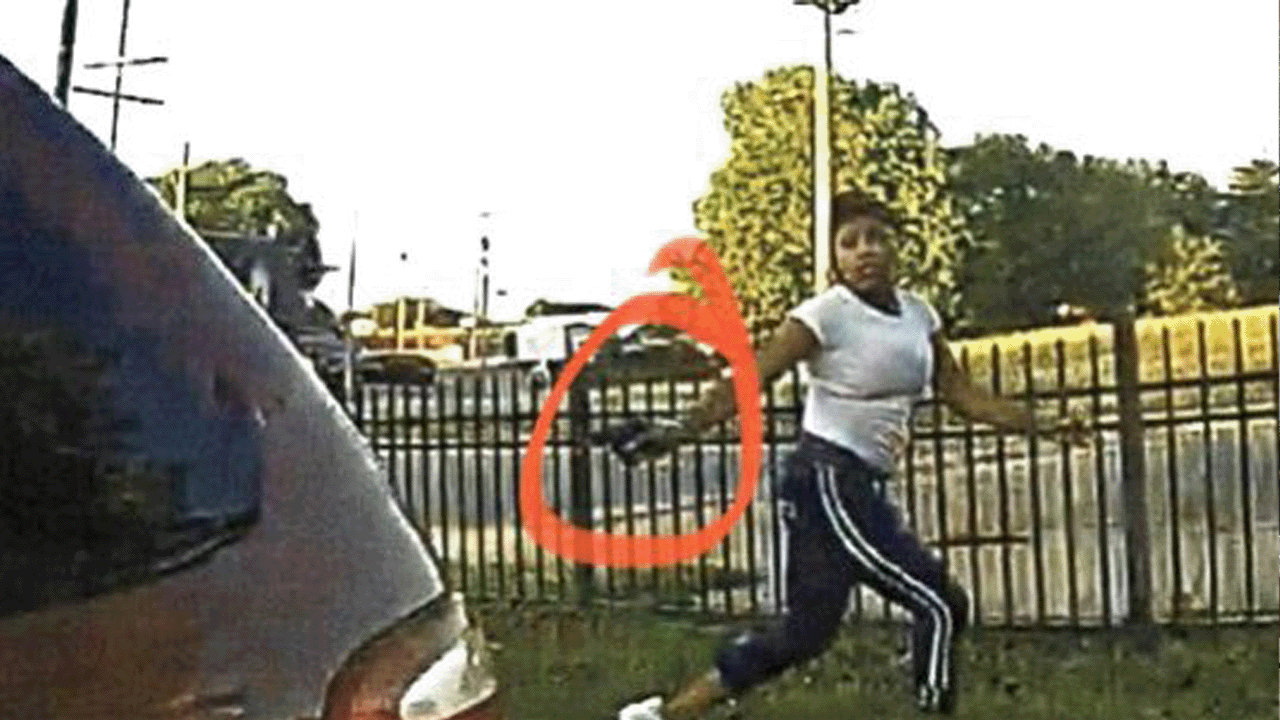 Numerous publications, academics and social justice activists falsely claimed that officers from the Kansas City Police Department shot an unarmed black woman who was pregnant. According to the activists, the woman who was claimed to be unarmed was ordered to get on the ground but was unable to do so on account of her pregnancy.

Newly released body camera images put out by law enforcement officials appeared to refute the claims as they depict a black woman armed with a handgun running away from police, brandishing her weapon toward officers.

The local prosecutor’s office announced that Leona Hale, 26, has been charged with several counts, including unlawful possession of a firearm, unlawful use of a weapon and resisting arrest.

“Video surveillance from body cameras showed Hale being told to drop the firearm and pointing it at the officers before the officers fired three shots,” Fox 4 reported. “One officer told investigators she feared that Hale was going to shoot her and she discharged her firearm one time. A second officer also told investigators that he believed Hale had a firearm pointed at him.”

Authorities’ review of the investigation “revealed the defendant, although she denied having a weapon at the time of the encounter with law enforcement officers, continually displayed a weapon during her encounter with police officers and also appeared to be attempting to flee,” said Jackson County prosecutor Jean Peters Baker in a statement to the press.

“The two officers stated that she was armed with what they believed to be a handgun,” Baker said. “Body camera footage confirms the officers’ statements that Hale was holding a handgun. Still photos, taken from body cam footage, of this encounter also demonstrate a weapon was present and in the hands of the defendant.”

Baker slammed the claims made on social media, referring to them as “false narratives.”

In a series of tweets, Ngo documented numerous examples of academics, leftist-oriented news organizations and Black Lives Matter activists who promoted the false claim that Hale was unarmed.

Verified news and music magazine @TheSource was a source of disinformation about the armed Kansas City woman who brandished an illegal pistol and got shot. https://t.co/hVrGEzfIk3 pic.twitter.com/hNejr7r0qZ

Despite being corrected, none of the individuals and organizations who promoted the false claim have retracted their reports.

“Some false narratives about what happened last Friday night at 6th and Prospect Avenue, unfortunately, were relied upon by some media and other sources,” said the prosecutor. “Our job, as prosecutors, is to remain neutral and review all evidence. Our review of body cam videos provided the actual accounting of events that night.”

The initial encounter was detailed by the Missouri State Highway Patrol shortly after it happened on Friday, writing, “On May 27, at 7:53 p.m. #KCMO officers spotted a suspect vehicle at the Family Dollar store located on Prospect & E. 6th. The suspect vehicle matched the description of an alleged armed carjacking suspect, reported by @KCKPDChief , a crime which apparently occurred in their city earlier in the evening.”

“As officers attempted to make contact with the occupants, the male driver (unidentified at this time) exited the vehicle and fled on foot & was apprehended,” the police continued. The female suspect (Leonna M Hale, 1/6/96, KS) exited the vehicle & fled into the parking lot. Two officers fired shots. A suspect handgun was recovered from the scene. Hale was seriously injured & her condition is stable. No other injuries.”