Jones, whose appearance on other popular podcasts have been censored or caused deplatforming of their hosts, spoke to Tyson after the boxer reached out in early April. 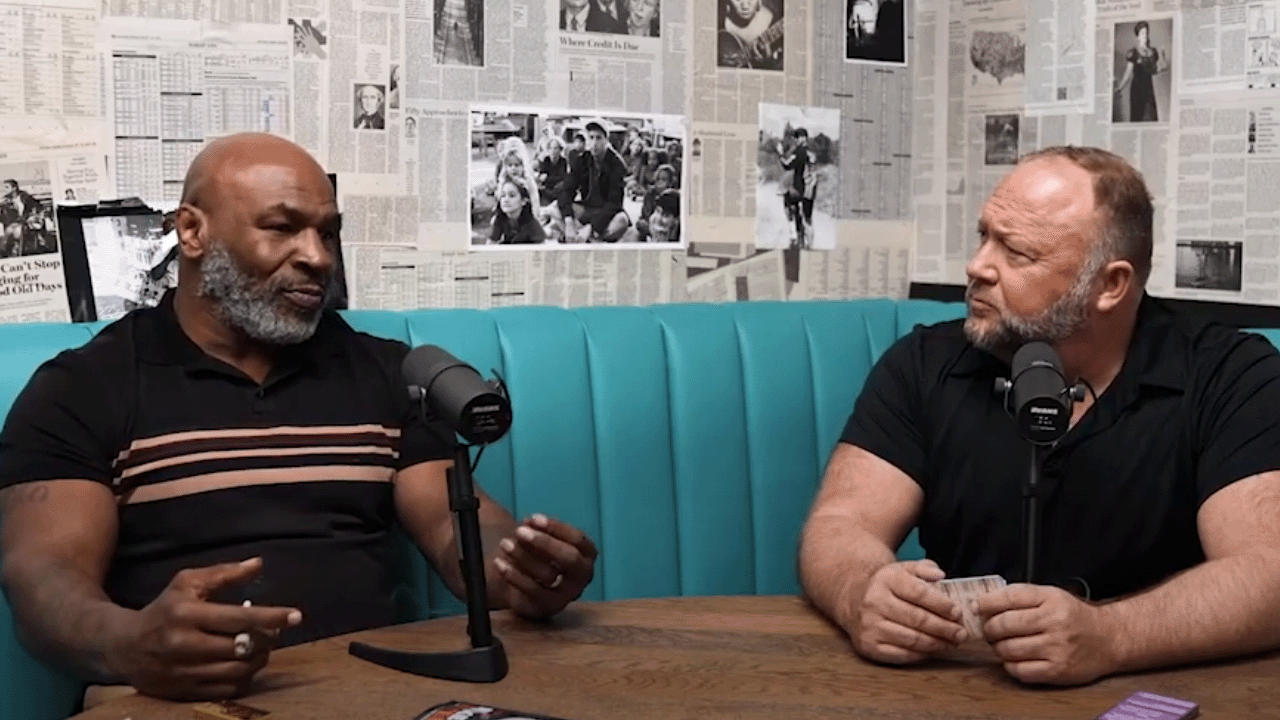 An interview between boxing superstar Mike Tyson and firebrand commentator Alex Jones on Tyson’s Hotboxin’ podcast has been censored reportedly due to pressure from groups who took offence at Tyson’s decision to platform the controversial political commentator.

Jones, whose appearance on other popular podcasts have been censored or caused deplatforming of their hosts, spoke to Tyson after the boxer reached out in early April.

As detailed by Paul Joseph Watson on Summit News, Tyson told Jones that he was a listener and a fan before inviting him onto the show.

The hotly anticipated interview was then conducted, with Jones and Tyson speaking about a host of controversial topics, which was “no doubt helped by mushrooms and pot consumed during the podcast,” Watson wrote.

Watson details how even though Jones and Tyson got along well during the podcast, Tyson pointed at several people in his production crew who didn’t approve of the show and warned him not to give Jones a platform to speak.

Despite the pleasantries given to Jones during the show, the podcast failed to air after a month of filming. Tyson informed Jones and assured him that the episode would be uploaded soon, however, one of Tyson’s assistants informed Jones a day later that the production company had decided to shelve the interview.

“It was also revealed that the reason for doing so was that the production company had come under pressure from YouTube and other outside interest groups that demanded the podcast never see the light of day,” Watson reported.

“The entire farce once again underscores the lightening scope of censorship, where Big Tech and other political interest groups can step in to stop a conversation between two icons being broadcast in America, a country founded on freedom of speech,” said Watson of the censorship. “Weaponized censorship is now such an ingrained modus operandi for the regime, they exercise the power not only to ban individuals from platforms, but to ban them from appearing on other shows, silencing them from engaging in the public arena entirely.”

Despite Tyson’s wishes to see the podcast episode released, it appears that for now the only place to watch the Tyson-Jones episode is on Jones’ own website. It is unlikely to see the light of day on any mainstream platform.