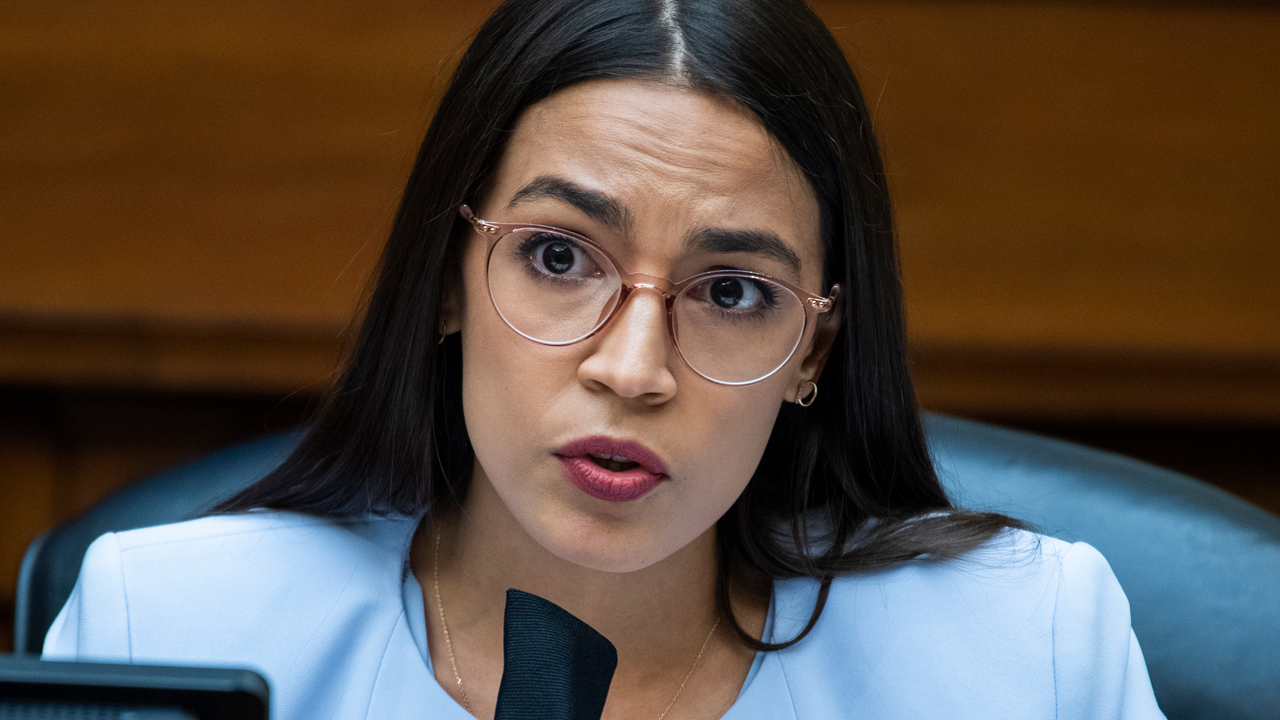 Rep. Alexandria Ocasio-Cortez appears to have her sights set on the leadership of the Democratic Party, striking out at both House Speaker Nancy Pelosi and Senate Minority Leader Chuck Schumer.

In a new interview with The Intercept, Ocasio-Cortez, who just won reelection in New York, said that both leaders no longer represent the Democratic Party, and complained that they both spent years building a concentration of power without “real grooming of a next generation of leadership.”

“A lot of this is not just about these two personalities, but also about the structural shifts that these two personalities have led in their time in leadership,” Ocasio-Cortez said. “The structural shifts of power in the House, both in process and rule, to concentrate power in party leadership of both parties, frankly, but in Democratic Party leadership to such a degree that an individual member has far less power than they did 30, 40, 50 years ago.”

The left-winger said that the Dems’ poor leadership pushes new progressive members of Congress to leave or run for state office.

Ocasio-Cortez’s remarks come amid tumult in the Democratic Party. Moderate liberals are challenging the socialist wing of the party in overall public messaging, which moderates say has cost them seats in the House. The loss of over a dozen House seats held by moderates has emboldened the party’s far-left elements, and pushed Ocasio-Cortez to the forefront.

Politico notes: “Schumer, who is 70 years old, was reelected as leader of the Senate Democratic Caucus last month, and Pelosi is positioned to be reelected as speaker in January — all but ensuring the House Democratic Caucus will continue to be governed by the same octogenarian triumvirate that has occupied the party’s top three leadership roles for the past 14 years: the 80-year-old Pelosi, 81-year-old House Majority Leader Steny Hoyer, and 80-year-old House Majority Whip James Clyburn (D-S.C.).”

Ocasio-Cortez said that the party’s moderates have failed to come up with a replacement for Pelosi, who has indicated that she expects her next term as Speaker to be her last.

“I think one of the things that I have struggled with — I think that a lot of people struggle with — is [that] the internal dynamics of the House has made it such that there’s very little option for succession, if you will,” said the progressive Democrat.

Ocasio-Cortez also offered criticism for her progressive wing of the party, which she says “isn’t really making a plan” ahead of Pelosi’s retirement, and warned that more conservative elements of the party may seek to replace Pelosi. However, she ruled herself out as a potential candidate for Speaker. “The House is extraordinarily complex and I’m not ready,” she said. “It can’t be me. I know that I couldn’t do that job.”

“The hesitancy that I have is that I want to make sure that if we’re pointing people in a direction, that we have a plan. And my concern — and this I acknowledge as a failing, as something that we need to sort out — is that there isn’t a plan,” Ocasio-Cortez said. “How do we fill that vacuum? Because if you create that vacuum, there are so many nefarious forces at play to fill that vacuum with something even worse.”