Conservative leadership candidate Pierre Poilievre reiterated his commitment to preventing any of his ministers, if he were prime minister, from attending summits hosted by the World Economic Forum. 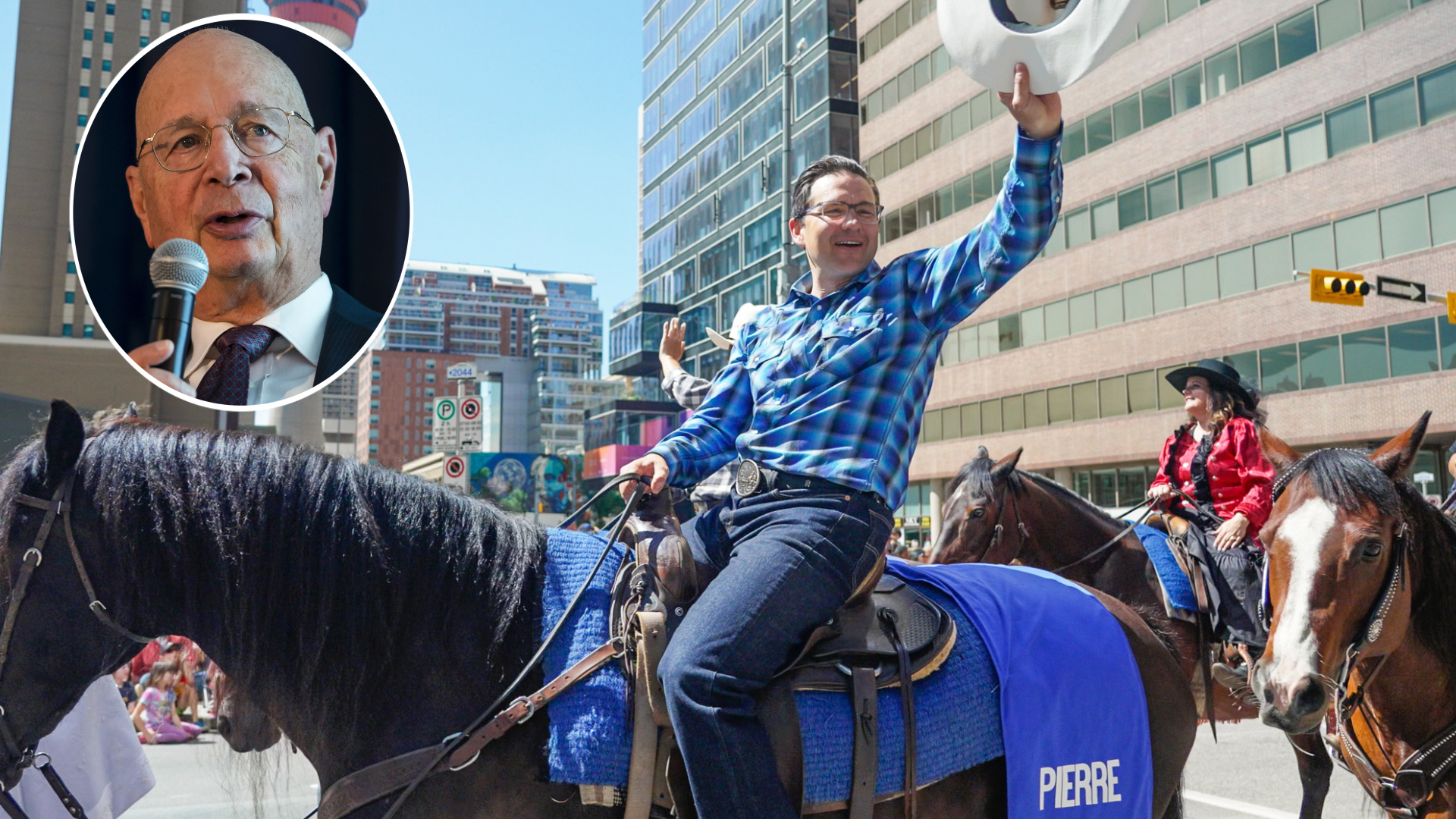 The frontrunner to become the next leader of the Conservative Party of Canada says he would ban ministers from attending events hosted by the World Economic Forum.

Speaking at a Calgary Stampede event hosted by W. Brett Wilson, perhaps best known for his time spent on Dragon's Den, Pierre Poilievre told a crowd of supporters that, if he were leader of Canada, none of his ministers would be allowed to attend global gatherings hosted by Klaus Schwab's World Economic Forum.

“Freedom is making our own decisions here at home and that means banning our federal ministers from attending the World Economic Forum,” Poilievre told a cheering crowd of supporters in a video shared to social media by True North's Rachel Emmanuel.

With tensions mounting over inflation and supply chain issues globally, organizations like the WEF have faced scrutiny as some segments of the public push back against what they see as foreign influence on their country.

In the past, Schwab has boasted about his close relationship with Prime Minister Justin Trudeau, and Deputy Prime Minister Chrystia Freeland is currently listed as a member of the WEF's board of trustees. Poilievre has repeatedly blasted the organization during his leadership campaign.

Questions arose when it was discovered that Poilievre's name was listed on the WEF's website, though it has since been removed. The Ottawa-area MP said that he didn't know why the WEF listed his name on their website, and that he had his staff reach out to try to find an answer.

“The only explanation they had that made any sense was that they republished an article of mine,” Poilievre explained. “They have publishing agreements with papers and I write a lot of articles in many papers.”

“Of course I'm not a part of it,” Poilievre said. “The thing that makes me a little frustrated is that I'm the only guy that has spoken out against that organization.”

Poilievre also made similar statements when he was asked about any alleged links to the WEF while campaigning this spring.

“Unlike Maxime Bernier I’ve never been to the Davos conference” MP Pierre Poilievre, responded when he and Mrs. Poilievre were questioned about the WEF & WHO’s influence over Canada. pic.twitter.com/nypbzfReD6

John Baird, one of four national co-chairs of Poilievre's campaign, and who served as the minister of foreign affairs in Stephen Harper's government, attended and spoke as part of a group conversation the WEF's Davos summit in 2015 and is still listed on the organization's website.

Rebel News is working on a long-form documentary series examining the World Economic Forum and its plan for a Great Reset. To see the first episode in the series, and to support the production of future episodes, visit ExposeTheReset.com.