BOMBSHELL: Fifth instalment of Twitter Files reveals how Trump was banned despite no violation of Twitter's terms of service

Trump was banned on Jan. 8, 2021, just two days after a mob of rioters stormed the Capitol building and interrupted the certification of Joe Biden’s 2020 victory at the election. 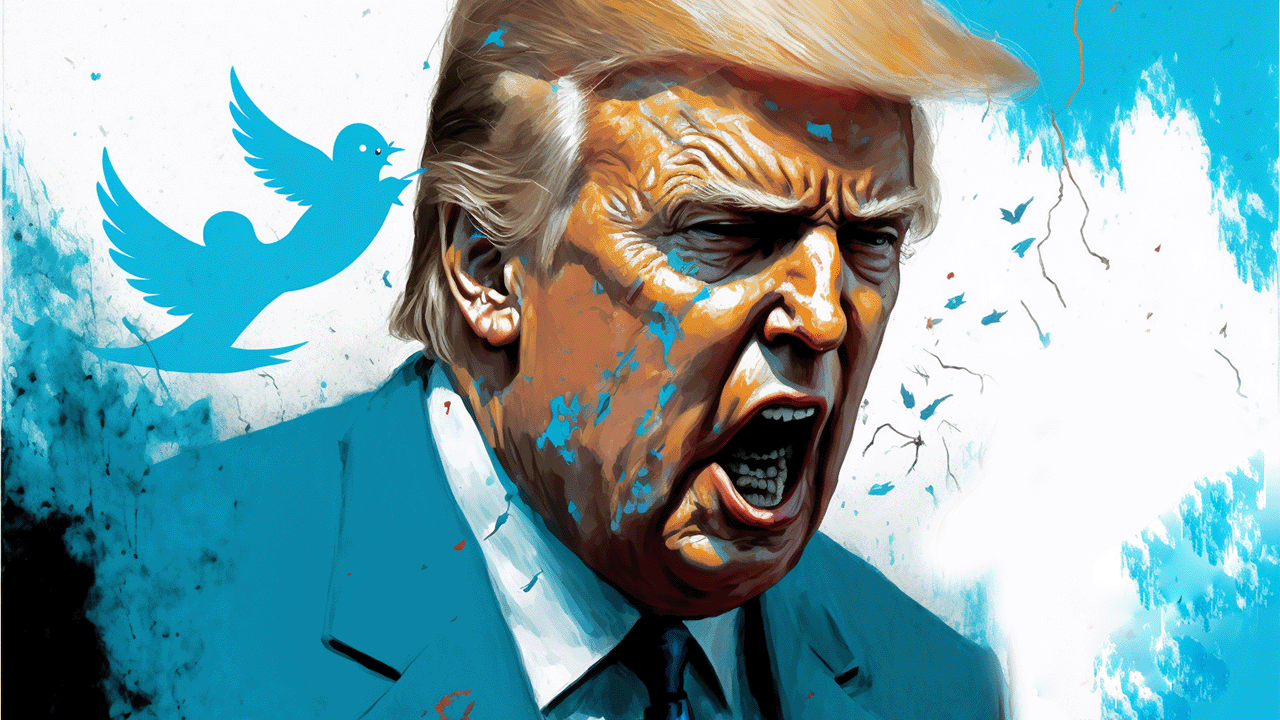 The fifth instalment of the ongoing drops revealed how staffers inside Twitter pushed for the former president to be banned following last year’s riot at the U.S. Capitol despite the company finding no policy violations of the president’s tweets.

1. On the morning of January 8, President Donald Trump, with one remaining strike before being at risk of permanent suspension from Twitter, tweets twice.

The drop details how the company skirted its own rules on government officials — citing several instances where leaders of other countries made direct calls for violence against groups within and outside of their countries with no lasting repercussions on Twitter aside from having their tweets deleted.

Trump was banned on Jan. 8, 2021, just two days after a mob of rioters stormed the Capitol building and interrupted the certification of Joe Biden’s 2020 victory at the election.

According to Weiss, Trump tweeted on the morning of Jan. 8, once to praise his almost-75 million voters to write, “They will not be disrespected or treated unfairly in any way, shape or form!!!”

In a subsequent tweet, Trump wrote that he would not be attending Biden’s inauguration on Jan. 20.

Per Weiss’s reporting, the first tweet caused a conflagration within Twitter’s upper ranks, with one employee proclaiming that “We have to do the right thing here and ban his account.”

“[E]xtraordinary circumstances demand extraordinary leadership,” wrote another employee. A third added, “its [sic] pretty obvious he’s going to try to thread the needle of incitement while not violating the rules.”

As detailed by the journalist, those in charge of determining policy decisions at Twitter saw nothing wrong with either message.

“I think we’d have a hard time saying this is incitement,” wrote one. “It’s pretty clear he’s saying the ‘American Patriots’ are the ones who voted for him and not the terrorists (we can call them that, right?) from [Jan. 6].”

“I’ll respond in the elections channel and say that our team has assessed and found no [violations] for the DJT one,” she wrote.

The internal messages reveal how Twitter employees were at a crossroads on whether to take action against Trump.

“Maybe because I am from China, [but] I deeply understand how censorship can destroy the public conversation,” wrote one concerned employee.

Another reply claimed that the former president “clearly attempted to overthrow out Democratic system of government and showed no signs of remorse … if this is not a clear reason to suspend him … i’m [sic] not sure what would be.”

Elon Musk reinstated Trump just a month after he took over the company, but the former president has yet to make an appearance — likely due to his existing agreements with Truth Social.

On Saturday, writer Michael Shellenberger released the fourth batch of the Twitter Files, outlining how Twitter employees including Yoel Roth, the former head of the company’s “Trust and Safety” department, pushed for policy changes to hit the former president.

Details of the company’s actions under Twitter’s previous leadership were exposed at the start of December when journalist Matt Taibbi detailed how the social media platform censored the New York Post’s reporting of the Hunter Biden laptop scandal.

A second instalment, published by Weiss, covered the company’s use of “visibility filtering,” or shadowbanning, of conservative users. A further third instalment covered Twitter’s contact with federal officials over so-called “misinformation” on the site.