BREAKING: Could the ‘targeted attack on emergency vehicles’ in Smithers, B.C. be related to eco-terrorism?

Rebel News reached out to the Sunshine Inn and further questioned the RCMP to confirm whether or not any of the vehicles that were damaged in the fire were routinely operated by police or employees who work with the Coastal GasLink. 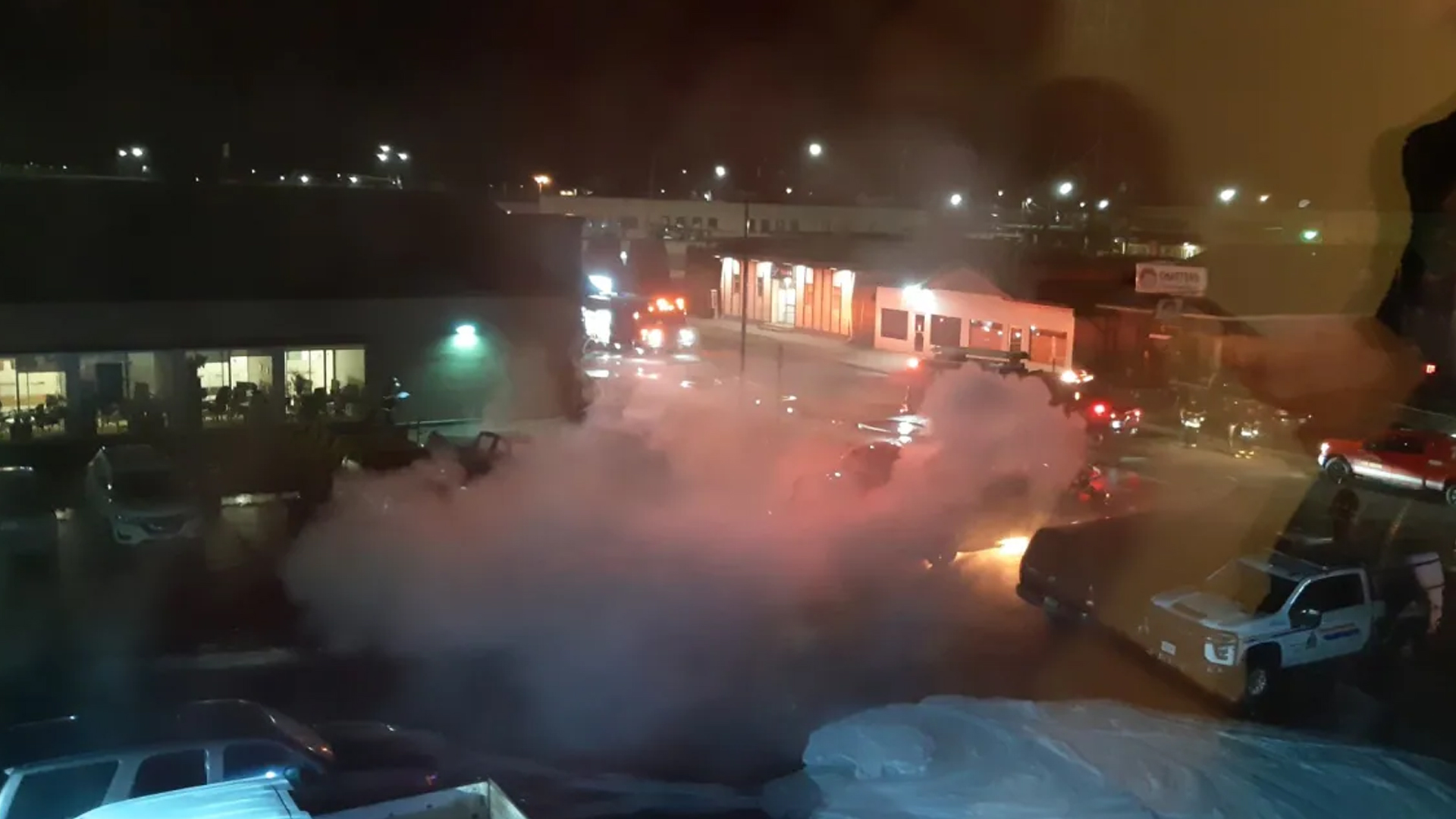 At around 4:30 am yesterday morning, a suspicious fire engulfed emergency vehicles that were parked at the Sunshine Inn Hotel in northwestern B.C.’s Smithers.

The fire, which RCMP just confirmed “appears to have been a targeted attack on emergency services vehicles,” significantly damaged four RCMP vehicles, one B.C. ambulance, and three other vehicles before it was contained by first responders.

A handful of emergency vehicles went up in flames in Smithers BC yesterday.

Full report on what’s missing from state-backed media’s reports about this coming soon at https://t.co/Gi9Wj4LxWc pic.twitter.com/xyoQQu5VsR

“It’s the place where the RCMP all stay from the Coastal GasLink,” a Smithers resident who provided us with footage of the fire's aftermath told Rebel News. The citizen, who prefers his name stay unpublished due to his line of work that is sometimes associated with the Coastal GasLink (CGL), says “there are always a steady stream of police looking after the Coastal GasLink there at that hotel,” and that all of the Smithers locals are aware of that.

The tipster, who believes this could have been an eco-terrorist attack, says ever since a group of armed, masked, and violent attackers assaulted Coastal GasLink (CGL) security guards earlier this year, there has been an increase of police in the area. The “highly planned” violent attack mentioned occurred on an oil drill site near Houston, B.C., which is less than an hour away from Smithers. The group of assailants were armed with axes and terrorized Coastal GasLink employees and their security, going as far as attempting to set a vehicle on fire whilst CGL workers were inside of it.

Foreign-funded left-wing eco-terrorist just committed more violence in one day than 100,000 truckers have done in three weeks. But they’re Gerald Butts’s people, so they get special permission for violence. It’s the peaceful truckers who must be crushed. https://t.co/FhWncRH4vZ

A B.C. filmmaker and Wet'suwet'en land photographer (Wet'suwet'en territory runs along the Bulkley River and around Smithers), named Micheal Toledano took to Twitter to hint at more adding to theories behind a possible motive behind the suspected arson.

A group of RCMP, gov't, and industry vehicles were torched at a Smithers, BC hotel around 4am this morning.

For months, out-of-town RCMP have flown in to the area to target and harass Wet'suwet'en land defenders. staying at this hotel and using these vehicles for patrols. pic.twitter.com/V88pN4zhdr

Toledano alleges that the vehicles that were torched in the fire were being used by “out-of-town RCMP” who came to the area “to target and harass Wet'suwet'en land defenders” for months.

Despite an agreement that was made in 2019 between Wet'suwet'en hereditary chiefs and the RCMP permitting the enforcement of an interim injunction to allow pipeline workers onto the nation's traditional territory, Toledano was previously arrested at a Coastal GasLink protest camp. Coastal GasLink later dropped the civil contempt charges that were laid against him in 2021.

Agreements were not just made with the RCMP to further pipeline work. Some Wets'uwet'en councils have signed mutually benefiting pipeline agreements with Coastal GasLink, to among other things, help address concerns with the poverty their people live with.

Yet the push to end the CGL, sometimes unlawfully, has been a re-occurring theme. Just this Monday, a criminal defence lawyer for some who were charged with criminal contempt after RCMP cracked down on an unlawful pipeline blockade on Wets'uwet'en traditional territory announced that five of those charged will be pleading guilty to the offence.

“Thankfully no one was hurt in the fire, which is the most important thing,” Corporal Madonna Saunderson wrote in a statement sent to Rebel News about the destruction of the emergency vehicles.

In their preliminary investigation, police are “continuing to review the physical and digital evidence already gathered from the incident, including CCTV footage” and are requesting that anyone with more information come forward, including those who have dash cam footage of individuals traveling between Houston and Smithers, and near the Sunshine Inn between 1:00 am and 6:00 am on Oct 26.

Rebel News reached out to the Sunshine Inn and further questioned the RCMP to confirm whether or not any of the vehicles that were damaged in the fire were routinely operated by police or employees who work with the CGL. A receptionist at the hotel did not wish to speculate or offer much info about the hotel’s guests but did state that Coastal GasLink security and employees frequent the area and that “if they can’t find a room here, they will find a room somewhere else.”

Cpl, Saunderson responded to the further inquiry by stating that she has “no further information” at this time.

While the story has been reported by the legacy media, no outlet seems willing to ask whether or not this apparent attack on emergency vehicles at the Sunshine Inn has anything to do with it being a hotel where people who keep pipeline workers safe frequent. If you appreciate that Rebel News isn’t afraid to share the other side of the story, consider staying informed with our exclusive content while contributing to our journalism by subscribing at RebelNewsPlus.com