The scandal-plagued mayor of Brampton, Ontario, and former leader of the Ontario PC Party, was disqualified from the Conservative Party of Canada leadership race Tuesday night. 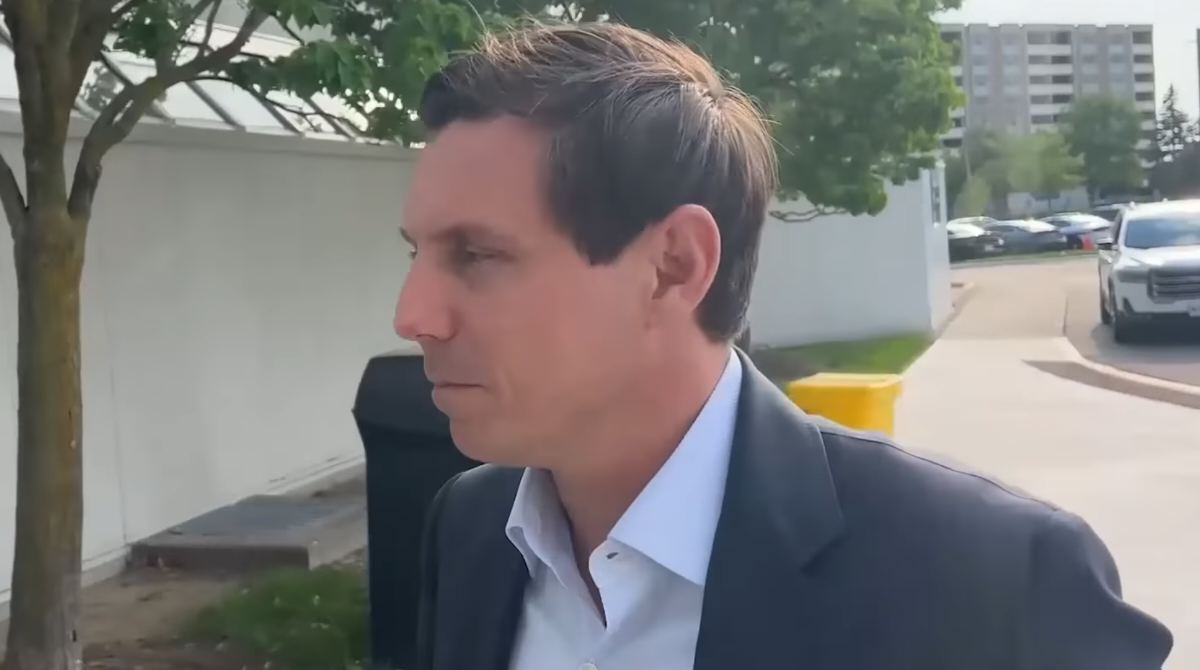 “In recent weeks, our Party became aware of serious allegations of wrongdoing by the Patrick Brown campaign that appear to violate the financial provisions of the Canada Elections Act," stated Ian Brodie, chair of the leadership election organizing committee.

The news of Brown's removal as a candidate was first broken by the National Post.

Here is our story: https://t.co/cGqxFxOM9m

The article was followed by an email by Brodie, sent out to party members and supporters at 10:55 p.m. Eastern on Tuesday night.

“Throughout the investigation into these allegations, the Chief Returning Officer and I have done our best to be fair to the Patrick Brown leadership campaign and provide them with the time they need to substantively refute these allegations,"

"We regret having to take these steps but we have an obligation to ensure that both our Party’s Rules and federal law are respected by all candidates and campaign teams. None of these problems has any impact on the integrity of the vote itself."

“While we felt it important to provide a transparent response to Party members about this matter, because this issue is now subject to further investigation, we will not be speaking further on the subject.”

Brown, the current mayor of Brampton, Ontario has repeatedly levied harsh criticism at Conservative leadership front-runner Pierre Poilievre for his support of the freedom convoy. The two contenders have traded barbs for months.

It is unclear if the disqualification of Brown is related to a Rebel News investigation wherein reporter David Menzies uncovered several senior Brampton city staff working in a campaign office during regular work hours.

There is also a lack of clarity around when or if the staff working at the secret Brown campaign office began leaves of absence from their city duties. To learn more about that exclusive investigation, visit SneakyPatrick.com.

Prior to the investigation into city staff working on the Brown campaign, last year Menzies also caught Brown with his hockey bag at a municipal arena where his hockey buddies were playing shinny on a private ice surface maintained with public funds.

At the time, Brown had locked off playgrounds, sent by-law officers to enforce social distancing at soccer fields and hired private security to patrol the graveyards for mourners consoling each other in contravention of Brown's covid edicts. In spite of this, Brown has attempted to rebrand himself as Canada's anti-lockdown mayor.

Patrick Brown responds to questions from Jerry Agar regarding the hockey rink incident & his recent scandal involving city of Brampton officials allegedly working on his Conservative campaign, while being paid by the city.

Since the Rebel News investigation into Brown's leadership campaign, members of Brampton city council have demanded answers from Brown.

Brampton City Councillors say Patrick Brown is shutting down hearings, as his latest scandals emerge, including having “taxpayer-funded City Hall staff to work on his federal campaign to become the Conservative leader”. pic.twitter.com/5wG7flC7kS

Brown was scheduled to appear at the Western Standard's leadership debate Friday in Calgary.

Why is the party doing this? It was expecting a coronation for Pierre Poilievre. When the final membership numbers came in, it became clear Poilievre did not have the points to win this race. The attempt to silence Canadians and skirt democratic values through this unfounded disqualification is the only way to ensure his victory was secured.

Statement from the Brown campaign. pic.twitter.com/gzgpu1yeuB