Calgary police arrest another pastor, fine others for honking in weekend enforcement blitz

Alberta's largest city continues to enforce a crackdown on demonstrations, which has resulted in numerous arrests and fines for citizens honking in support of anti-mandate protesters. 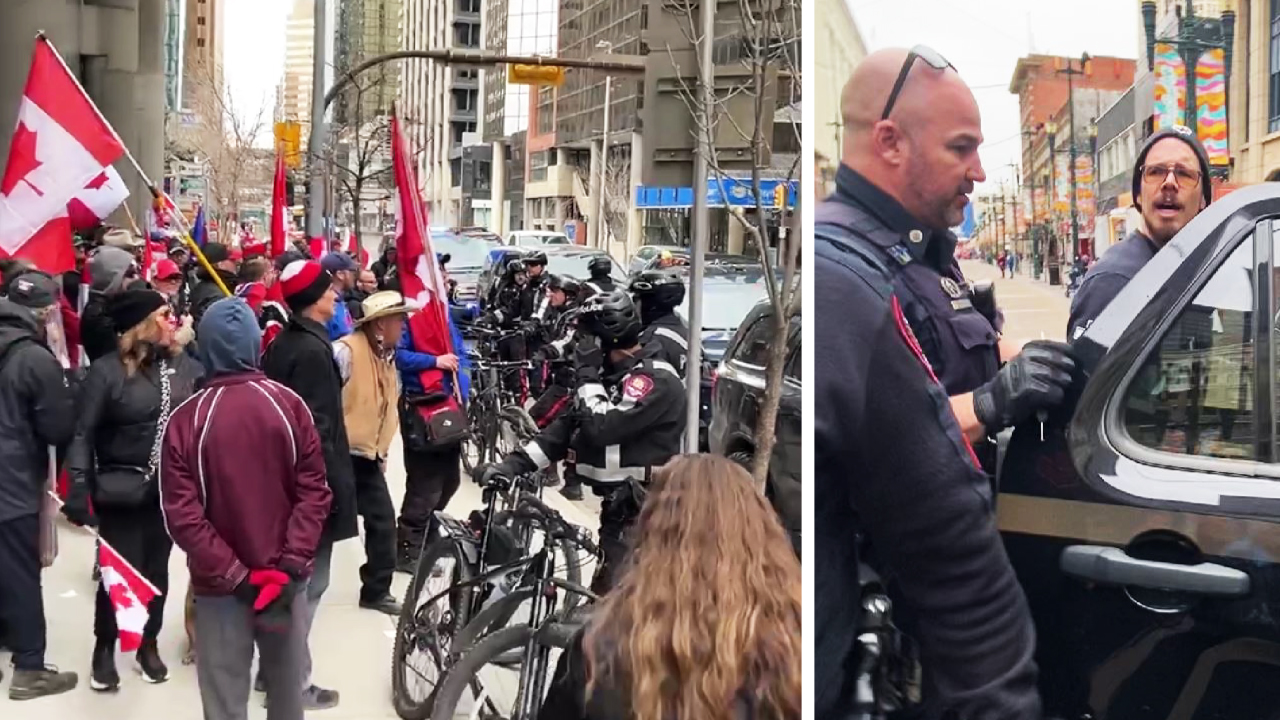 Update (April 6, 2022): This story has been updated to reflect that Calgary police did not arrest Derek Reimer on outstanding warrants. Rebel News has reached out to the Calgary Police Service for comment on the individual arrested during the protest, but has yet to receive a response.

This past weekend marked the third consecutive week that Calgary police announced an anti-protest court injunction will be enforced against the peaceful weekly pro-freedom demonstration that has been taking place for nearly two years without issue.

Saturday’s protest saw the arrest of Pastor Derek Reimer from Mission 7 Ministries and several passersby who honked as they drove past.

According to a statement from Calgary police, one individual was arrested for outstanding warrants, while an additional eight tickets were issued.

While Reimer appeared to be the only person arrested at the protest, no name of the individual was provided by Calgary police. Reimer has denied that he was detained for outstanding warrants and says he was released by police shortly after the incident.

“Police and partner resources coordinated once again to ensure there was minimal disruption to downtown residents and visitors during the planned demonstrations,” the release from Calgary police read.

With police and bylaw officers deployed throughout the city for enforcement, the question arises: just how much money are taxpayers being billed by the City of Calgary to to heavily enforce the Charter-protected right to protest?

“Although specific officer numbers are not released to protect police tactics, several teams from the service were used to police the demonstrations in conjunction with our partners,” police's statement said, adding that the operation “included members from the patrol, public safety unit, beats and mountain bike unit, traffic section, major events, and emergency management section, as well as investigative resources.”

Rebel News has had a team covering the protests, and will continue bringing you the latest updates directly from the scene, like last weekend's report filed by Adam Soos.