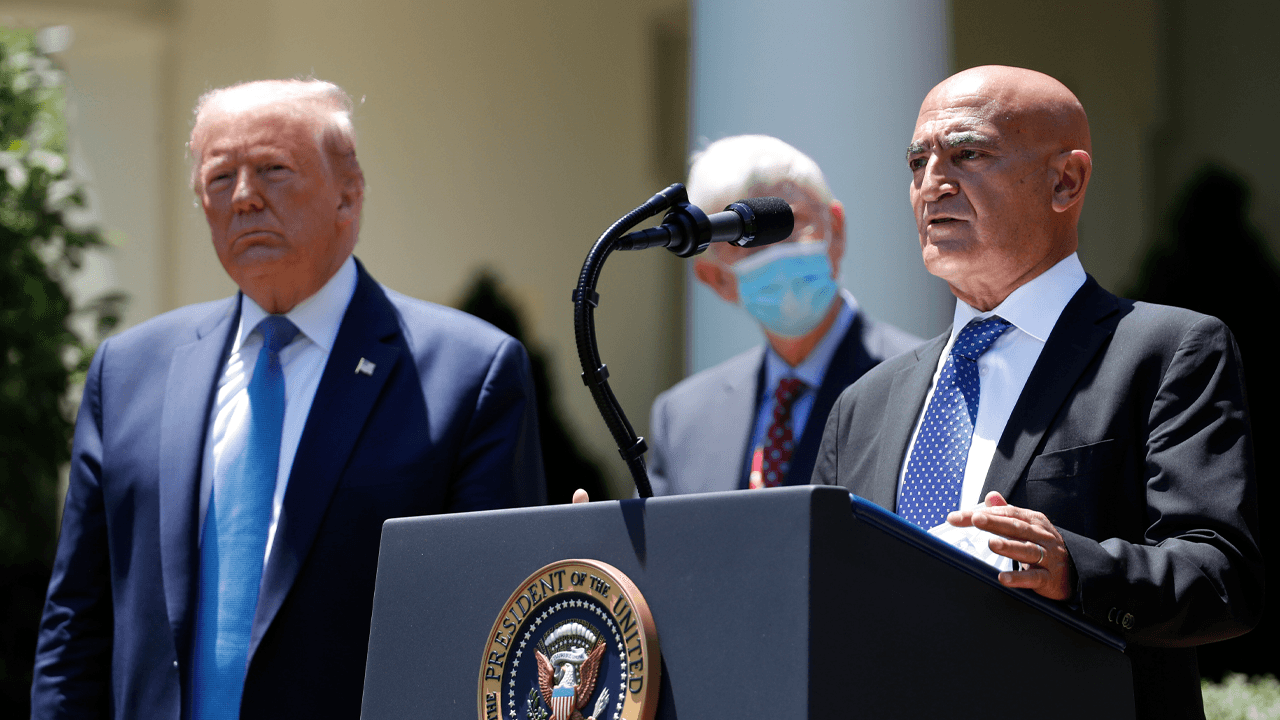 Dr. Moncef Slaoui, the chief scientist of Operation Warp Speed, has rebuked Joe Biden, who falsely claimed that the Trump administration had no plans to issue a coronavirus vaccine to Americans.

Speaking at a press conference in Delaware last week, Biden stated that the Trump White House had no detailed plan to release the vaccine to individuals.

“There is no detailed plan that we’ve seen, anyway, as to how you get the vaccine out of a container, into an injection syringe, into somebody’s arm,” Biden said.

Through the course of Operation Warp Speed, several pharmaceutical companies have developed vaccines — some of which have already been approved in other parts of the world, but remain under evaluation by the American Food and Drug Administration — with several more still on the way. Trump’s plan promised that the vaccine would be released and available to most Americans vulnerable to COVID-19 by the first quarter of next year.

Slaoui slammed the presumed Democratic president-elect, and stated that there is a scheduled shared briefing this week with the prospective Biden administration regarding the release of the vaccine.

Speaking to CNN’s State of the Union on Sunday, Slaoui said that the White House has a plan to release the vaccine and that the Biden team has a scheduled briefing on the subject this week. He suggested that Biden would have been well aware of the plan, and its operation when he made his remarks criticizing the Trump administration.

“Slaoui will be the latest top health official to meet with the Biden team as the transition gets underway,” reported NBC News. “Dr. Anthony Fauci, director of the National Institute of Allergy and Infectious Disease, agreed to serve as Biden’s chief medical advisor last week and met with the incoming administration.”

Slaoui told CNN that he thinks the vaccine will be long lasting, between 2 to 3 years, “prolonging our protection for many years.” Slaoui has also expressed his support for both the Pfizer and Moderna vaccines, stating that they are safe with “no serious adverse side effects” having been reported during their trials.

“It’s absolutely vital that everybody take comfort in the fact that we have light at the end of the tunnel, and find the energy in that to continue to wear our masks, distance, wash our hands, pay attention to what we’re doing to make sure we’re there by the spring to benefit from the vaccine,” Slaoui said.

The first shipment of the vaccines will begin after they receive official authorization from the FDA. The administration is set to hold hearings on their release later this month.