For a while, the truckers allowed commercial vehicles to pass through the checkpoint, before preventing commercial traffic from passing through. 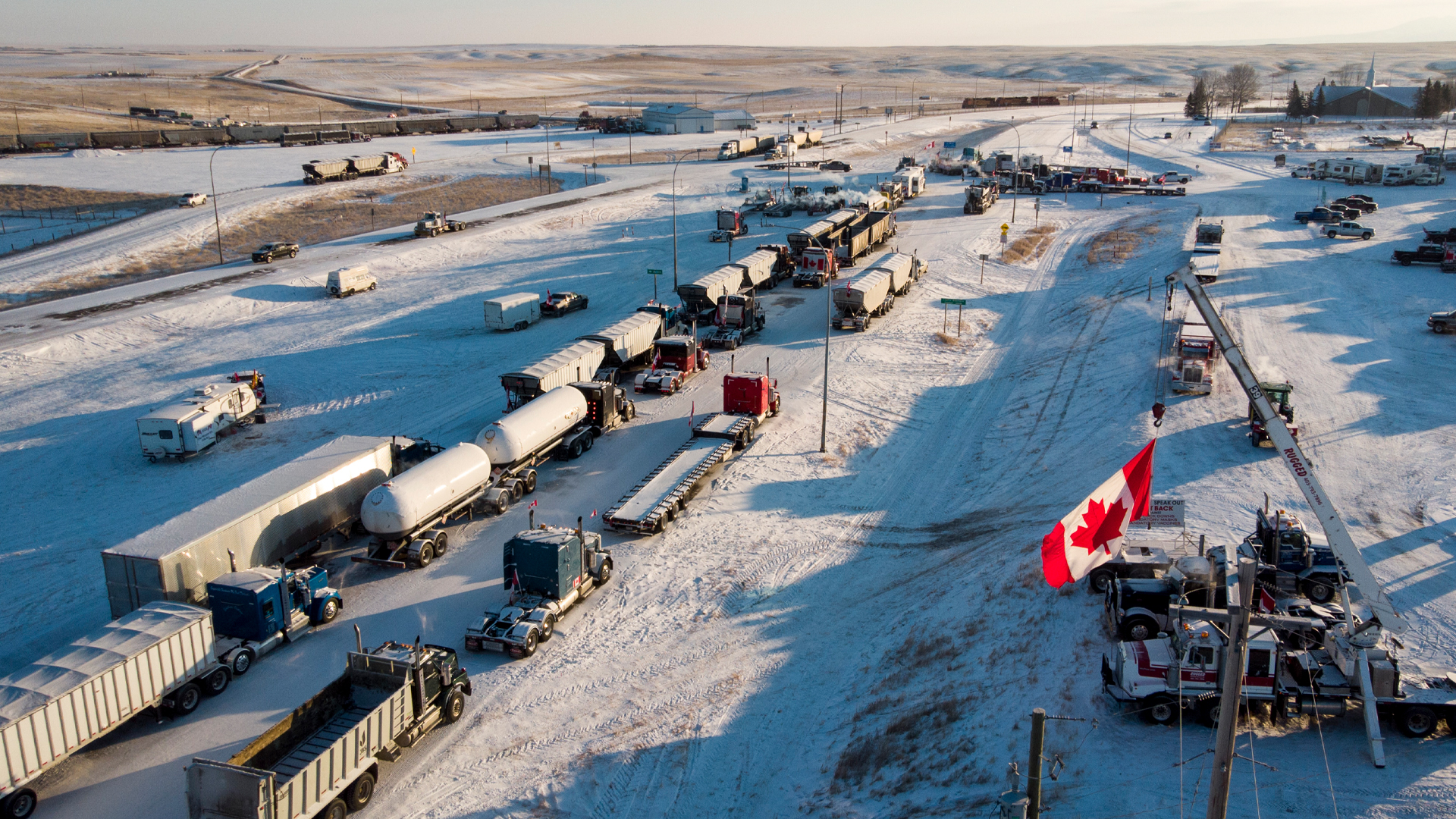 The growing blockade protest at the U.S.-Canada border continues to intensify, as the local government in Alberta is reportedly discussing a response to the truck drivers who are asking the government to lift its COVID-19 mandates.

As detailed by Rebel News’ Kian Simone, who interviewed one of the protest organizers on Wednesday morning, the organizer said the RCMP came to the blockade to offer aid to truckers whose rigs were frozen, including mechanics and vehicle technicians. The organizer praised the RCMP’s show of consideration and made clear that the truckers wanted to speak to Alberta Premier Jason Kenney.

“We need to have a table discussion with Jason Kenney,” the trucker said. “We’re not hard-hammered here to keep this thing closed. We want this border open as well. It affects everybody … But it’s time now that we need to sit down and discuss what’s going on, and what the Canadians, Albertans want. We need change. This can’t continue like this. This thing is getting bigger and bigger … and it’s not gonna stop. People are upset. They’re done with this. It’s time.”

UPDATE: Day 5 of the protest in Coutts where hundreds of truckers are blocking the border in protest of the mandates.

They want to speak to Kenney.

RCMP showed early this morning, hear from a trucker about it yourself below.

As detailed by Rebel News’ Efron Monsanto, the RCMP estimates that 10,000 trucks and other vehicles are part of the Alberta blockade, based on a statement by Premier Kenney.

Premier Kenney says the RCMP estimated 10,000 trucks and other vehicles were part of the initial convoy Alberta Blockade this past Saturday.

Following a full day of little to no progress, the truckers sang the national anthem.

Truckers sing the national anthem after a tiring day in the freezing cold.

Will be back tomorrow with updates.

As detailed by Kian Simone, the RCMP blocked hundreds of supporters from entering the Coutts blockade in the evening.

BREAKING: The RCMP checkpoint in Milk River, Alberta is jam packed with HUNDREDS of supporters who can't get through to Coutts.

The truckers inside the blockade need your help, donate to their legal defence at https://t.co/HejJhb4xFA pic.twitter.com/6U0yDeEfnn

“After a third commercial truck passes the checkpoint, the tractor who recently showed moved to block any further from coming through,” Simone reported. “Protesters are furious they aren't allowed to support their fellow truckers in Coutts.”

After a third commercial truck passes the checkpoint, the tractor who recently showed moved to block any further from coming through.

Protestors are furious they aren't allowed to support their fellow truckers in Coutts.

Watch a pickup truck be stopped trying to follow the semi pic.twitter.com/zAiMUjVUND

For a while, the truckers allowed commercial vehicles to pass through the checkpoint, before preventing commercial traffic from passing through.

I've recieved confirmation from an inside source that the blockade will no longer be allowing commercial traffic to pass and will be staying the night here until more is brought to the table tomorrow.

Help the truckers at coutts in their legal defence at https://t.co/HejJhb4xFA pic.twitter.com/tiHlTR2Pp0