Thousands of supporters of the blockade are being restricted from entry to the Coutts area as local RCMP have erected barricades of their own to prevent the Coutts protest from growing. 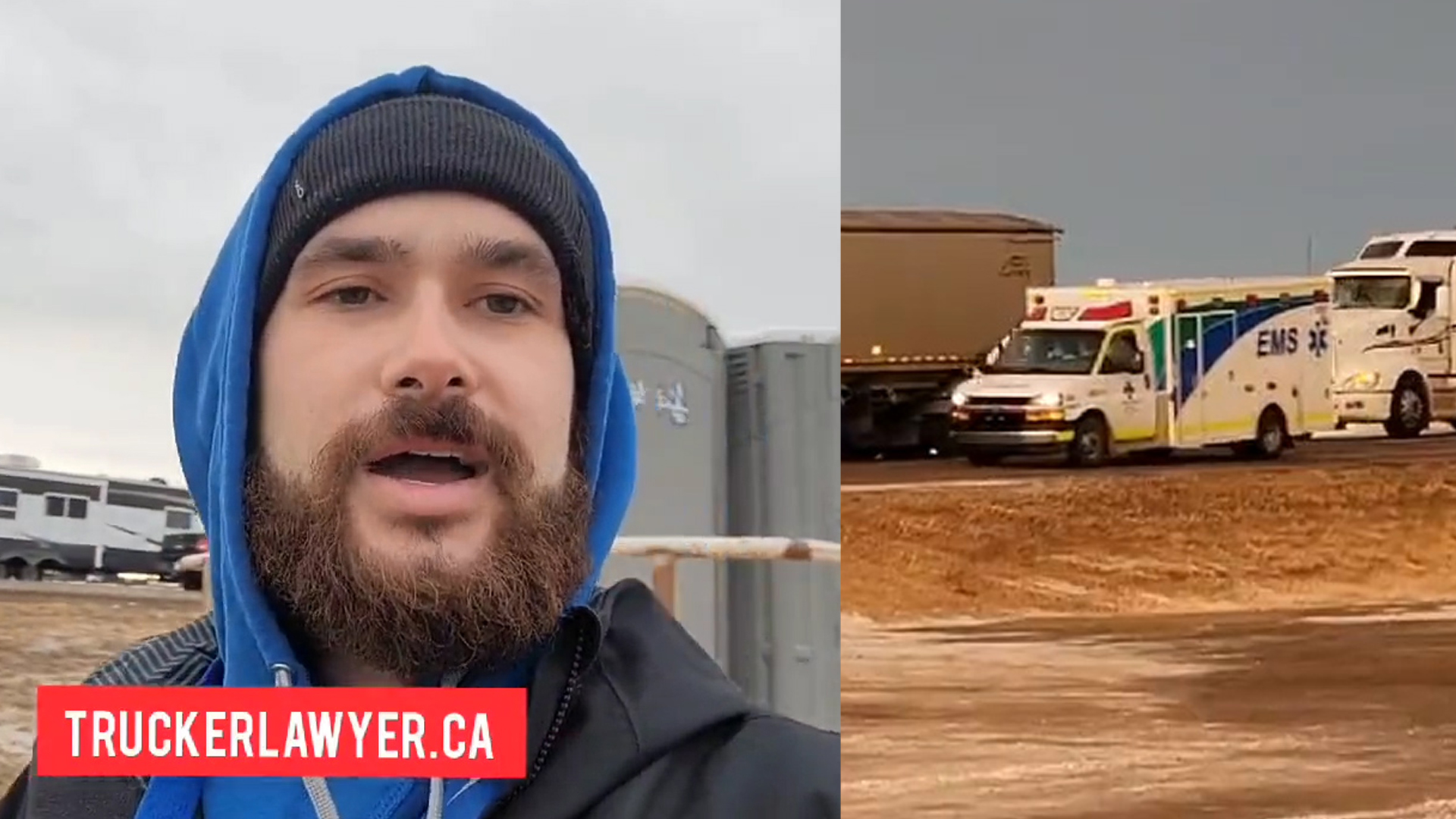 Update: Statement from Trucker Lawyer
"The Coutts Border crossing remains temporarily opened to one lane of travel in each direction in accordance with the protesters' good faith gesture to accommodate immediate needs of travellers and in anticipation of fruitful, productive policy movement by the government, which was extended earlier this week. Demonstrators remain steadfast and will not leave until a proper and satisfactory resolution is reached and will be closely monitoring the position of the government and law enforcement. Demonstrators are optimistic, but their optimism is guarded at this juncture. Word is... local cowboys and cowgirls are en route to support the truckers."

Emergency vehicles were seen crossing the border as one lane remains open to traffic at the Coutts, Alberta border crossing into Montana.

PROOF: First responders have no issue getting around the protest.

The narrative of the MSM is falling apart.

Help us continue to show you the truth of this story by donating at https://t.co/NxAr5V5Iko pic.twitter.com/PkD4rOOndM

Saturday marks a full week of protests against coronavirus lockdown restrictions at the main artery between Alberta and the United States as truckers, farmers and hundreds of their supporters continue to amass near the village.

Just passing through the RCMP checkpoint that has thwarted efforts of receiving food and medical supplies for the truckers inside Coutts.

Help us by donating at https://t.co/NxAr5V5Iko as we will likely be here a few more days.

Thousands of supporters of the blockade are being restricted from entry to the Coutts area as local RCMP have erected barricades of their own to prevent the Coutts protest from growing. The largest contingent of supporters is in Milk River, 20km away.

Milk River police barrier from above.

Police have a barrier set up which actively prevents these supporters from joining the Coutts blockaders closer to the border.

Support the legal defence of the Coutts truckers at https://t.co/FgSvcLwSPy pic.twitter.com/QsC5lMhaah

I caught up with one of the hundreds of supporters who is stuck behind the RCMP checkpoint in Milk River.

It seems that most of the people there have either lost their job or were forced to quit due to the mandates.

This is the first time they've felt real community in 2 years. pic.twitter.com/dfRc3IKxP7

THE COWBOYS HAVE ARRIVED!

All walks of life affected by the mandates are at the RCMP checkpoint in Milk River.

These supporters share the same intention as the truckers inside the locked down border town Coutts - they aren't moving till all mandates are lifted. pic.twitter.com/j80RLB9dcb

Just outside Coutts, Alberta where thousands of protesters are being prevented by RCMP from joining the rest of the #TruckersForFreedom2022 convoy. People have been camping here for days, and say that they won’t leave until all restrictions are abolished. https://t.co/Apz9xO8v9h pic.twitter.com/s2RyarZLB3

Rebel News has had two journalists, Kian Simone and Syd Fizzard, embedded at the blockade since Sunday. To support our independent journalism, please visit www.ConvoyReports.com.

Rebel News is also crowdfunding a team of lawyers from Williamson Law in Calgary to assist the truckers in their negotiations with the police. Donations can be made to the truckers' legal fund at www.TruckerLawyer.ca.