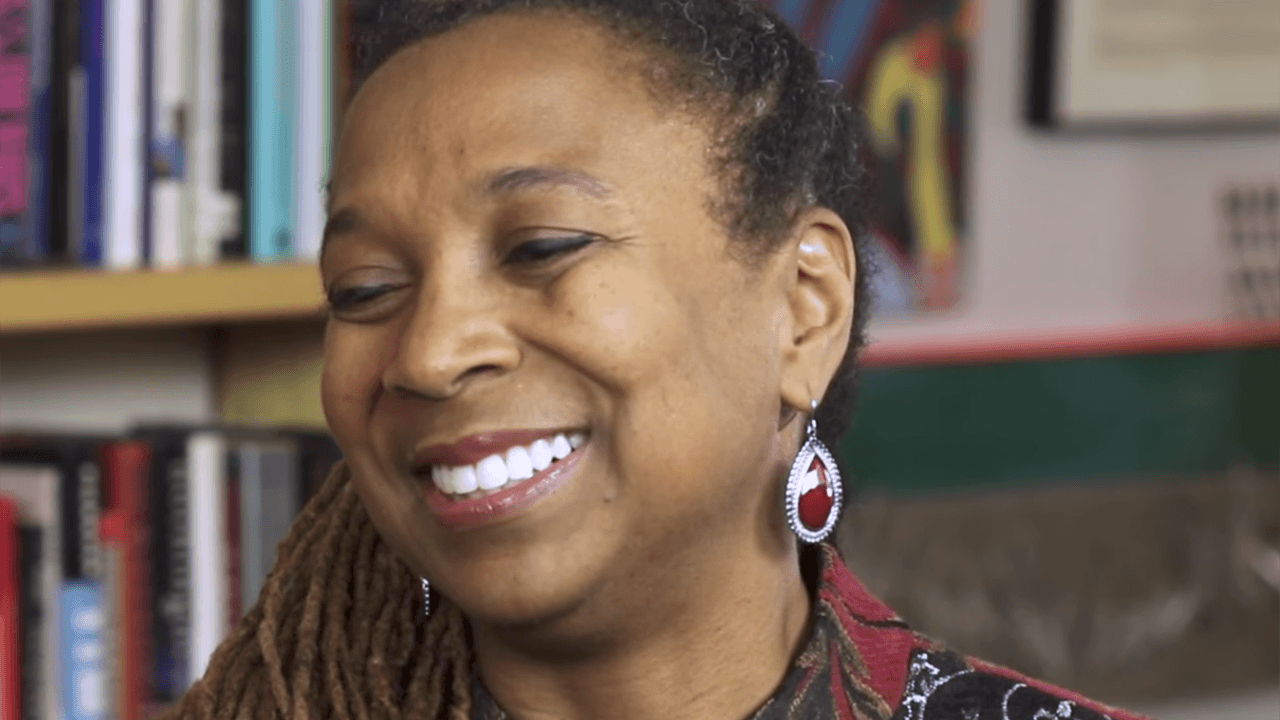 One of the progenitors of critical race theory, Prof. Kimberlé Crenshaw, says that American children must learn that American soil is “soaked in blood of theft.”

Crenshaw, who co-founded the progressive ideology, explained the importance of “looking at history to understand our present,” adding that young people need to “understand the ground upon which we stand is ground that’s soaked in blood of theft.”

Crucially, Prof. Crenshaw framed the rejection of critical race theory as “authoritarianism.” The professor warned that if “the other side gets its way,” meaning conservatives and classical liberals, “the road to authoritarianism will be paved with white supremacy.”

Crenshaw made her remarks in an interview with MSNBC anchor Mehdi Hasan on Sunday night.

"One can understand why @billmaher actually thinks that stuff because he probably never learned what the truth is."

CRT co-founder @sandylocks tells me that banning history is "the road to authoritarianism" and "will be paved through white supremacy."pic.twitter.com/J0k4tZ5MWb

Hasan claims that its critics, who he deems “haters,” do not fully grasp the subject.

“According to the exit polls: among voters who said, ‘parents should have a lot to say in what schools teach’ … Youngkin got 90 per cent of the white vote and only 19 per cent of the black vote,” Hasan stated.

Crenshaw, who helped organize critical race theory in the 1980s described it as “a way of looking at the world that we have inherited after a legacy of segregation, of slavery, of Manifest Destiny, of genocide.”

Describing it as a link between “contemporary issues around racial inequality,” and the “laws and policies that produce those very inequalities,” Crenshaw said that critical race theory is a look at contemporary society, and a way of digging up parts of history that led to contemporary problems.

Crenshaw provided an example of existing inequalities, citing the construction of suburbs and their exclusion of African Americans at the time, which contributed to the wealth gap between black and white Americans.

During the interview, Hasan sought to argue that critical race theory does not teach that white children are “oppressors” who are made to “feel guilty” for the colour of their skin, and black children are “victims,” which he claims Republicans and “ even some self-proclaimed liberals like [HBO Real Time host] Bill Maher claim” it does.

Crenshaw agreed with Hasan, but does not provide any explanations as to how that might be the case, referring to such depictions of critical race theory as false arguments.

“These arguments are the oldest ones in the book. The only thing that is shocking about it, honestly, is that it is so easy to repeat them, it’s so easy to rehearse them,” she added.

Crenshaw says that Maher regurgitates these arguments against critical theory “because he probably never learned what the truth is.”

Additionally, Crenshaw warned that in the event that critical race theory is driven out of the marketplace of ideas, “which is to say completely ban conversations, books, histories that tell the story, then a whole ‘nother generation will believe these lies and will not be able to understand that the true threat that we face right now is the threat of authoritarianism.”

“That’s what this is about: the road to authoritarianism will be paved through white supremacy,” she said.