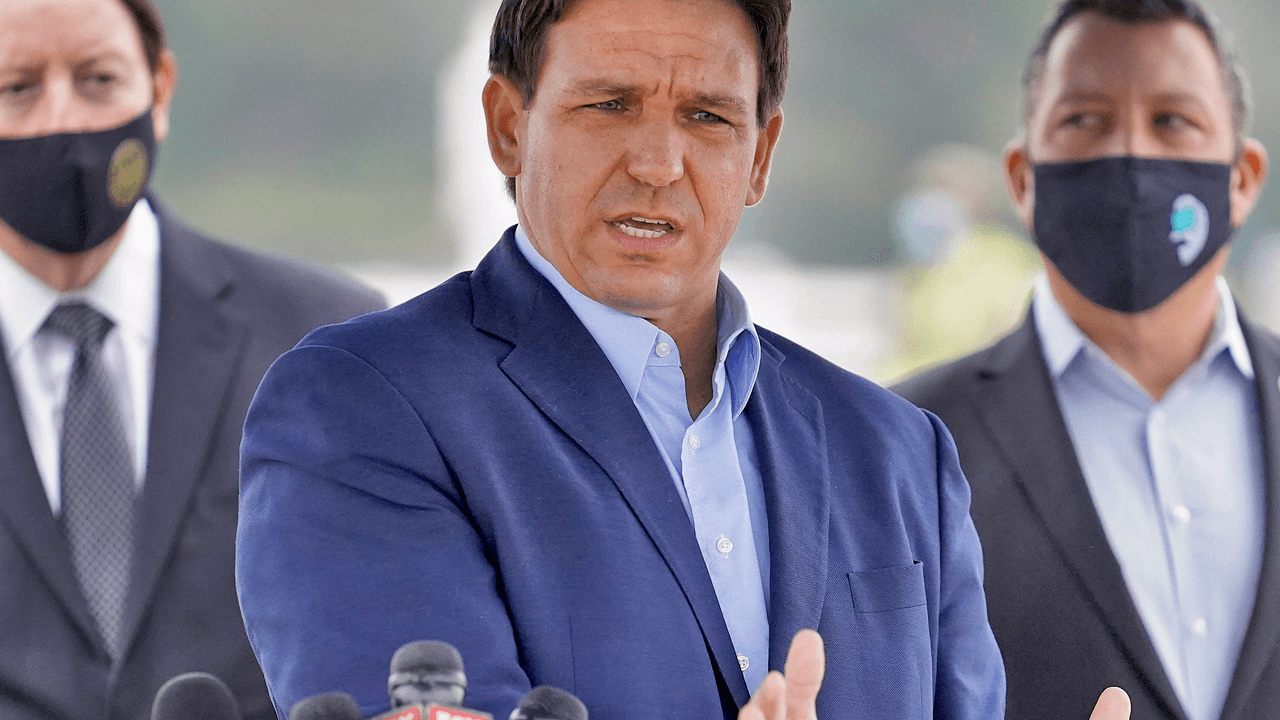 Florida Governor Ron DeSantis has become a firebrand of conservatism in his continued effort to fight back against the fake news narrative driven by his Democrat and progressive opponents in the press. Earlier this week, DeSantis dismantled a journalist who accused him of favouring a retail chain because of a donation made to his political action committee.

A reporter baselessly claimed that the Florida governor awarded COVID-19 vaccination rights to supermarket chain Publix because it had previously donated $100,000 to his political action committee.

“First of all, what you’re saying is wrong, that’s a fake narrative,” DeSantis responded.

The Republican offered that the first pharmacies with access to the COVID-19 vaccine in Florida were CVS and Walgreens, not Publix.

By January, Florida wanted to expand access to the vaccine for more residents.

“As we got into January, we wanted to expand the distribution points,” he said. “You had some drive-through sites, you had hospitals that were doing a lot, but we wanted to get it into communities more, so we reached out to other retail pharmacies: Publix, Walmart — obviously CVS and Walgreens had to finish that mission and we said we’re going to use you as soon as you’re done with that.”

DeSantis noted that Publix was “the first one to raise their hand and say they were ready to go.”

“I had three counties — I actually showed up that weekend and talked to seniors across four different Publix,” he added, stating that the feedback to the vaccination experience from seniors was “100% positive.”

DeSantis stated that some locations like Palm Beach were struggling to vaccinate their seniors, so he met with county officials who offered options to increase access. Many suggested using Publix for distribution in addition to the establishment of more drive-through sights and availability from hospitals.

“They calculated that 90% of their seniors live within a mile and a half of a Publix and they said we think that would be the easiest thing for our residents,” he said. “So we did that.”

Despite DeSantis’s explanations, the reporter continued to accuse the governor of giving special privileges to Publix, prompting him to push back saying, “It’s wrong, it’s wrong, it’s a fake narrative.”