'There’s 30 agents there,' he said. 'They told our lawyer (Christina Bobb) … you have to leave the property right now. Turn off all security cameras.' 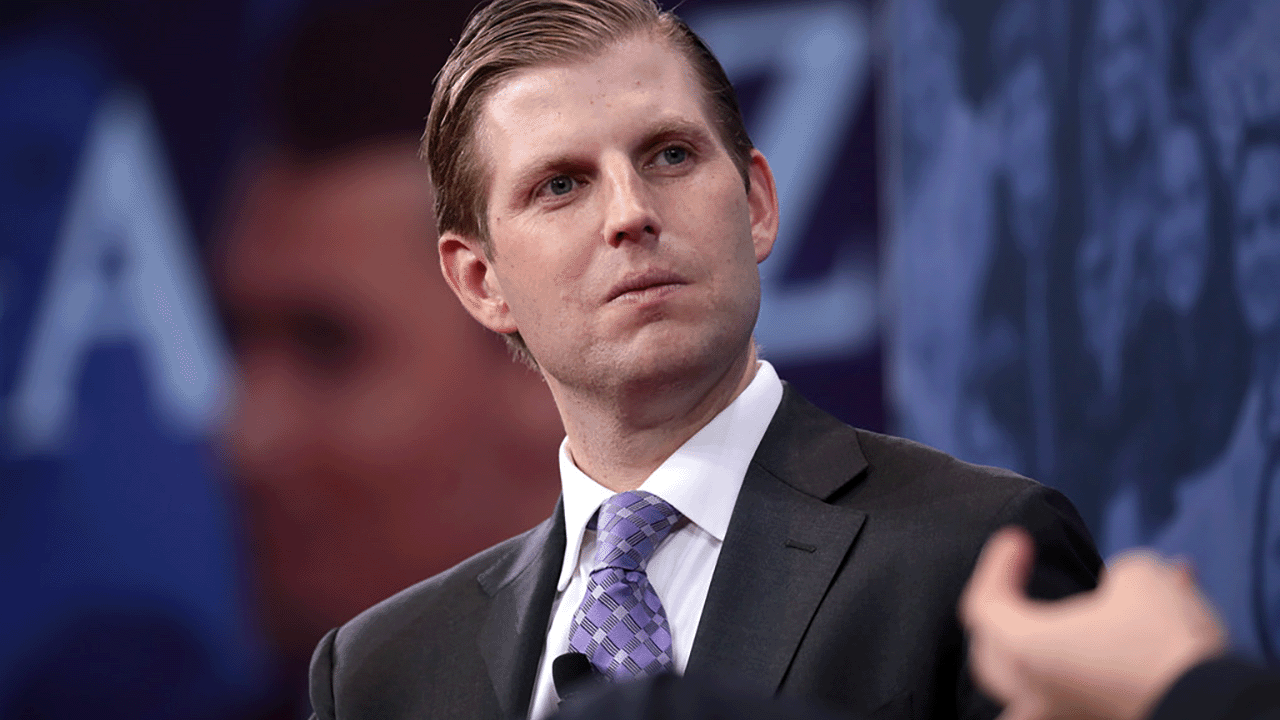 Eric Trump, one of former President Donald Trump’s three sons, says that the FBI agents who raided his father's Mar-a-Lago home in Florida refused to give the Trump family lawyer a copy of the search warrant.

Instead of providing the lawyer with a copy of the search warrant, the family lawyer was allegedly forced to look at the warrant from about 10 paces away, Eric Trump alleged.

Speaking to the Daily Mail, Eric Trump recounted how the raid transpired.

“There’s 30 agents there,” he said. “They told our lawyer (Christina Bobb) … you have to leave the property right now. Turn off all security cameras.”

Eric Trump wondered about the validity of the search warrant given the secrecy surrounding the raid.

Bobb, Trump’s lawyer, told Real America News on Tuesday that she did not receive a physical copy of the warrant initially and was unable to see what the judge signed off on.

“When I arrived and kind of announced myself as the legal representation for President Trump, I asked to see a copy of the warrant,” she told the channel. “Initially they refused and said, ‘You know, we don’t have to show it to you.”

“And there was a little bit of an exchange about whether it was appropriate to withhold the warrant when you’re searching the residence of the former president, who’s likely to be the Republican nominee in the next election, though they conceded and let me see it,” she said.

“It was very, I would say, thin,” added Bobb. “And as you can tell from public records, the affidavit, the supporting documentation of what the probable cause was to obtain the warrant has been sealed.”

Bobb described the federal agents’ refusal to provide her the warrant as a “weird flex” on their part.

“This was a completely unnecessary power flex,” she said. “It was a weird flex. It’s quite honestly sad to see what they have done to our country.”

As detailed by Rebel News, the raid on Trump’s residence is unprecedented, even in comparison to the rollercoaster ride of the Trump administration’s years in office.