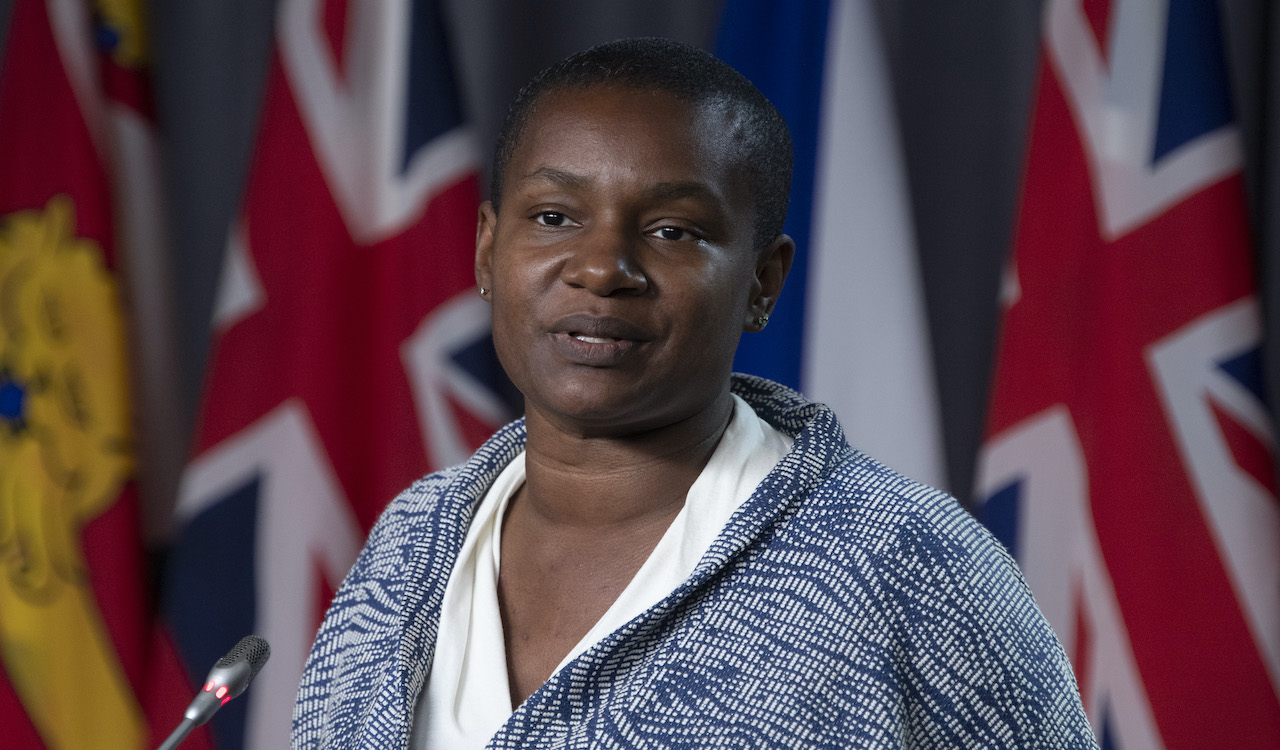 New court documents filed Wednesday in Toronto in the Ontario Superior Court of Justice against Green Party leader, Annamie Paul reveal the tortured process she has endured as she tried to stay in control of the party she was elected to lead in October.

Paul narrowly dodged a leadership review earlier this week as party old guard faithful to former leader Elizabeth May and vocal anti-Israel elements in the party try to maintain their stranglehold on the reigns of power. The party terminated one of Paul's key advisors, Noah Zatzman, after he made comments on social media in response to Green MPs’ posts on the recent Israeli-Palestinian conflict.

Zatzman enthusiastically labelled the party “Zionist” and supportive of Israel. The ensuing drama and infighting culminated in Green MP Jenica Atwin defecting to the Liberals, where her anti-Israel sentiments were, evidently, more appropriately reflected. The Green Party has also suspended $250,000 in funding that had been earmarked for Paul's next campaign.

Paul is the only Jewish federal party leader, however she was excluded from active participation in the Liberal government's ongoing anti-Semitism summit. After outcry, Paul was permitted to attend, but only as an observer.

The government just sent a link for today's Antisemitism Summit. I can observe, but I can't speak. Reason: "to ensure the summit remains a space where community members can express their opinions & ideas".

I am Jewish. This is my community. #cdnpoli

The lawsuit also undermines the now-shattered narrative that calm has been restored to the party. The documents indicate that the Green Party and the Fund are jointly seeking to overturn an impartial arbitrator's decision, arguing he exceeded his authority in requiring party executives to cancel their non-confidence vote against Paul as well as a review of her party membership.

The documents state that Paul’s employment contract was with the Green fund, a separate legal entity that controls the party finances, as opposed to the party. Therefore, the suit argues that the arbitrator “erred in law” because he had no authority to impose a contract on the party itself.

Paul downplayed the lawsuit outside her Toronto office on Thursday afternoon:

I am not feuding with anyone. There is no infighting going on. This is really a one-sided attack that is focusing attention where it shouldn’t be.

Lawyers for Rebel News gained access to these documents by sending a process server to the courthouse to retrieve them. To support our access to information efforts, please visit www.RebelInvestigates.com