Unlike most Canadian media, Rebel News is an independent start-up that receives no government funds whatsoever.

We rely on a crowdfunding model, where thousands of ordinary people support it through small contributions. No single donor has given more than 2% of Rebel News funds. The average gift is $63.

In the past fiscal year, Rebel News has crowdfunded $2.245 million for these business operations, which nearly covers the $2.830 million in expenses associated with those costs.

Rebel News crowdfunding terms of service direct that if a particular project is oversubscribed, funds may be put towards the overhead associated with that project, or to similar projects. We call this process "social commerce"; others call it "pay it forward". It's how Rebel News pays the bills.

In addition to crowdfunding its own business operations, Rebel News also crowdfunds for selected bona fide charities. This is done on third-party crowdfunding websites like Indiegogo and Generosity.com for maximum transparency. 100% of the net proceeds from these third-party sites is passed on to the recipient, with no other Rebel News expenses claimed.

In addition, in 2018 we crowdfunded the legal fees for Tommy Robinson’s successful judicial appeal in the UK. For reasons of solicitor-client privilege, we will not disclose the amount of those funds, but they have been disbursed as per the terms outlined in this video. 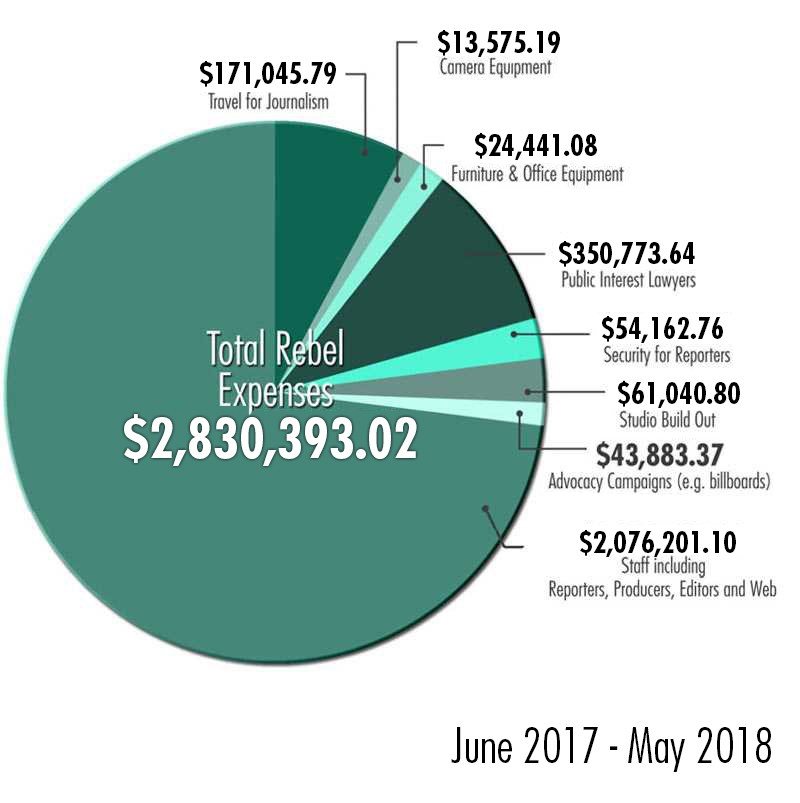 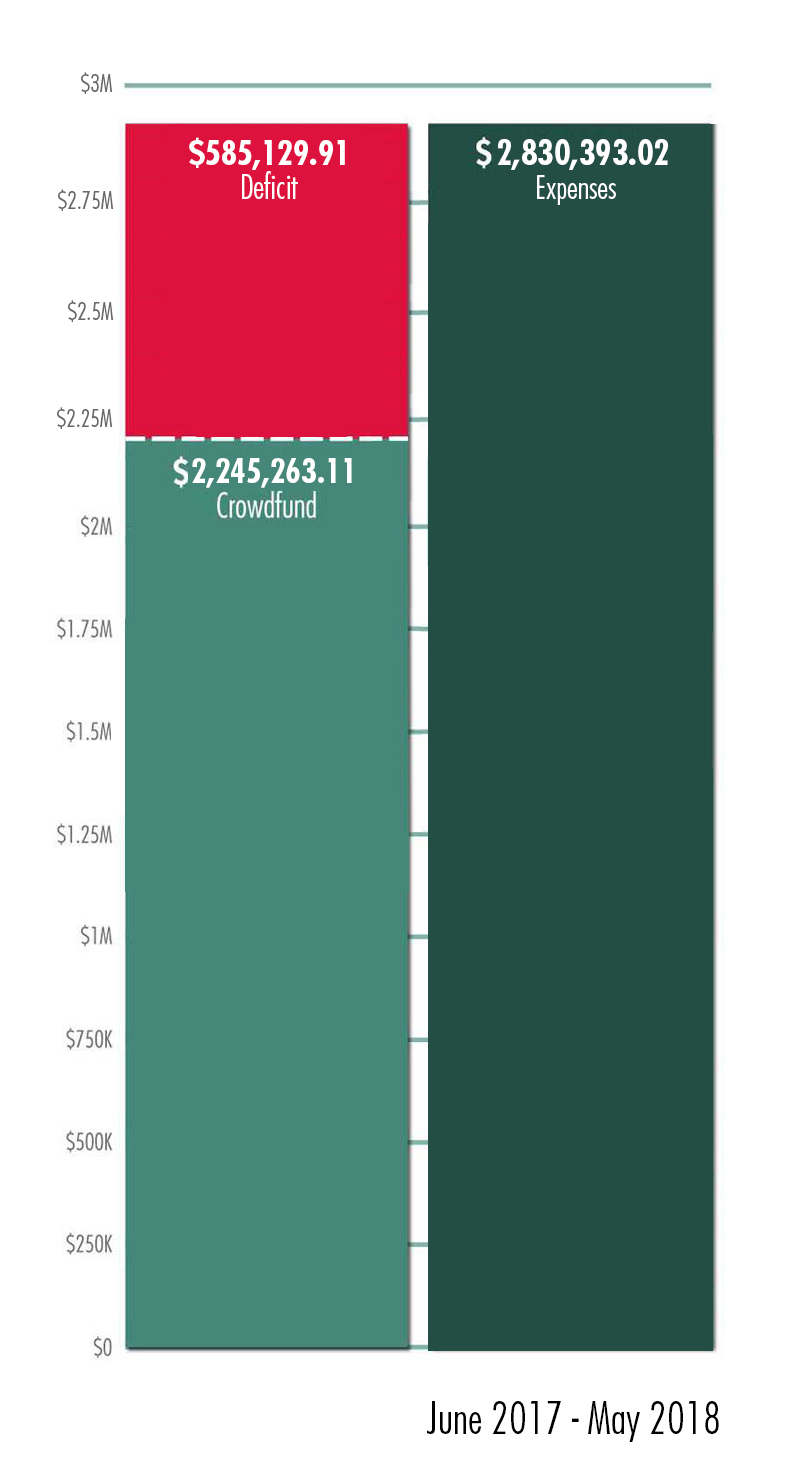 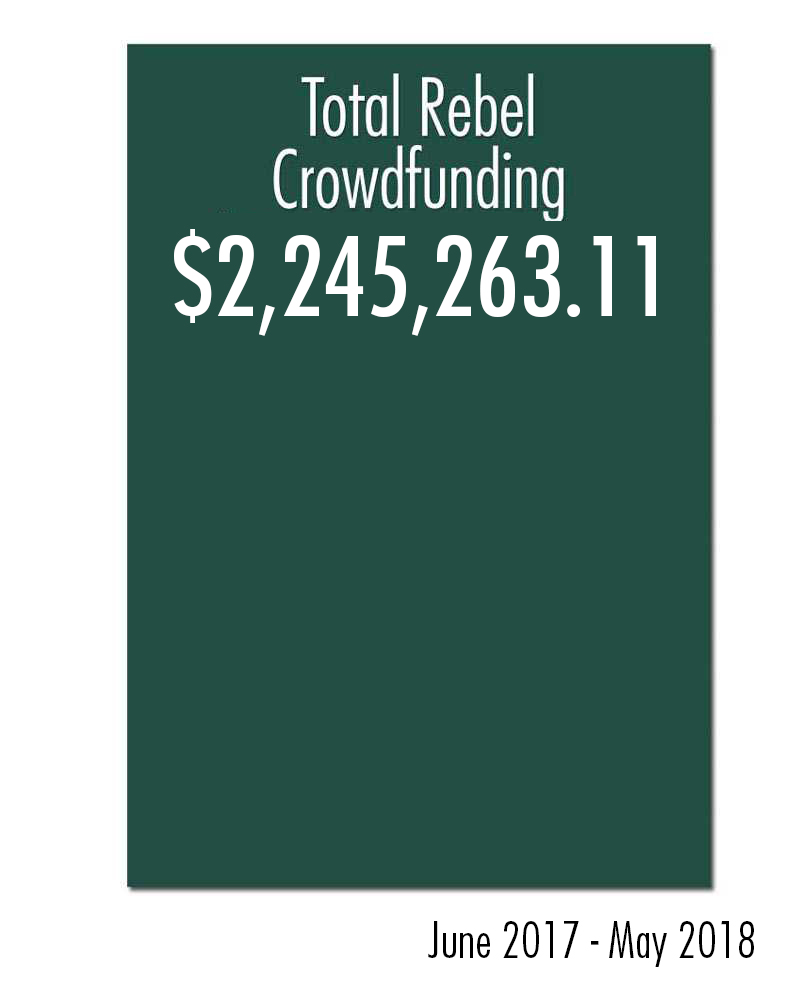 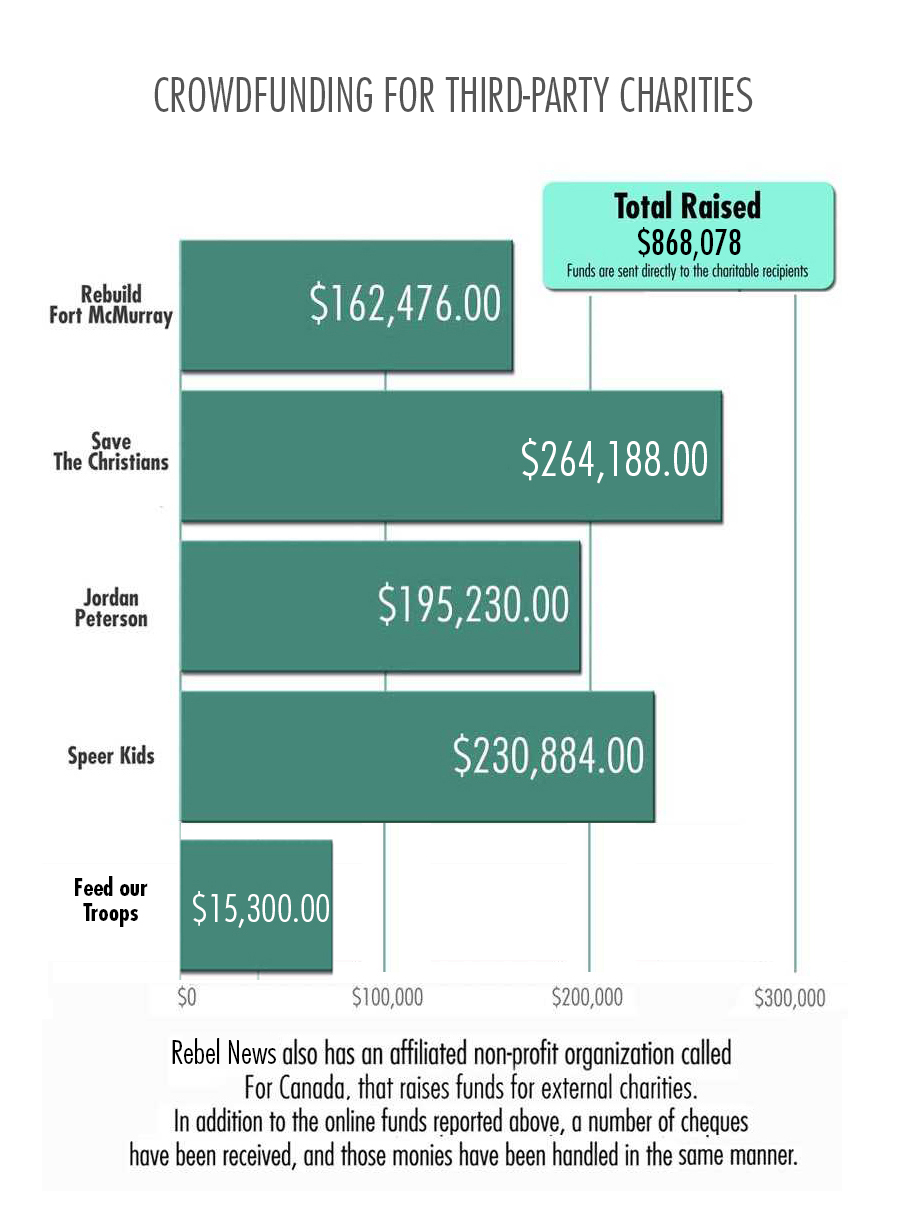 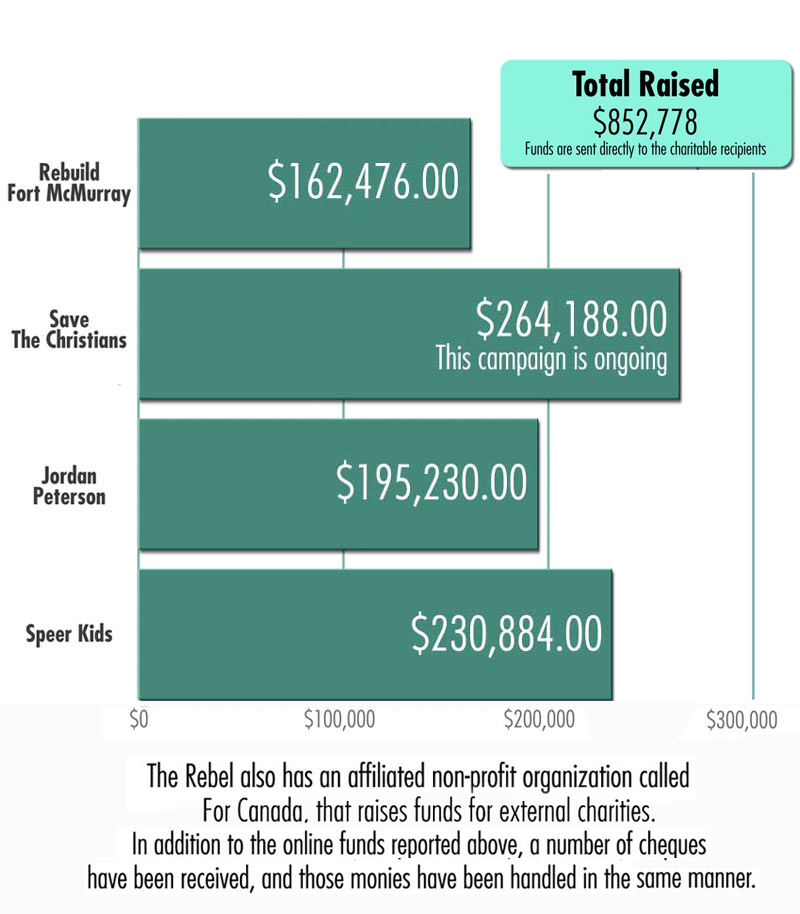 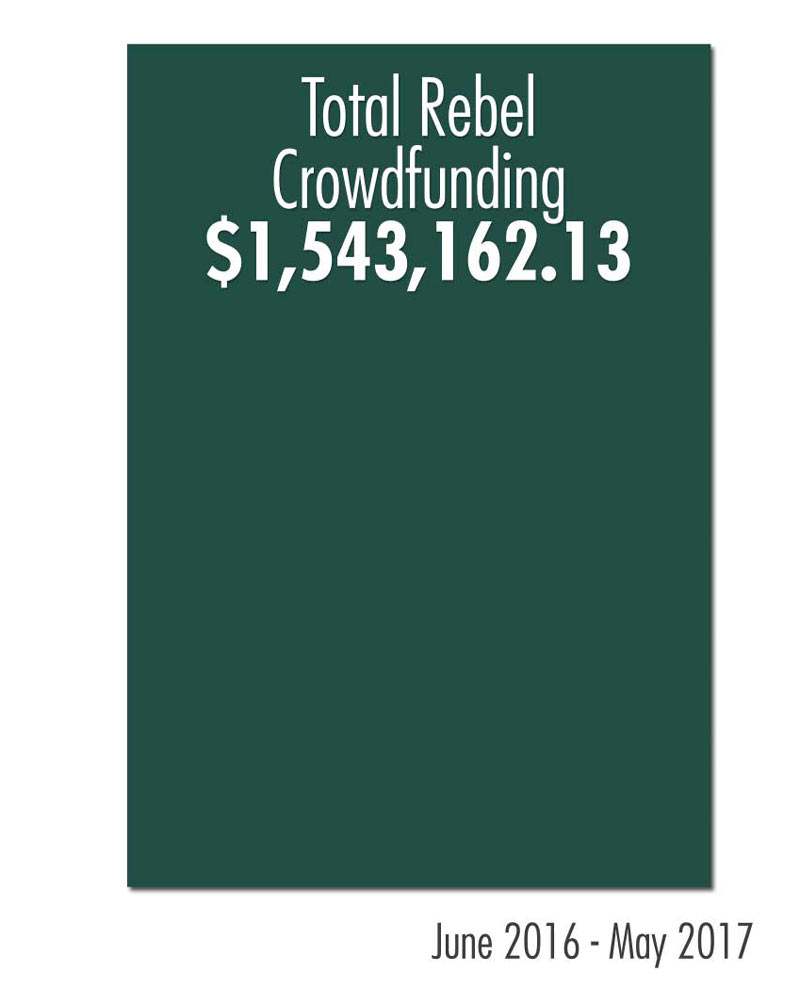 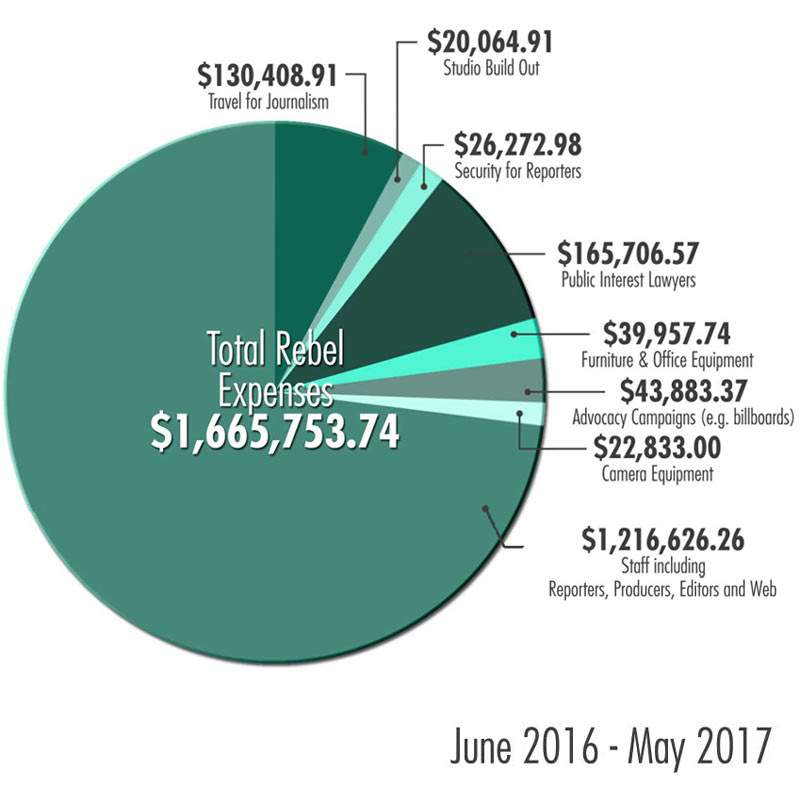 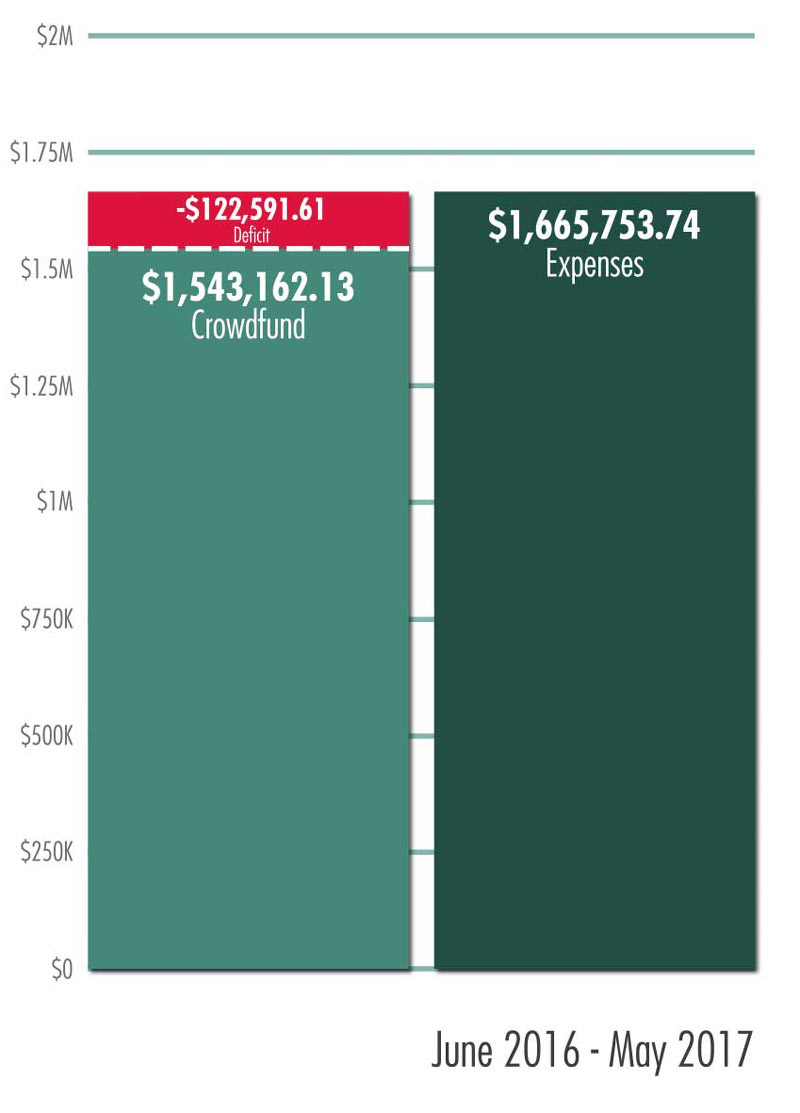 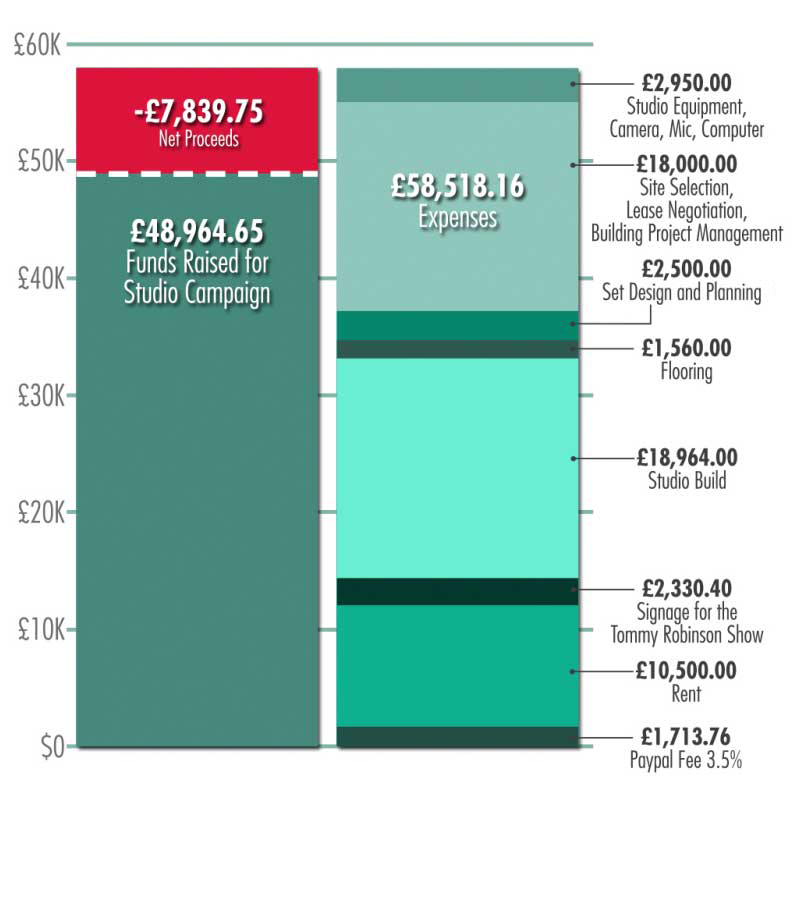