Photos from the scene show a group of protesters wearing ski masks standing over a truck with banners that read, 'No forest, no peace, truck the police.' 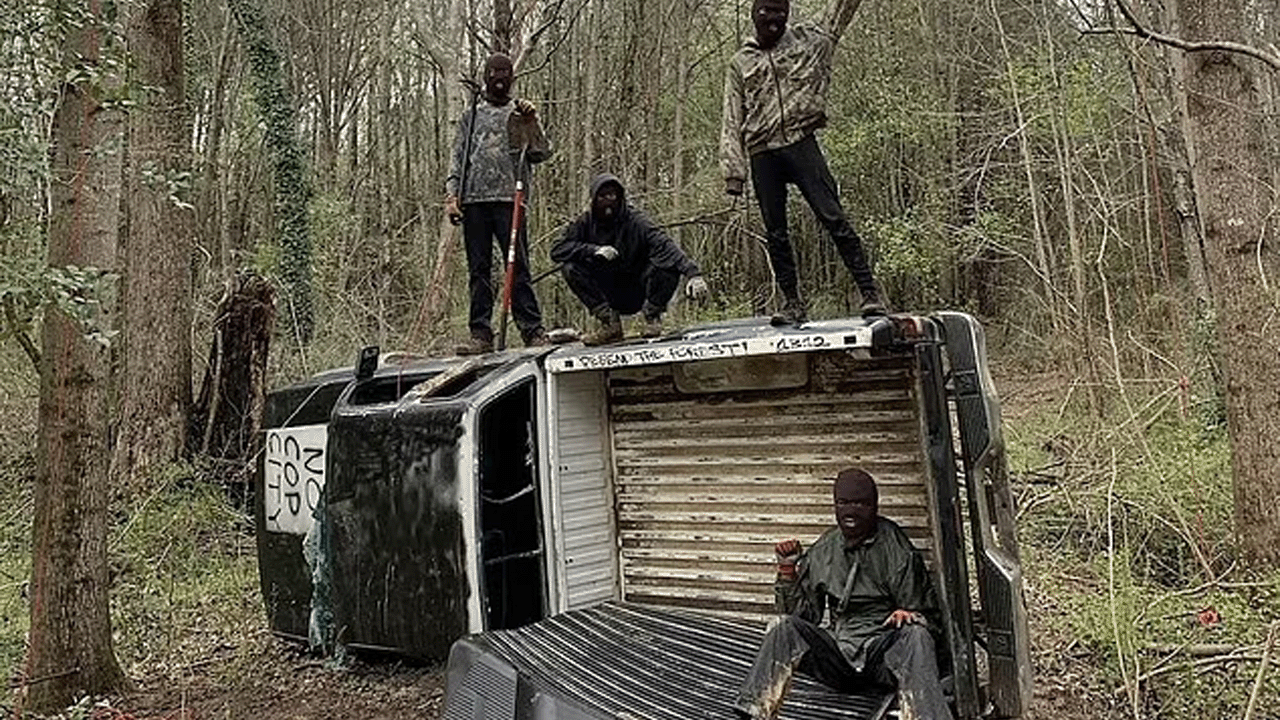 Five members of Antifa have been taken into custody and are facing domestic terrorism charges after they were protesting outside of a planned $90 million police training center in Georgia.

The site, which protesters have dubbed Cop City, has been the focal point of protests for months over environmental concerns for the Weelaunee Forest. Tensions rose on Tuesday when police found explosives in treehouses that the protesters were holed up in.

Prior to the arrests, police had already detained multiple people for crimes including destruction of property, arson, car-jacking, and attacks on locals and government officials. Photos from the scene show a group of protesters wearing ski masks standing over a truck with banners reading 'No forest, no peace, truck the police.'

The group is comprised of Serena Hertel, 25, of California, Nicholas Olson, 25, of Nebraska, Francis Carroll, 22, of Maine, Arieon Robinson, 22, of Wisconsin and Leonardo Vioselle, 20, of Macon, Georgia. Vioselle is the only member of the group from the area where the public safety center is being constructed, the Daily Mail reported.

The GBI reported that protesters had been attacking police and other emergency services workers at the scene with rocks and bottles, and officers later recovered bombs, flares and gasoline. Richard Porter, who attempted to pick up scrap metal from the scene, was attacked with a “gas bomb” and his truck was burned out.

Authorities used tear gas and pepper balls to clear the protesters from the scene. A representative from a group supporting the protest, the Atlanta Solidarity Fund, called those arrested “legitimate political protesters.”

The group is being held at DeKalb County Jail and face domestic terrorism charges, which can carry sentences of anywhere between five and 35 years in prison. In addition to this, they are also accused of criminal trespass, interference with government property, and aggravated assault.

Georgia's Republican Governor Brian Kemp said in a tweet: “We will not rest when it comes to bringing domestic terrorists to justice, and these arrests should serve as a strong reminder of that.”

My office will always stand up to protect the citizens of DeKalb County. The alleged acts of violence at the training facility site put the public in grave danger and will not be tolerated.