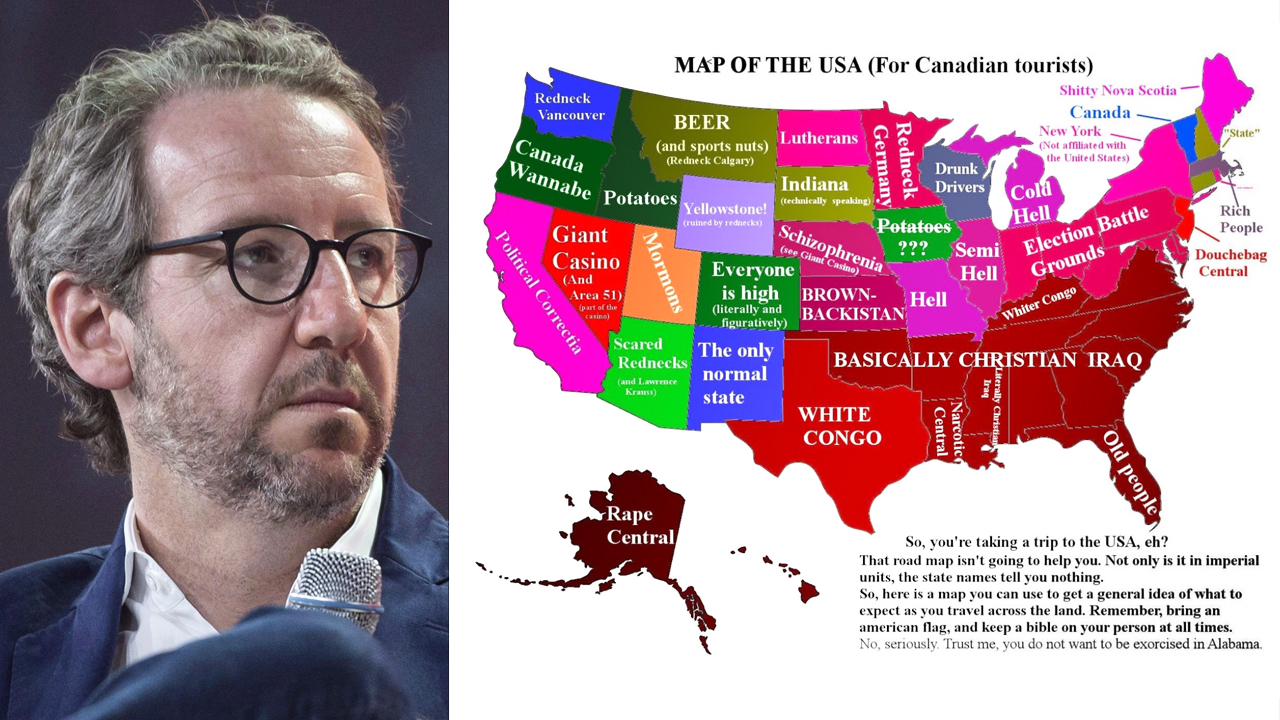 Justin Trudeau’s former senior political advisor, Gerald Butts, is trending on Twitter for posting a graphic depicting the United States divided into regions with insulting labels for each. The tweet was spotted by Rebel News' Keean Bexte, who called the former Trudeau staffer out moments before he deleted the post.

Well this is problematic. https://t.co/QDgz1FQj9i

In the now-deleted tweet, states are mislabeled in a crude attempt at humour that may go too far for some. Rather than playful prods at stereotypes often seen in similar graphics for other nations, the the southern US is listed as "Christian Iraq," Nebraska as "Schizophrenia," Texas as "White Congo," and Tennessee as "Whiter Congo."

Louisiana listed as "Narcotic Central" may be particularly insensitive, considering the state has struggled with some of the highest instances of drug overdose in the United States. But the title of worst offender likely belongs to the map’s depiction of Alaska, which is filled in as "Rape Central." Alaska has the highest instances of sexual violence in the nation, with many of the victims being Indigenous women.

Butts has not addressed the deletion, and many Twitter users have taken to their keyboards to call attention to it.

For everyone blocked by Butts:

This is how our Prime Minister’s principal advisor sees the USA... I just hope orange man doesn’t see this... pic.twitter.com/8TRwn3A7OA

Gerald Butts served as Trudeau’s top aide from 2015 to 2019, and is currently employed as a senior advisor at the Eurasia Group, the world’s largest political risk consultancy firm. Butts resigned from the Liberal Party in 2019 after he was accused of trying to pressure Jody Wilson-Reybould into dropping the federal investigation into SNC-Lavalin.