John Fetterman participated in an interview with NBC News, where he used a computer to transcribe the questions asked by reporter Dasha Burns so he could comprehend what she was saying. 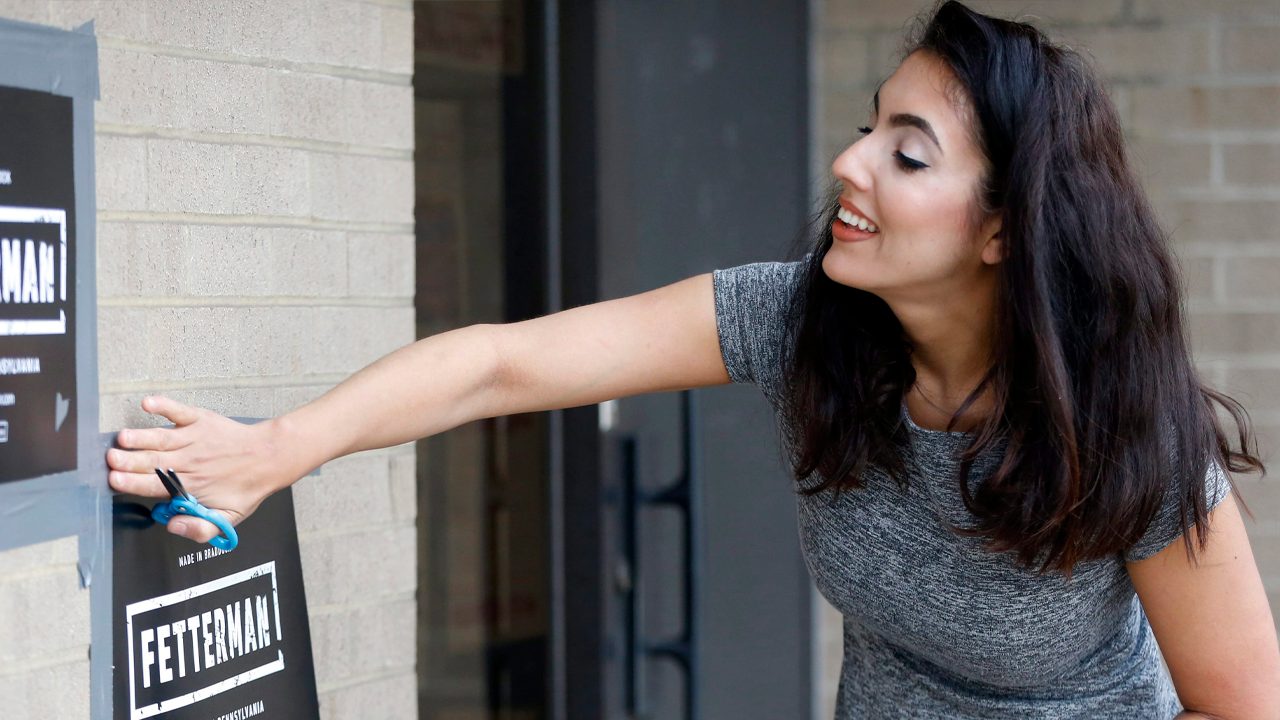 While Fetterman faced scrutiny over his decision to run for office despite suffering from a stroke earlier this year, demonstrating numerous times that he struggles to complete basic sentences and comprehend simple conversations, eyes are now on Giselle Fetterman for pushing her husband into the role – and for attacking an NBC News reporter for questioning his cognitive abilities.

Earlier this month, Fetterman participated in an interview on NBC News where he used a computer to transcribe the questions asked by reporter Dasha Burns so he could comprehend what she was saying.

Following the interview, Burns detailed how the Democrat “had a hard time understanding our conversation” before the closed captioning system was turned on.

Fetterman’s wife, Giselle, blasted Burns and wondered why the network didn’t sanction her over her observations, demanding “consequences” for the journalist. Her sentiments were echoed by liberal propagandists, accusing the journalist of “ableism.”

As detailed by Rebel News, Fetterman’s own supporters are now expressing their concerns about his cognitive abilities following his disastrous performance at the debate on Tuesday, with a CNN medical analyst suggesting that his campaign is hiding the true extent of his stroke injury.

Journalists across Twitter are now calling on Giselle Fetterman to issue an apology to Burns, who was widely lambasted for her observations of the Senate candidate following their interview.

“Anyone who watched any part of the debate between Fetterman and Oz knows exactly what happened – whether they’re willing to admit or not – and people should read this thread, and remember what was done to @DashaBurns, to immediately see why people hate and distrust the media,” wrote left-wing journalist Glenn Greenwald.

“Shame on every reporter who attacked @DashaBurns over her Fetterman reporting, and tried to cover up what we are all witnessing now with our own eyes,” echoed Free Beacon reporter Alana Goodman.

Others slammed Giselle Fetterman for pushing him to keep running for office despite his noticeable cognitive impairment.

“Among other things, both Fetterman and Biden have awful women for wives. They could have steered their husbands away from humiliation on the world stage but they wanted prominence and power more than they wanted to protect their spouses,” wrote “What is a Woman” creator and conservative commentator Matt Walsh.

This Fetterman-Oz debate is absolutely shocking. @DashaBurns was the only reporter who told the truth about Fetterman’s state. But it is so much worse than inability to track smalltalk. It is painful to watch this.

Where does Dasha Burns go to get her apology?

If Dasha Burns was guilty of anything it was downplaying the extent of Fetterman’s problems. And recall all the feigned outrage. Gisele Fetterman demanding “consequences.” Etc