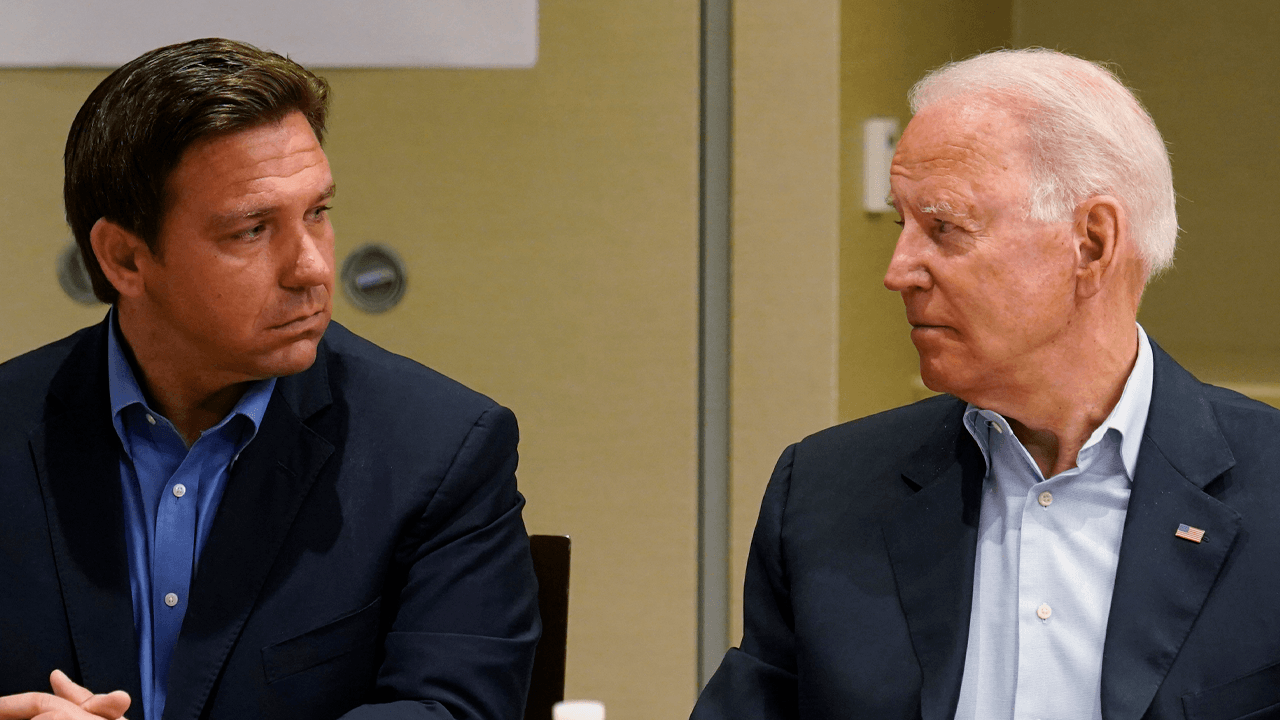 Florida Governor Ron DeSantis traveled to Brandon, FL, to sign legislation expanding exemptions to the Biden administration’s COVID-19 federal vaccination mandate — in what appeared to many as a dig at President Joe Biden.

The Democrat president has become a subject of mockery at sports events and public venues, where his critics chant the words “F*ck Joe Biden”, and “Let’s go Brandon” interchangeably in mockery of the mainstream media’s attempts to whitewash his unpopularity and poor performance as the commander-in-chief.

“Let’s go, Brandon” became a national trend after an NBC reporter erroneously used the phrase to describe a NASCAR crowd that was chanting “F*ck Joe Biden”.

At Brandon where @GovRonDeSantis will be signing a bill against vaccine mandates.

As Rebel News reported in November, NASCAR condemned the phrase and threatened to sue anyone producing merchandise containing its logos and the phrase “Let’s go Brandon.” The racing organization has sought to distance itself from conservative politics while openly embracing progressive values.

On Monday, DeSantis travelled to the city of Brandon to rebuke the White House, signing a legislative package that will protect workers who refuse to get the vaccine or booster shots of the vaccine from being fired by their employers.

“The Biden Administration has launched an assault on our Constitution and individual liberties, but Governor DeSantis is standing up for Floridians against big government overreach,” she added.

“He has not said that the location was chosen because of the name, but he has referred to the ‘Brandon Administration’ in public remarks, and the phrase ‘Let’s go Brandon’ encapsulates Americans’ frustration with the Biden Administration and the corporate media that covers for the regime’s incompetence.”

The introduction of the legislative package comes following DeSantis’ call for a special legislative session on vaccine mandates, which angered Florida Democrats this week.

DeSantis tweeted: “I look forward to signing legislation that will protect their jobs and the jobs of all Floridians who are facing unjust termination due to heavy-handed mandates!”

I look forward to signing legislation that will protect their jobs and the jobs of all Floridians who are facing unjust termination due to heavy-handed mandates!

In November, the Biden administration finalized its mandate requiring workers and businesses with 100 or more employees to receive the vaccine or show proof of a negative COVID-19 test every week. The mandate was scheduled to be imposed through the federal workplace safety agency OSHA but suspended its enforcement on Wednesday following a court order.

Thus far, 34 objections to Biden’s federal vaccine mandate have been filed in all 11 federal regional court circuits, plus the one representing the district of Columbia. Rebel News reported in November that DeSantis announced a legal challenge to the mandate by joining with Georgia and Alabama and private plaintiffs to file a lawsuit against the “unconstitutional mandate.”