'I'll put a bullet in your brain': Man verbally and physically assaults pro-life woman in Hamilton

'This guy came and thrusted his phone into my face, before saying that he wants to put a bullet in my brain,' youth coordinator for Campaign Life Coalition Josie Luetke said when recalling her altercation with a man who threatened to shoot her over disagreement on the issue of abortion. 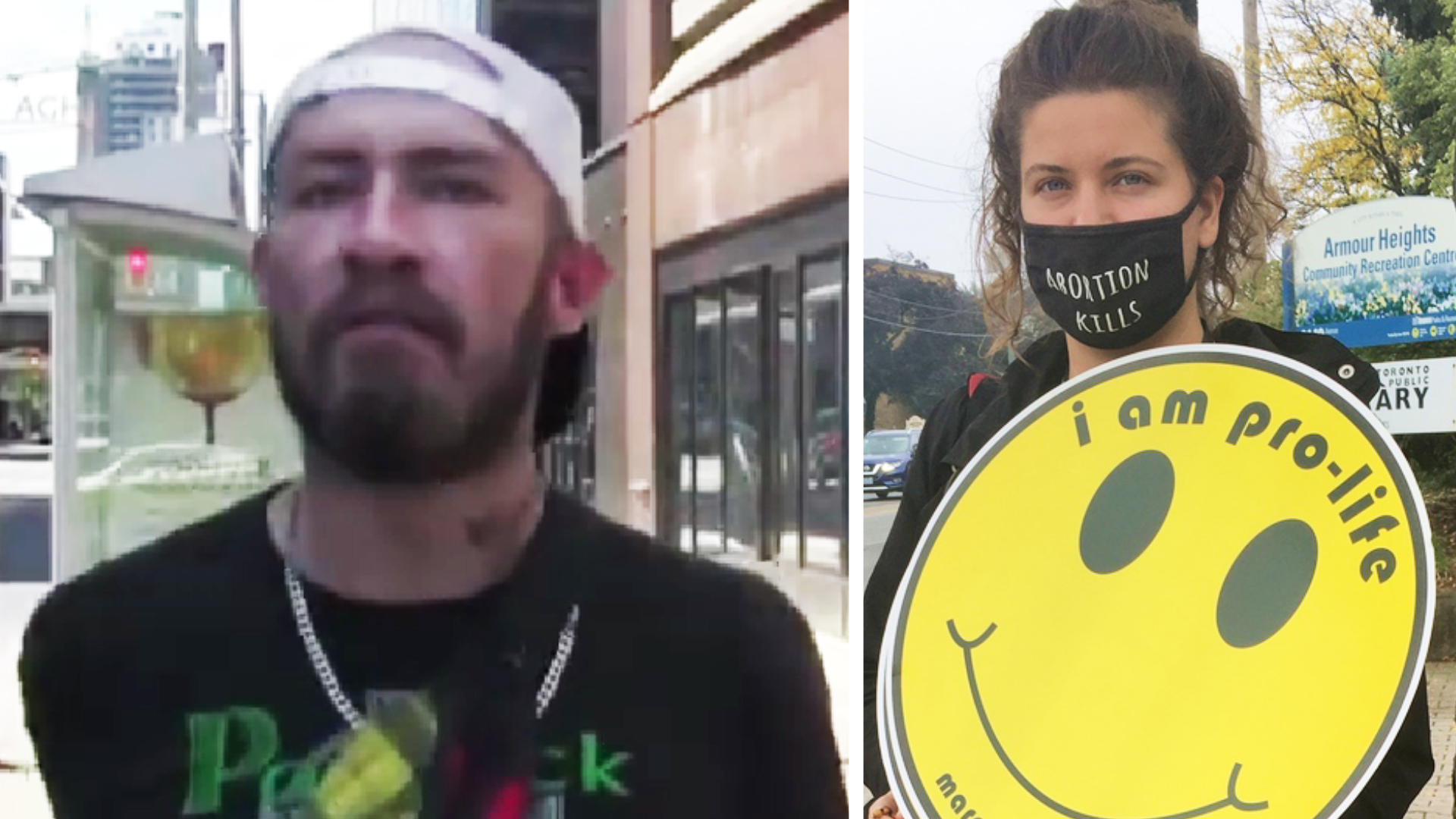 During the afternoon of July 15, a group of pro-life protesters took the streets of Hamilton, Ontario to peacefully voice their opinions regarding the issue of the rights of the unborn.

The ladies on-site were part of the pro-life organization called Campaign For Life Coalition, an organization that helps defend the rights of the unborn babies, as well as provide viable options for women who chose to have an abortion and are suffering due to it.

Prior to the altercation being recorded, a different man allegedly approached the two interns to show them pornographic content.

“Before we started filming, a different man showed pornography to an intern and they said they don’t want to see it,” Luetke told Rebel News. “He then came back at a different time and showed it to another intern.”

The man “didn’t care, he just continued, and at some point walked away,” Luetke explained.

The reason why he was showing pornography to the young interns was apparently because he saw the graphic abortion images, and consequently decided it was an acceptable response.

BREAKING: A man in Hamilton just attacked a pro-life lady on the streets.

The aggressive man came and thrusted his phone into the lady's face, before saying that he wants to put a bullet in her brain, the video shows.

Following the incident, the violent and seemingly very aggressive man seen in the video that was publicly released arrived, deciding it was his turn to approach the group.

At this point, Luetke says she walked towards the two ladies to see how they were feeling. “Yeah, [we’re fine],” one replied, seemingly shocked by the incident considering her tone of voice.

Merely a few seconds later, the aggressive man uttered the following sentence while walking away: “Chick with the camera, if you put it in my face again, I’ll put a bullet in your head.”

At this point, the man began reaching in his backpack, which made Luetke scared that he might pull out a weapon. “I was thinking, when he reached in his backpack, that maybe he has a gun,” she told Rebel News.

Instead, the man decided to physically assault her.

Campaign For Life is currently filing a report with the police, and Rebel News will be sure to keep you updated on this story as more details emerge.