Iran-backed militia in Iraq vows to attack U.S. in “open war” in retaliation for American airstrikes 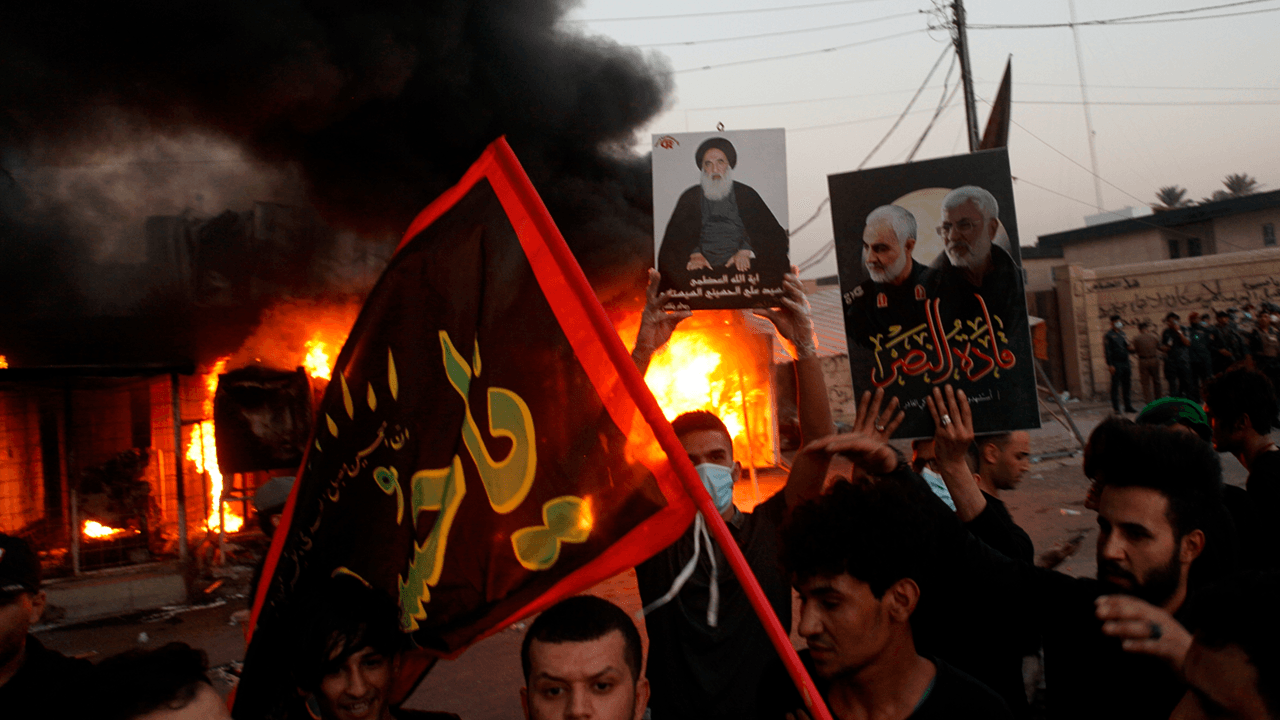 An Iran-backed militia group in Iraq has vowed to attack U.S. aircraft in “open war” against the United States as revenge for American airstrikes against its forces on Sunday.

On Sunday, the United States carried out defensive precision airstrikes on several Iran-backed militias that were involved in attacks on U.S. military forces with drones. The airstrikes, ordered by President Joe Biden, were announced by the Department of Defense, which stated in part:

At President Biden’s direction, U.S. military forces earlier this evening conducted defensive precision airstrikes against facilities used by Iran-backed militia groups in the Iraq-Syria border region. The targets were selected because these facilities are utilized by Iran-backed militias that are engaged in unmanned aerial vehicle (UAV) attacks against U.S. personnel and facilities in Iraq. Specifically, the U.S. strikes targeted operational and weapons storage facilities at two locations in Syria and one location in Iraq, both of which lie close to the border between those countries. Several Iran-backed militia groups, including Kata’ib Hezbollah (KH) and Kata’ib Sayyid al-Shuhada (KSS), used these facilities.

Three sets of airstrikes conducted on Sunday night targeted the groups, one of which has come out with a statement announcing their intention to retaliate. In a statement reported by the New York Times, the KSS said, “From now on, we will go to open war with the American occupation, the first action of which is targeting the enemy planes in beloved Iraq’s sky.”

Both the KSS and KH are reportedly part of the Shia Muslim Popular Mobilization Forces, a collection of Iraqi paramilitary groups funded by the Iranian government. They are reported to have conducted previous airstrikes targeting American personnel and bases in Iraq. The airstrikes came in response to rocket attacks against U.S. and Coalition forces last week intending to disrupt their offensive capabilities.

The Pentagon states that several facilities located on the Syrian side of the Syria-Iraqi border housed advanced conventional weapons and UAVs were targeted in the strikes. The strikes earned condemnation from the Iraqi government, which dubbed them a “violation of Iraqi sovereignty.”

“We condemn the US air attack that targeted a site on the Iraqi-Syrian border last night, which represents a blatant and unacceptable violation of Iraqi sovereignty and Iraqi national security in accordance with all international conventions,” said Maj. Gen. Yahya Rasool, a spokesman for Iraq’s Ministry of Defense and Iraqi Prime Minister Mustafa al-Kadhimi on social media.

“Iraq renews its refusal to be an arena for settling accounts, and clings to its right to sovereignty over its lands, and prevents it from being used as an arena for reactions and attacks,” Rasool added. “We call for calm and avoiding escalation in all its forms, stressing that Iraq will carry out the necessary investigations, procedures and contacts at various levels to prevent such violations.”

The United States has assisted the Iraqi government in fighting ISIS since 2014, but U.S. forces are generally prohibited from operating in parts of the country controlled by Iranian-backed militia.