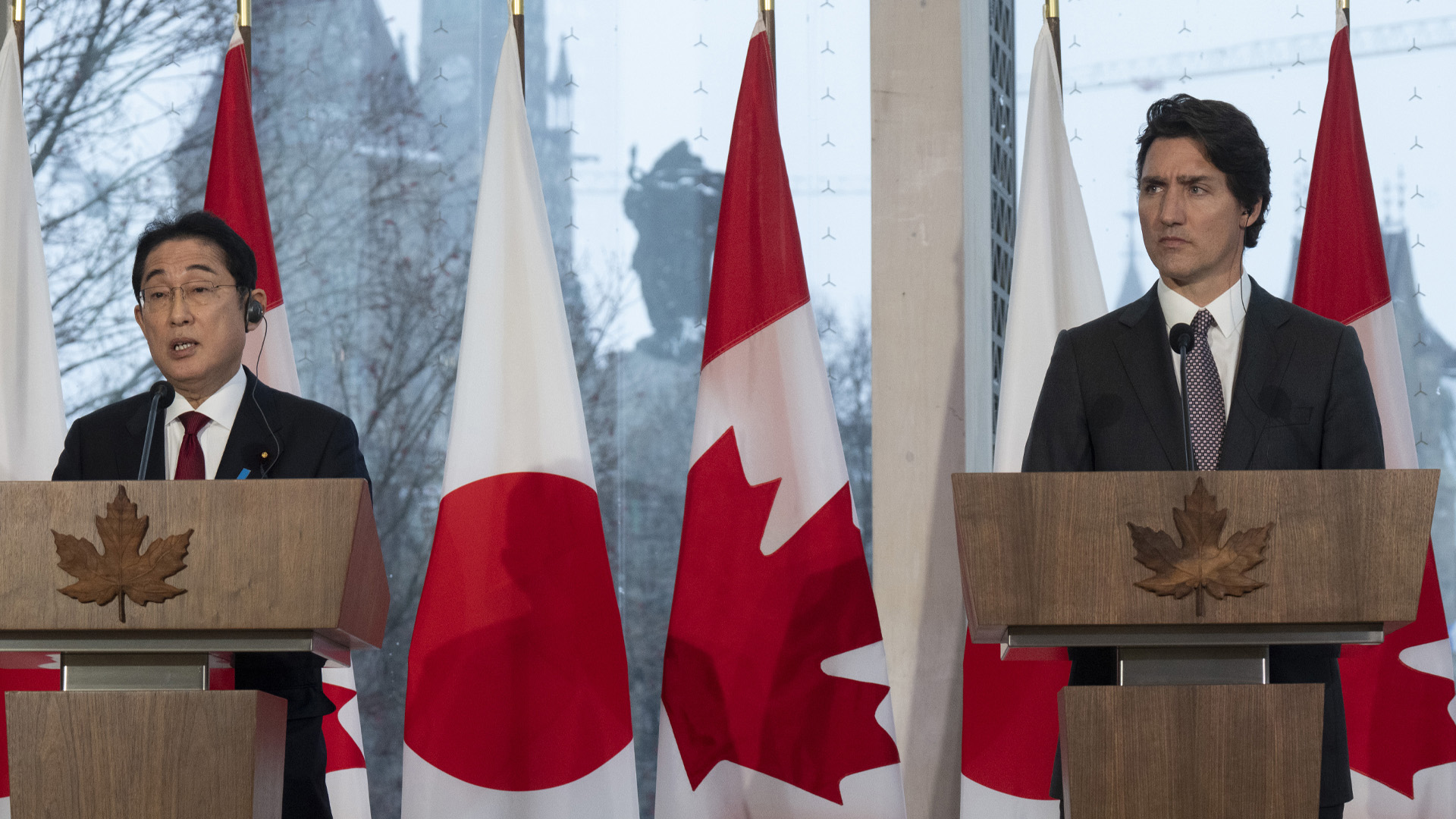 Japanese Prime Minister Fumio Kishida called the LNG Canada terminal a "flagship" facility in his meeting with Prime Minister Justin Trudeau. But with Alberta noticeably absent from efforts to further economic ties with their Pacific ally, its energy minister hopes to make a case for the province as a supplier of "responsibly produced energy."

"LNG Canada is a flagship project making maximum use of the latest technologies of Japanese companies," said Kishida. "LNG will play a crucial role in balancing energy security and decarbonization."

As a resource-poor nation and the world's largest LNG consumer, Japan uses the fuel to generate electricity, power the industry, and heat homes and businesses.

In November 2021, Alberta signed a memorandum of understanding (MOU) with the Japan Oil, Gas and Metals National Corporation (JOGMEC) to expand market access for Alberta's energy sector, renewing a commitment to natural resource cooperation and development.

"Alberta is proud to be one of the most responsible oil and gas producers globally, and we can be the supplier of choice for our global allies. Our unparalleled energy resources, commitment to emissions reduction, and historical connections with Japan position us to contribute to Japan's efforts to diversify its LNG supply to one responsibly developed by a critical ally," reads a statement from the province's energy ministry.

Kishida is expected to ask for Canadian LNG to replace its dependency on Russian gas supplies, which it relied on for nearly 10% of its total LNG imports in 2021. Qatar is also one of Japan's largest LNG suppliers.

With Japan importing nearly 75 million tonnes of LNG in 2020 — worth over $30 billion — they could rely on LNG Canada to supply their demand, given they are a relatively short distance compared to terminals on the US Gulf Coast.

Alberta has had a deep, long-standing relationship with Japan at the federal and subnational levels, which has always included significant engagement on energy issues. They hope to make a business case for Canadian LNG that Trudeau questioned during a similar visit from the German Chancellor Olaf Scholz mere months ago.

Following the failed attempt to strengthen economic ties with Germany, the economic powerhouse moved swiftly to reduce its reliance on natural gas flows from Russia by building an LNG import facility in just 194 days.

It recently received its first shipment from the US.

Germany also signed an agreement in 2026 to acquire 2 million tonnes of LNG annually from Qatar for 15 years. Germany is also set to open a second LNG import terminal in January.

Asia currently drives 67% of global LNG demand. That share is expected to grow to 73% by 2050 as world consumption doubles to 700 million tonnes per year.

With the provinces being the owners and stewards of their natural resources, Guthrie said discussions regarding the potential export of energy must fully involve the impacted provinces.

"Alberta would also be pleased to help the federal government develop the business case and develop an MOU with Japan for the increased export of clean Alberta-sourced LNG," he continued.

Guthrie believes Canada needs to present a unified front in Japan as they position the country to be the preferred supplier of responsibly produced energy to the world, which he said "is good for our allies and all Canadians."

"This is especially important as we look to the next generation of energy products dependent upon infrastructure optimization across provincial and interprovincial borders," he added. "Only close coordination between Alberta, British Columbia, and Canadian governments can ensure the success of our energy sector in the years to come."

Global Energy Monitor said Japan had 92 operating coal plants, six under construction and 1 in pre-construction, as of July 2022.

A NewScientist report confirmed that the construction of new coal-fired power plants is usual in Asia, with China accounting for 52% of the 176 gigawatts of coal capacity being built in 20 countries in 2021.

According to Wood Mackenzie, if Canada increases its LNG export capacity to Asia, net emissions could decline by 188 million tonnes of CO2 equivalent annually through 2050 — or the impact of taking 41 million cars off the road yearly.

"Starting in 2027, we see there's going to be a global supply/demand gap that is probably going to grow to 120 million tonnes per annum and about 150 million tonnes per annum by 2035," said Matthias Bloennigen, Wood Mackenzie's director of Americas upstream consulting. "Developing western Canadian LNG would be helpful to alleviate the LNG demand that's going to develop in the world."