After a tip was provided to us here at Rebel News, both myself and fellow reporter Sydney Fizzard arrived at the Fairmont Palliser, to await the arrival of a very special guest. Indeed, Justin Trudeau was about to spend the night there. We were later joined by Chief Videographer Mocha Bezirgan as Calgarians protested against the current Prime Minister of Canada. 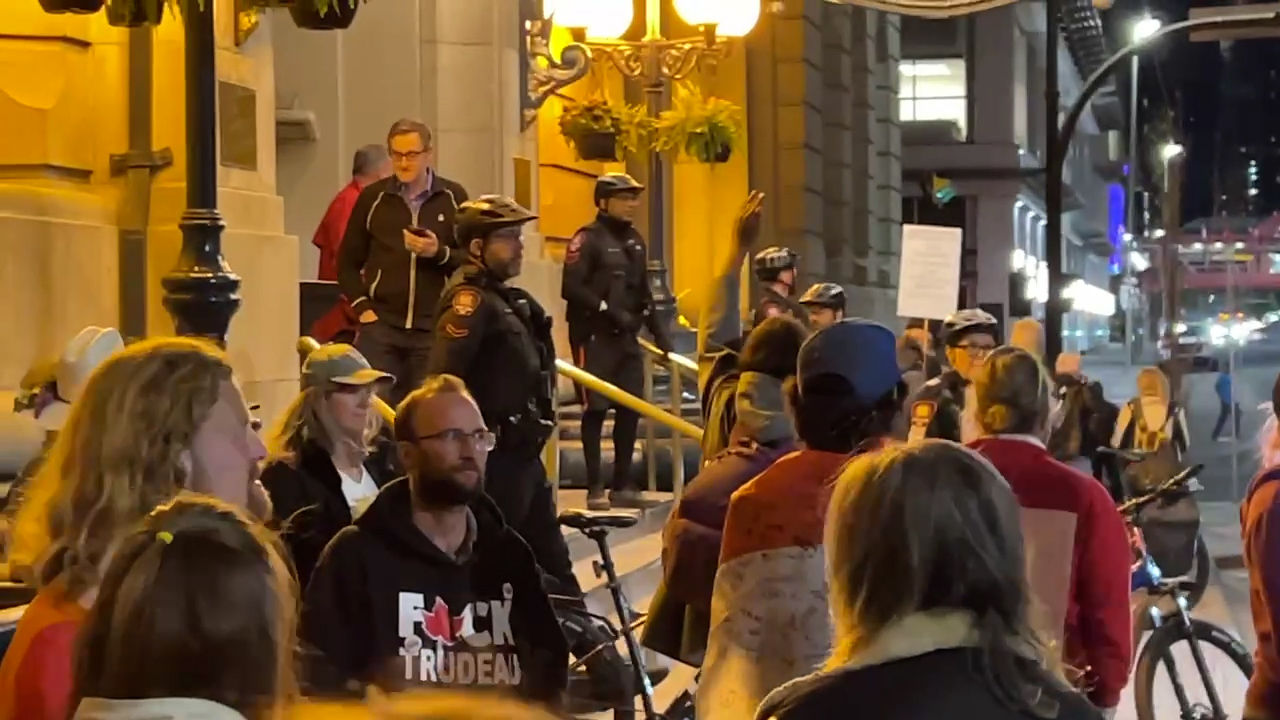 UPDATE: Some protesters are going home assuming that Trudeau is scared to show up. pic.twitter.com/oqvr99gzP3

Even though his plane reportedly touched down shortly after 10 p.m., around 70 protestors were already set up beforehand at the Fairmont hotel with the goal of conveying their distaste of the rather arbitrary and discriminatory travel restrictions still preventing all unvaccinated Canadians from being able to board a plane or a train. The protesters also had strong opinions regarding Trudeau's latest crime against Canadians - the newest control regime on licensed gun owners.

Protesters chant “arrest Trudeau” in Calgary, AB in front of the hotel where Trudeau is expected to arrive. @SydFizzard from @RebelNewsOnline gives me an update as I arrive. pic.twitter.com/S0S9nwORsI

As expected, Trudeau's bodyguards helped him smuggle in. He was nowhere to be seen, and no one was able to figure out how he entered the luxurious hotel. There were various back door entry points.

What's wrong Justin? Come out and face the music!

Justin Trudeau arrived late at night in Calgary, with dozens of protestors showing up to protest the ongoing COVID restrictions and his no-fly ban on the unvaxxed citizens.