Instead, the prosecutor's office wrote a brief message of condolences to Santi’s family, referring to his death as 'this tragic loss of life of Mr. Santi.' 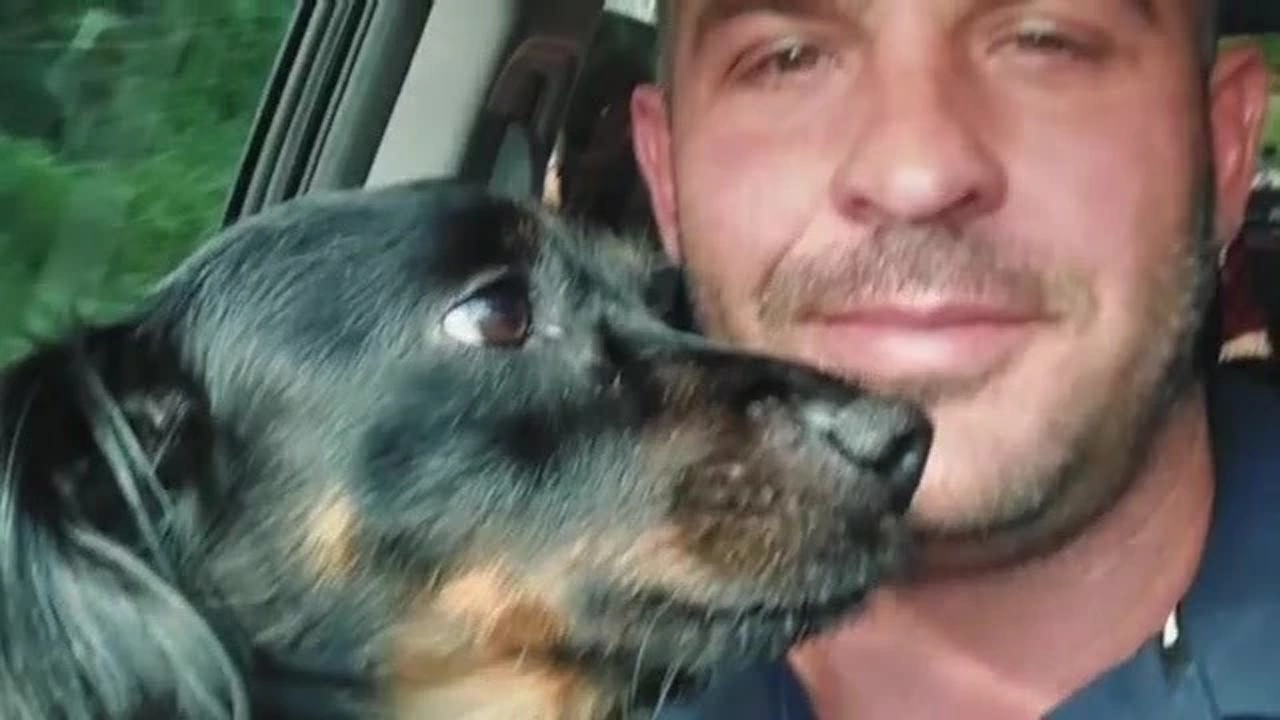 A Kansas City firefighter was shot dead after he tried to defend a convenience store clerk from a convicted felon, and now the prosecutor’s office in Kansas City is refusing to pursue a murder charge against his killer.

41-year-old Anthony Santi, who was off duty at the time, was witness to an altercation between convicted felon Ja’von Taylor, 23, and a female convenience store clerk who refused him service and asked for him to leave.

According to court records, Santi intervened when Taylor refused to leave. Taylor then “jumped away” from Santi and started threatening him, and moved outside to go to his vehicle where he pulled out a gun.

The video of the physical altercation shows Santi disarming Taylor, who was armed with a handgun with an extended magazine, court documents show.

After Santi pinned the man down in a headlock in an attempt to disarm him, a female passenger exits Taylor’s vehicle, gets the gun from Taylor, and points it at Santi.

Although the video cuts off there, court records show that the woman shot Santi in the back, killing him.

A Kansas City woman has been set free of charges tonight after protecting her boyfriend in a fight with a firefighter. The young lady seconds later killed the firefighter which has now been declared as self defense. ⚠️ pic.twitter.com/tuxV15oTC1

Taylor faces federal felony charges for possession of a firearm, but the Jackson County prosecutors' office said Tuesday that it will not seek any additional charges against Taylor, or the woman who killed Santi, arguing that her actions were performed in self-defense.

Instead, the prosecutor's office wrote a brief message of condolences to Santi’s family, referring to his death as “this tragic loss of life of Mr. Santi.”

Taylor was charged with felony robbery in May 2019, to which he pleaded guilty in March 2022. His sentence was suspended by the board of parole immediately upon conviction and put on supervised release. The length of his original sentence would have lasted 8 years had he been incarcerated in prison.

“Missouri law governs this case, specifically self-defense and defense of others, leading us to decline charges after a careful review,” the prosecutor’s office stated.

The woman who shot Santi was released from custody pending a brief review and does not face any charges.

Anthony Santi joined the Kansas City Fire Department in 2011, where he was “dedicated to helping people through his role,” as a firefighter and EMT.

Santi leaves behind a young daughter, whom his obituary describes as “the light of his life,” and that he was “happiest at being at the lake paddleboarding, hiking and spending time with his beloved dog, Donnie.”