Women of the Métis Nation allege that groups ‘involved in the convoy’ are directly connected to white supremacy, racism, homophobia and incitement of violence. 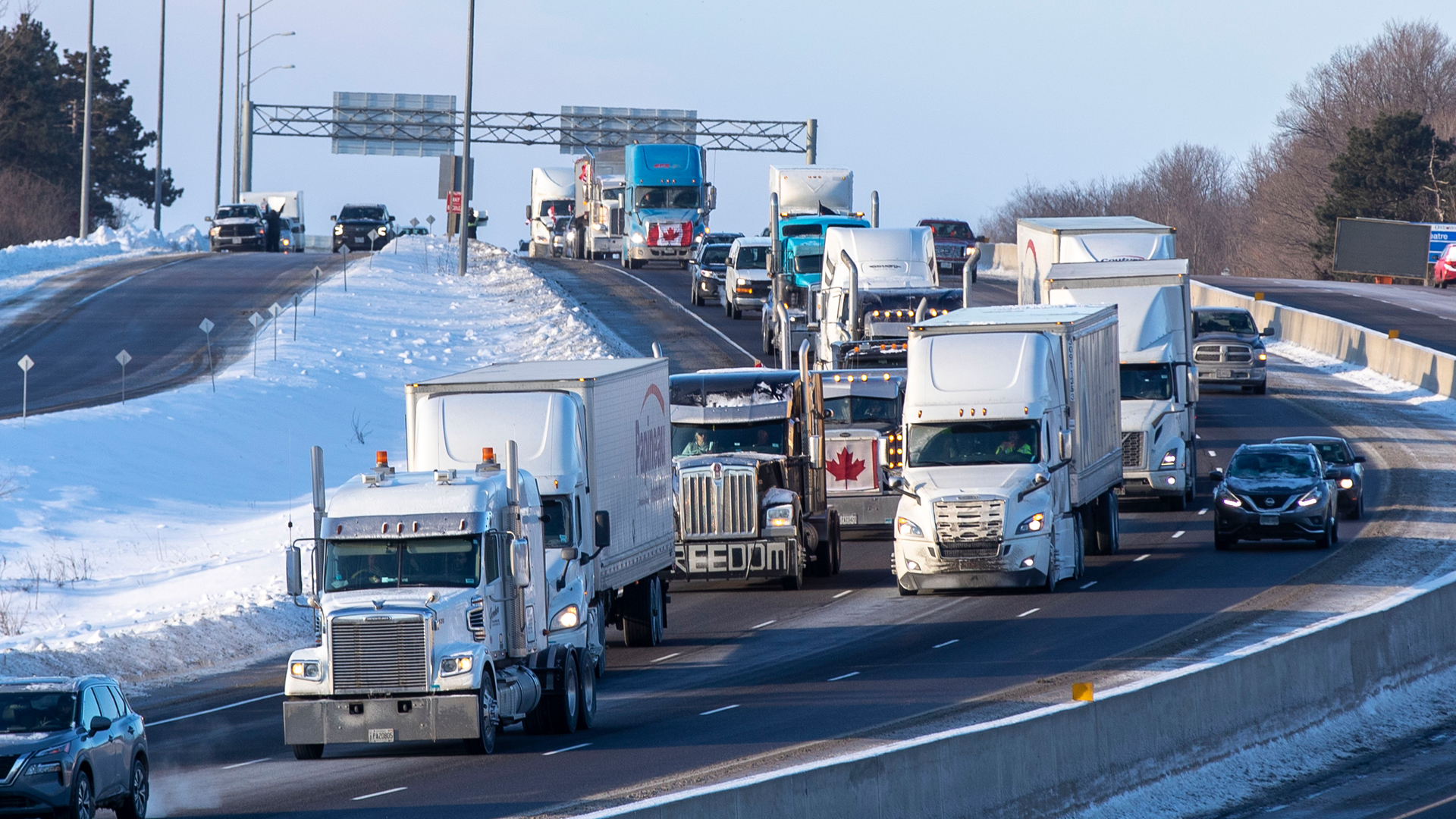 A federally-funded, federally-recognized group claiming to be the national voice of Métis women in Canada is warning women, girls and the “gender diverse” to stay clear of the trucker Freedom Convoy, citing the 2011 murder of an Indigenous woman by a truck driver.

Les Femmes Michif Otipemisiwak / Women of the Métis Nation (LFMO) cautions all women, girls and gender diverse people who are along the cross-country route of the 2022 trucker convoy to stay safe. Currently passing through many rural and remote regions and ultimately headed for downtown Ottawa, the anti-public health trucker convoy and its messaging directly put women, particularly Indigenous women and girls, at risk.

There have been cases of human trafficking and Missing and Murdered Indigenous Women and Girls, in which truckers have taken advantage of Indigenous women in rural and remote communities. Cindy Gladue, a Cree-Métis woman, avid drawer, fan of cooking shows and beloved mother of three daughters, was killed. Ten years later, Bradley Barton, a trucker from northern Ontario, was convicted and found responsible for her tragic and senseless death.

Many groups involved in the convoy have also been directly connected to white supremacy, racism, homophobia and inciting violence. In their aim to disrupt the commercial and transportation activities of the communities they cross and especially downtown Ottawa, their violent rhetoric puts all women, girls and gender diverse people at direct risk.

LFMO encourages all women, girls and gender diverse people along this route to stay together and to be alert. Please take all precautions you can to protect yourself – do not hitchhike, do not travel alone and do not stay out late. Though violence is never the fault of the victim, it is important that women have the ability, knowledge and strength to protect themselves.

This agreement will help to formalize the existing relationship with Les Femmes Michif Otipemisiwak and coordinate an approach to ensuring the safety and wellbeing of Métis Nation women and girls by identifying policy priority areas with federal departments specific to their needs. The declaration identifies the need for an intersectional and culturally informed gender-based analysis plus (GBA+) lens to advance these priorities.

The day before, on August 9, Les Femmes Michif Otipemisiwak were announced to be “double recipient” to Liberal government's “Feminist Response and Recovery Fund and Métis Women’s Leadership Initiative”:

Les Femmes Michif Otipemisiwak (LFMO) / Women of the MétisNation, the National Indigenous Women’s Organization representing Métis women across the Métis Nation Motherland, was recently announced as one of 237 projects that are set to receive funding as part of the federal government’s $100 Million Feminist Response and Recovery Fund through the Department of Women and Gender Equality (WAGE). LFMO also received an initial investment from WAGE to develop Métis Women’s Leadership initiatives to strengthen and support Métis Women in their leadership goals and opportunities.

...LFMO speaks as the national and international voice for Métis women across the Motherland. LFMO aims to consult, promote and represent the personal, spiritual, social, cultural, political and economic interests and aspirations of women, 2SLGBTQQIA+ folks of the Métis Motherland.

The trucker convoy was organized by Tamara Lich, a Western Canadian Métis woman.

You can watch all of our on-the-ground coverage of the convoy by visiting ConvoyReports.com.