'Let’s see how long my account on Tribel (the new leftie social media site) lasts,' wrote Raichik on Twitter, which contained a screenshot of her Tribel post: 'Men cannot get pregnant.' 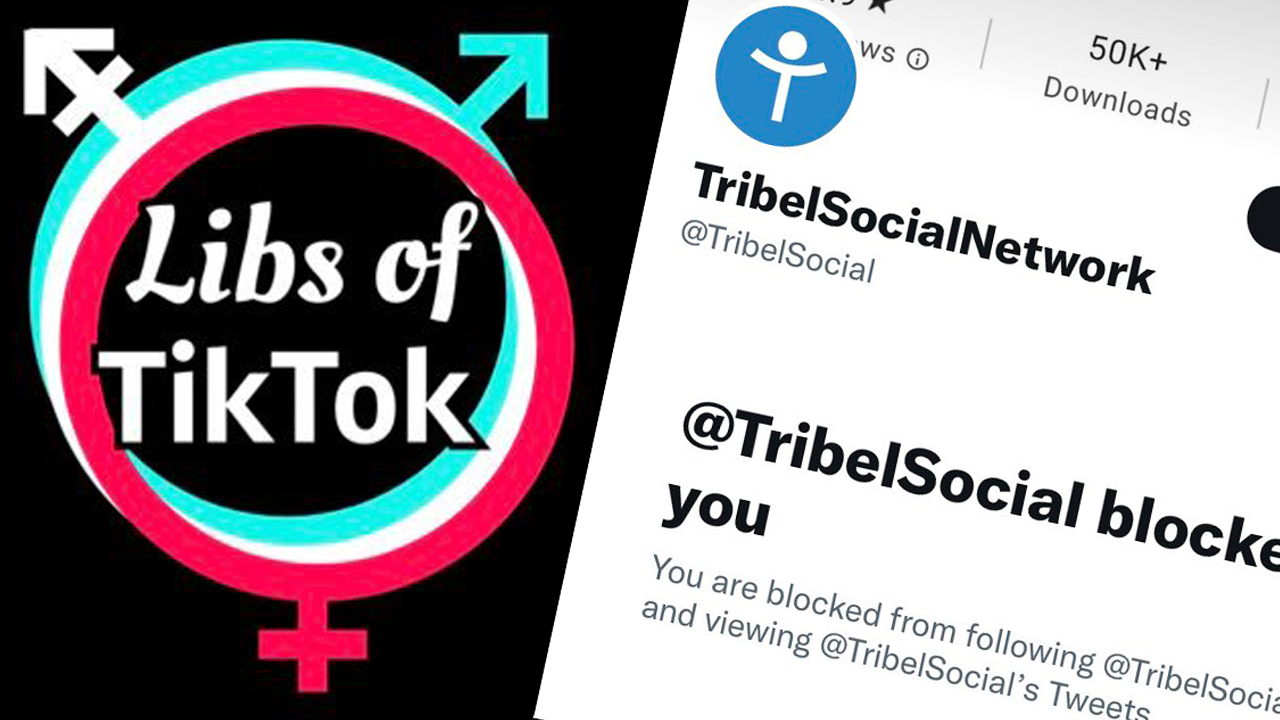 Libs of TikTok, the conservative account that has quickly grown to prominence in recent months, signed up for the liberal “alternative” to Twitter, Tribel, and was swiftly banned from the platform for posting the claim that “men cannot get pregnant.”

The claim being factual, of course. Facts, which are anathema to the woke left, prompted the platform’s moderators within 20 minutes of her post to lock out Libs of TikTok owner Chaya Raichik from making any additional posts.

“Let’s see how long my account on Tribel (the new leftie social media site) lasts,” wrote Raichik on Twitter, which contained a screenshot of her Tribel post: “Men cannot get pregnant.”

“Users are already asking to report me and I was misgendered within 10 minutes of being on the site,” wrote Raichik in an update with screenshots of the replies that made it through before her account was locked.

“This MAGA knows he’s not smart. Been publicly defaming folks on Twitter for a long time. Looks like he made it to Tribel. Report,” wrote one of the replies.

Tribel support later confirmed that it blocked Libs of TikTok from using the platform, explaining that the website’s “algorithms” (unlikely to exist, given the platform’s relative nascency) were designed to “identify bigotry” and ban users immediately.

“GREAT NEWS! Tribel just successfully fought off a wave of trolls that came over from the notoriously racist and homophobic ‘LibsofTikTok’ page. Our algorithms identified their bigotry and suppressed their posts — exactly as intended,” Tribel Support stated, “As you all can see, none of their hatred was able to trend on Tribel, confirming Tribel as America’s premiere social network for kind, intelligent individuals. LibsofTikTok and their army of trolls were given a lifetime ban.” 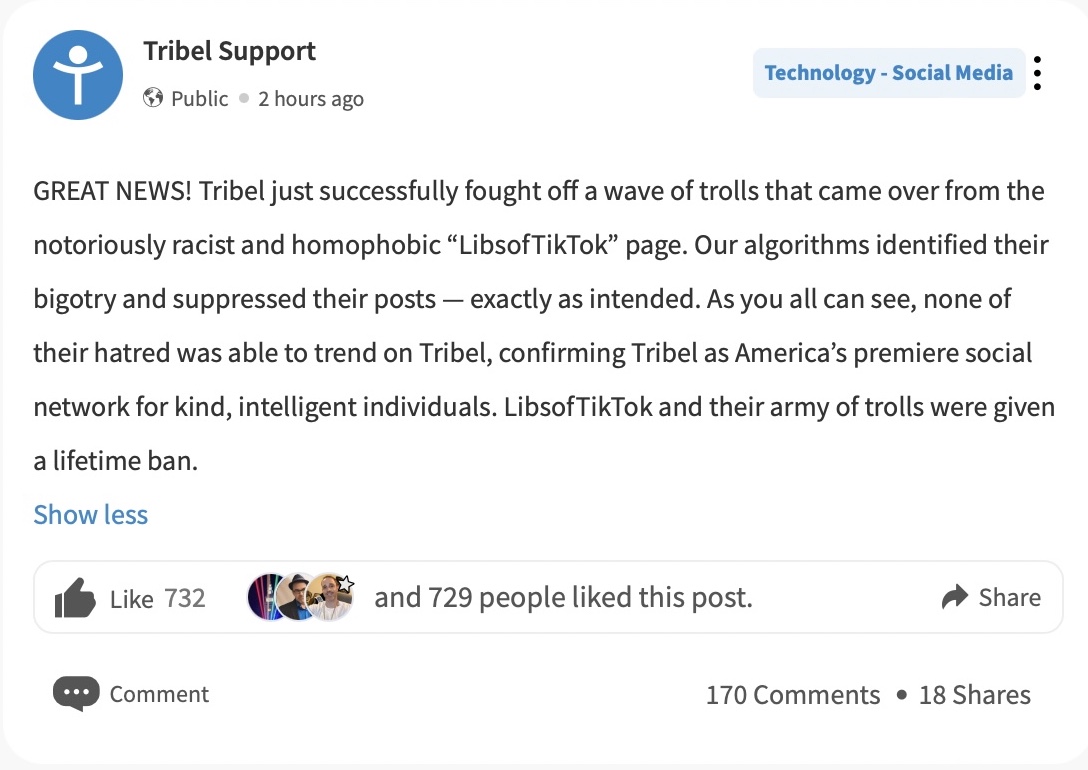 You can almost imagine liberal activist Dash Dobrofsky making this statement on one of his TikTok videos.

Political liberals Omar and Rafael Rivero set up the new social media platform in anticipation of Elon Musk’s takeover of Twitter, which is expected to be completed within a matter of weeks. It’s a bold strategy. Let’s see if it pays off for ‘em.

However well intentioned (ha!) the platform might be, Newsweek contributor Travis Akers warns that using the platform carries a host of risks that users should be well aware of.

"If you’re thinking of signing up for TribelSocial, I’ll warn you now, DON’T. You are opening yourself up to significant cyber security issues and data harvesting by a social media network operated by two people with known deceitful fundraising activities and unethical practices," warned Akers on Twitter.

"It’s owned & operated by Omar & Rafael Rivero. In September 2022, they raised $800,000 for an election fund and donated none of the money to federal candidates, but donated $250,000 of the fund to Blue Deal LLC, a company allegedly women-owned but actually owned by Rafael Rivero," he added.

Read Section 2 of the terms of service. The fine print should scare you away from TribelSocial. pic.twitter.com/lvmcBQppD5

"Besides the Rivero brothers being troublesome enough, and the terms of services that allows them to alter and profit from user content, from a national security and cyber security perspective, TribelSocial is exploitable and extremely dangerous. Not a risk worth taking. Avoid it!"

Did you remember volunteering to have your personal information, browsing data, contacts, and communications potentially provided to Russian intelligence and information/influence operations elements?

Well, if you signed up for a TribelSocial account you did. pic.twitter.com/qlCnjPKU2G