M&M's welcomes Purple to represent body positivity, but why did Green lose her boots, and why does Ms. Brown go as just Brown now? 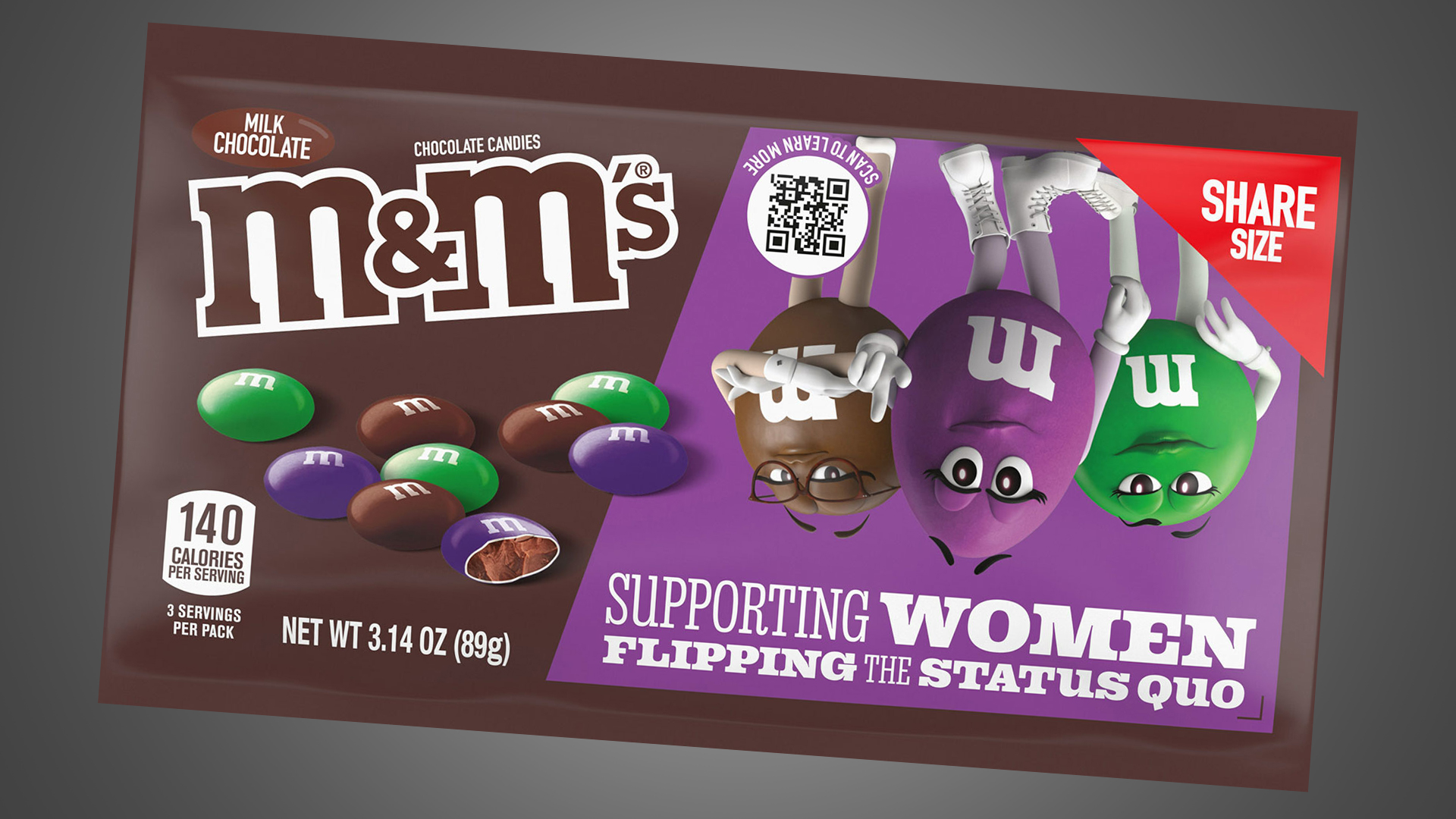 A few months ago, I bet you all were thinking, ‘finally a purple M&M to represent inclusivity, that's what we needed.’ Now that time has passed, it looks like M&M’s has launched an all-female pack of their delicious chocolate to celebrate female empowerment.

This bag features three characters, Purple peanut, who according to the brand, is the first new character in over 10 years.

“With her optimistic outlook, quirky nature, and authentic charm, our newest crew member reminds us to embrace our true selves. Imagine a world with less judgment & more connection & consistent laughter,” read M&M’s statement on Purple. The other two characters are Green and Ms. Brown.

We're celebrating women across the country who are flipping the status quo! Help us shine the spotlight by nominating a woman in your life who is breaking barriers and paving a new path. Head to https://t.co/fgwVEG4joI to learn more! pic.twitter.com/YRxOXvPhXb

The Daily Mail notes that “Mars, the maker of the candies, has been criticized in the past for making the green M&M too sexy, and either pushing a rivalry or a possible flirtation with the brown M&M.”

So because of that, it seems like the chocolatier changed the appearance of the female characters. Ms. Brown also lost her pronoun for whatever reason — and what is the purpose of getting rid of Green’s stiletto boots if Mars is trying to promote feminism? Shouldn’t wearing sexy boots be a great representation of feminism? There is even a petition circling around to bring back Green's boots, and let her remain the “sexy” M&M as it always had been up until last year.

“The solution appears to be the green M&M losing her stiletto boots in favor of sneakers and the brown M&M wearing slightly lower heels than before to what Mars spokespersons called a 'professional height,'” the Daily Mail story says. “Mars wants the green M&M to be 'better represented to reflect confidence and empowerment, as a strong female, and known for much more than her boots.'”

Even an opinion piece featured by The Washington Post titled, "The M&M’s changes aren’t progressive. Give Green her boots back" said:

Similarly, why is making the female M&Ms less visually feminine the path to more nuance? Why is wearing androgynous sneakers instead of fabulous thigh-highs a win for girl power? Why must Ms. Brown lose the “Ms.” for her personality to come through?

The great sin here isn’t the intent to make people feel included or seen; it’s the hypocrisy, and the ham-handedness, too. If I’m buying a pack of candy containing God-knows-what from a multinational conglomerate, I’ve likely made my peace with their whole deal and would rather them keep their pseudo-progressive piffle to themselves while they loot the planet.
They’ve got a business plan to stick to, and my candy canonically struggling with anxiety won’t change that. Just let my chocolates be chocolates.
But if Mars Wrigley insists on trying to get me to identify with a freshly updated M&M, the very least the company can do is give Green her boots back — or tell me where she bought them.

I agree with that part of 'let my chocolates be chocolates.' At the end of the day, it's just candy, and I will still eat M&M's.