A video of the incident shows the security guards telling the man that his shirt is considered 'religious soliciting' and that it is not allowed on mall property because it is private property and it offends people. 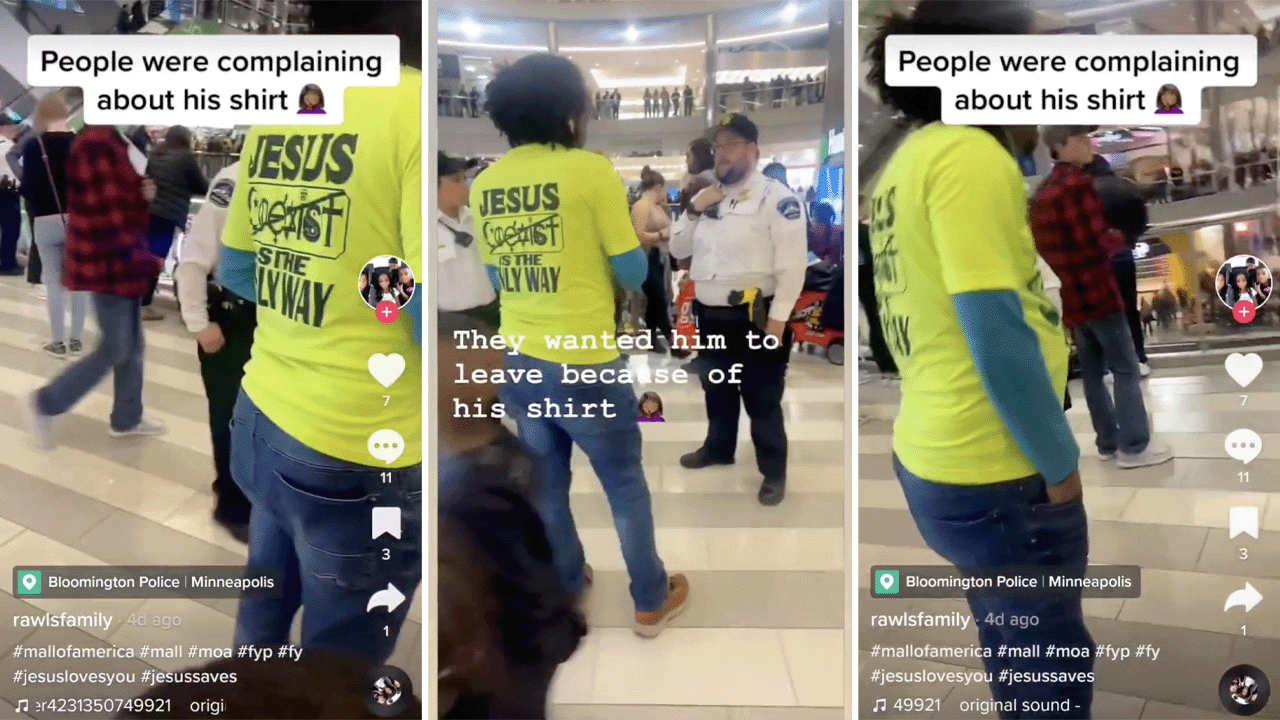 A man at the Mall of America in Bloomington, Minnesota, was recently told to remove a t-shirt that read "Jesus Saves" after security guards said that shoppers were offended by it. The back of the shirt also featured the Coexist symbol crossed out with the words "Jesus is the only way" printed below.

A video of the incident shows the security guards telling the man that his shirt is considered "religious soliciting" and that it is not allowed on mall property because it is private property and it offends people.

The man was also issued a "24-hour trespass for soliciting guests," according to a mall spokesperson, the Daily Mail reported.

The Mall of America's website states that soliciting is not allowed under its policies, including "Picketing, demonstrating, soliciting, protesting or petitioning."

I automatically assumed this was overseas, but it's right here in America. pic.twitter.com/Q79eUCG7xh

Mall policy also specifies that "appropriate attire" must be worn inside, specifying "apparel that has obscene language, obscene gestures or racial/religious/ethnic slurs that are likely to create a disturbance" as inappropriate.

Despite the incident, a mall spokesman told the Daily Mail that the man was eventually not required to obey the security guard's order.

"After a brief interaction, the guest was not required to change his shirt and was allowed to remain at the Mall," the representative said.

Social media users were furious over the video, accusing the mall of violating the man's religious freedom. "There is no way this should happen in USA. He has a free speech right to wear that shirt, and a freedom of religion right to practice his faith in public places. More people should wear Christian shirts to that mall," one user tweeted.

Other users suggested that more people wear shirts with similar religious messaging inside the mall.

The Mall of America has angered shoppers in the past, including in October when it added metal detectors at entryways as a security measure following two gun-related incidents in August.

The move was seen as an inconvenience by shoppers and angered Second Amendment advocates who were already upset over the mall's 2015 firearms ban.