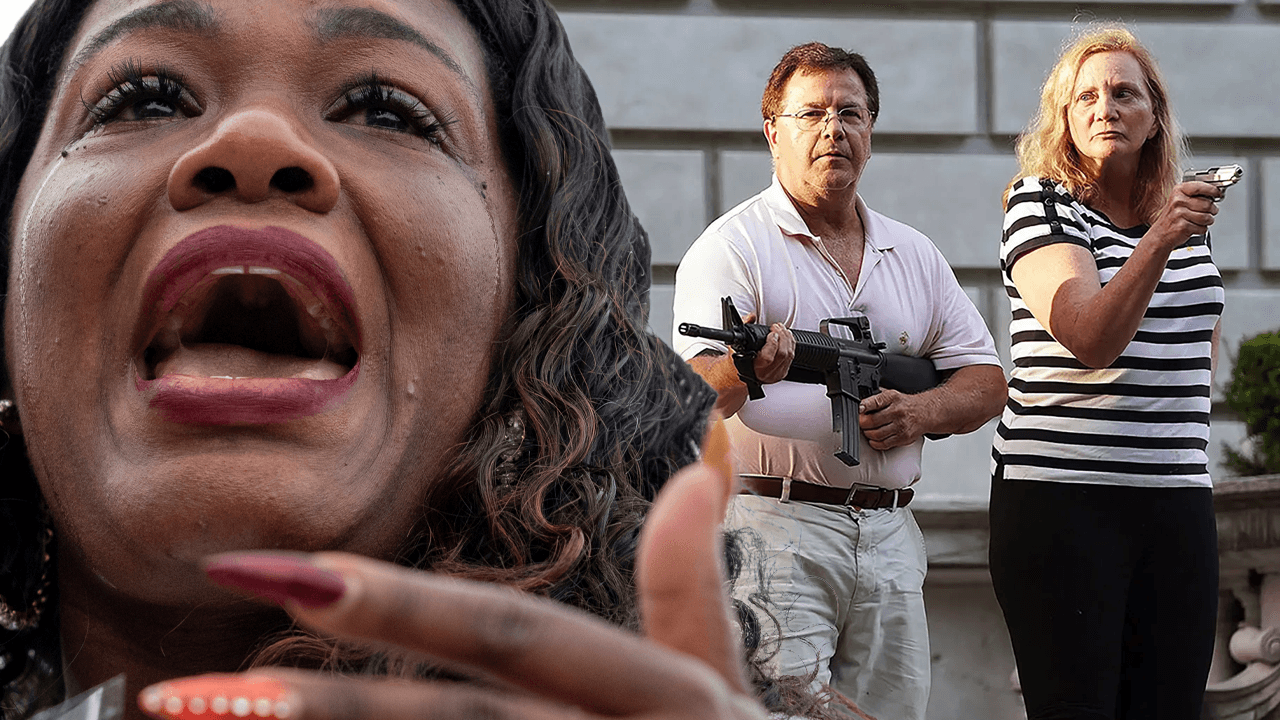 Democrat Rep. Cori Bush expressed outrage over Missouri Gov. Mike Parson’s pardons of the St. Louis McCloskey couple, who fended off a mob of protesters outside their St. Louis home by bearing firearms before the crowd. Bush, a progressive and Missouri native who represents the state’s 1st Congressional District, threatened Mark McCloskey and promised that “his day will come” because McCloskey “has spat on my name.”

Bush, who marched with the mob of Black Lives Matter protesters in the McCloskeys’ neighbourhood, told CNN that their pardons were “absolutely unbelievable.”

"Mark McCloskey is an absolute liar," she said. "He has spat on my name. And because of that, his day will come. You will not be successful in all that you're trying to do, when you are hurting the very people that are out trying to save lives … He can try it, but I will not stand by and allow him or our governor to hurt the very people that are doing the work that they should be doing."

Rep. @CoriBush, who took part in trespassing on the McCloskeys’ property, threatens the family after they received a gubernatorial pardon: "Mark McCloskey is an absolute liar. He has spat on my name. And because of that, his day will come." pic.twitter.com/XEe5DNOxKM

Bush appeared to be so angered by the McCloskeys that she took some time to recompose herself toward the end of the segment, while the CNN host thanked her for her passion.

Mark and Patricia McCloskey, who are staunch Republicans and supporters of former President Donald Trump, pleaded guilty to misdemeanours in connection with the incident last June and were ordered to pay fines. Viral videos filmed by protesters showed them standing outside their St. Louis home brandishing an AR-15 and handgun as protesters hurled abuse at the couple and threatened to disarm them.

Nine members of the Black Lives Matter protest group were given citations for trespassing, but prosecutors have stalled on their cases. The McCloskeys’ attorney said that demonstrators tore down a gate to their private street. Evidence on social media supports the veracity of the McCloskeys’ claims.

When the mob attacked my home, the media claimed the gate was open and that it wasn't torn it down to attack my family. Well, look here.

A media that constantly deceives Americans and glorifies the mob cannot be trusted. pic.twitter.com/TAyLeYijEU

Both McCloskeys, along with ten others, received pardons from Gov. Mike Parson this week.

"It's a correction of something that should have never happened in the first place," Mark McCloskey told Fox News of the pardons.