Miami Mayor Francis X. Suarez, who spoke at the Bitcoin 2022 convention, told CoinDesk that 'I can tell you in Miami we have big balls. That’s all I can tell you.' 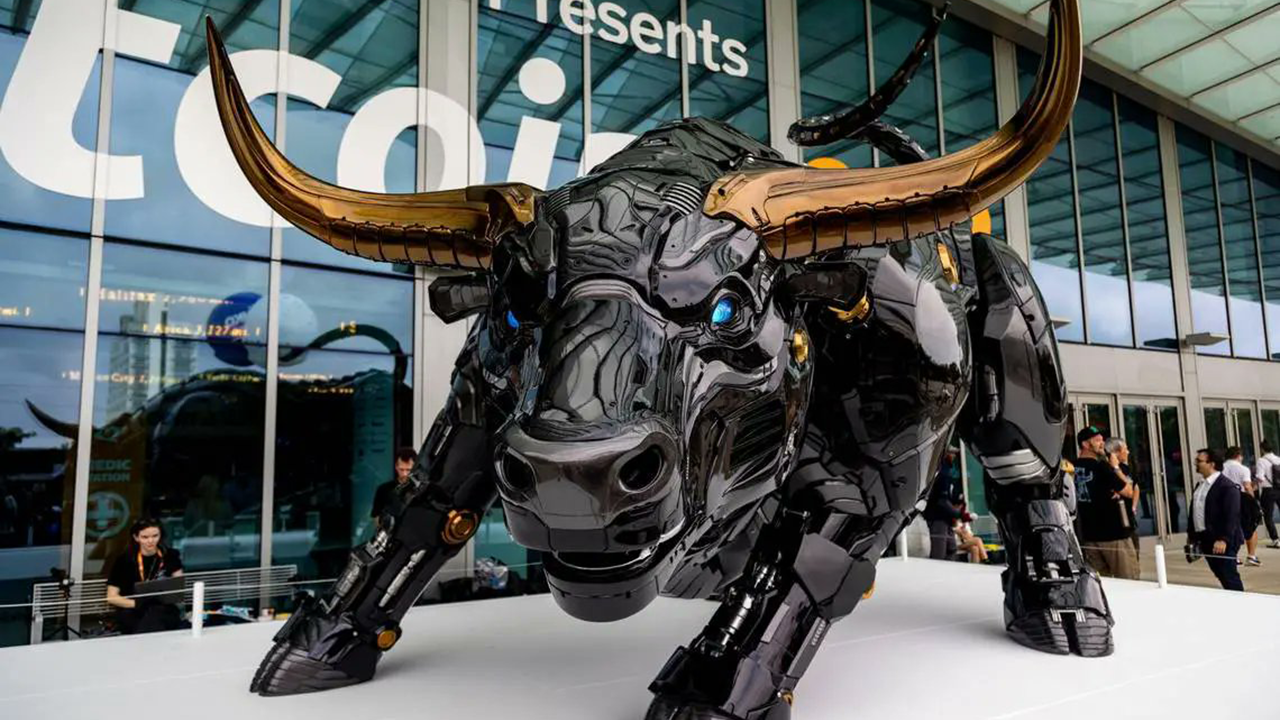 “The Miami Bull,” an 11-foot-tall chrome-and-fiberglass statue designed to mimic Wall Street’s Famous “Bronze Charging Bull” in front of the Bitcoin 2022 conference, was castrated ahead of its appearance.

The cyberpunk reimagining of the famous financial landmark became the subject of mockery after it was unveiled outside the Miami Beach Convention Center on Monday after many observers noted that the high-tech sculpture lacked a pair of testicles. Famously, the Wall Street version of the bull has its testicles intact, leading many to quip that the Bitcoin bull had been neutered by Big Finance.

Furio Tedeschi, the sculptor, said he did not intend for the bull to be a steer.

“I designed some huge, mechanical balls,” said the artist, who previously worked on the “Transformers” movies and the hit video game “Cyberpunk 2077.”

“I’m sad to see that they removed them,” he said.

Speaking to Forbes, Tedeschi said that TradeStation, which commissioned the work of art, removed the bull's anatomical assets for the sake of wokeness. TradeStation, a Florida-based trading platform, said that it removed the testicles to avoid feeding gender stereotypes about finance.

The Miami bull's balls were removed on orders from TradeStation, the trading platform that commissioned it, to avoid "feeding the gendered stereotypes about finance".
🤡🤡🤡🤡🤡🤡🤡🤡🤡
🤡🤡🤡🤡🤡🤡🤡🤡🤡

“I had designed some huge, mechanical balls,” said the artist. pic.twitter.com/JbwoDEZ6YC

Miami Mayor Francis X. Suarez, who spoke at the convention, told CoinDesk that “I can tell you in Miami we have big balls. That’s all I can tell you.”

As detailed by the outlet, Suarez is trying to turn Miami into a hub of modern finance, calling it the “capital of capital.”

“He has drawn paychecks in bitcoin, offers tax incentives for crypto, fintech, and investment firms to relocate and even christened the city’s own cryptocurrency, Miami Coin,” the publication noted.

“I think what it symbolizes is the metamorphosis from the old economy to the new economy,” Suarez said while unveiling the bull.

Asked about the symbolism of a neutered bull representing the city's drive to embrace cryptocurrency and new finance, Suarez disavowed responsibility.

“And of course, you know, this is something that TradeStation did, I didn't do it, you know, their idea, to be honest with you,” he said.