The senior government source told the press that Lindell was turned back because he was not fully vaccinated and did not have a negative PCR test in hand. 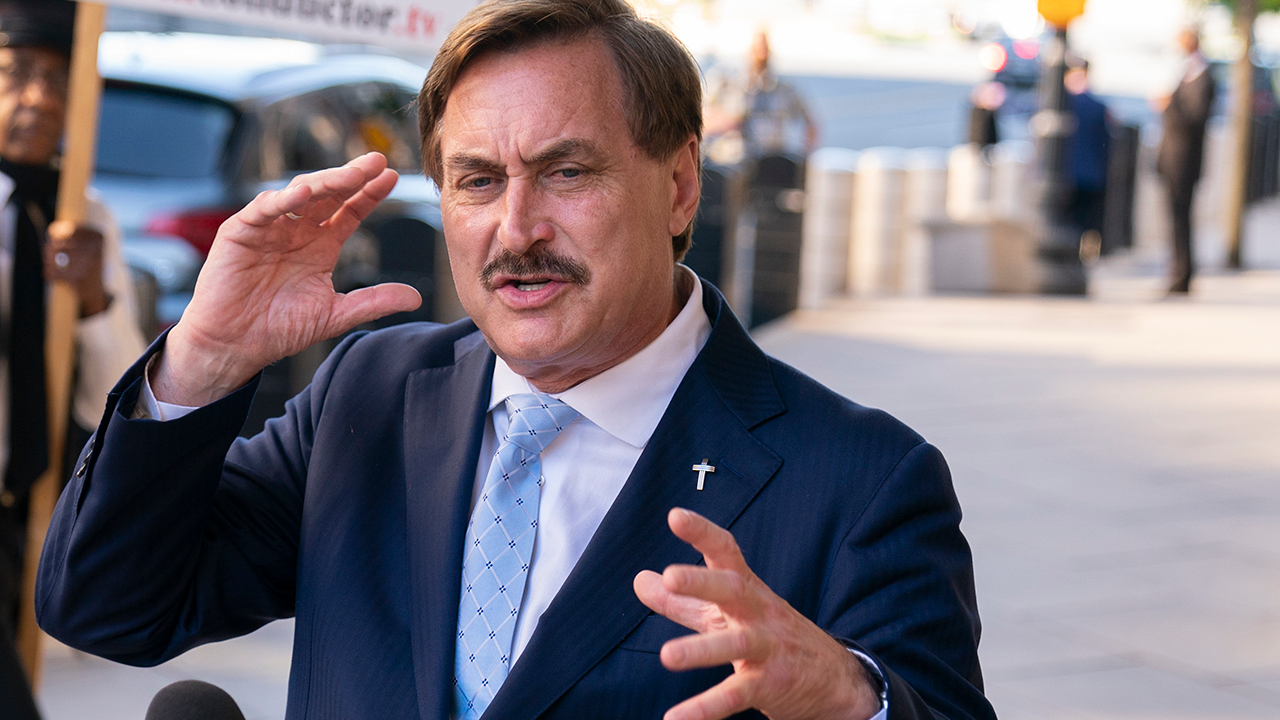 Canada has reportedly blocked efforts by MyPillow CEO Mike Lindell and his company’s drive to provide 10,000 pillows to the protesters participating in Canada’s “Freedom Convoy.”

On Tuesday evening, Lindell and his truck full of pillows were denied entry into Canada while trying to join the protesters in Ottawa, National Post reported.

Quoting a senior government source, the Post reported that Lindell and an accompanying videographer were denied entry at the Port Huron-Sarnia border crossing on Tuesday evening while en route to Ottawa to distribute pillows and bibles to members of the protest group.

Lindell, along with a MyPillow truck carrying over 10,000 pillows and 1,000 “Bible pillows,” were destined for Ottawa to provide a small bit of comfort for the truckers and their children. They were intercepted while attempting to cross the border through the Ambassador Bridge leading to Windsor, Ontario.

The senior government source told the press that Lindell was turned back because he was not fully vaccinated and did not have a negative PCR test in hand. Furthermore, the source stated that the truck was denied entry into Canada because the truck driver, an American citizen, did not have a valid pre-arrival PCR test.

According to the report, the Canada Border Services Agency (CBSA) learned of Lindell’s trip through social media channels before his arrival.

Under existing rules, Canada demands that foreign visitors have at least two COVID-19 doses and provide a negative molecular COVID-19 test result, which must be taken within 72 hours of arrival in Canada. The rules are part of the source of grievances for the “Freedom Convoy” protests currently ongoing in Ottawa and other Canadian locations.

Lindell, an outspoken supporter of former U.S. president Donald Trump, has been an advocate of the trucker-led protests and has pledged to support the movement.

On Facebook, Lindell called the Canadian trucker protests “so important,” stating that they would reason why several Canadian provinces, including Ontario, had begun lifting their COVID-19 restrictions.

“They can’t stop because they’ve got to completely get their freedoms back,” said Lindell. “(The trucker) has been waiting on this permit that they made up out of the blue, this new permit thing.”

Lindell’s trip to Canada was documented by Right Side Broadcasting Network, which was also temporarily detained at the border.

“RBSN’s film crew was temporarily detained at the Canadian border on Tuesday evening and was released shortly thereafter,” read a statement by RSBN.

“RBSN had hoped to continue coverage of MyPillow’s pillow distribution to the Freedom Convoy of truckers,” RSBN said. “However, they were denied entry to Canada due to COVID-19 protocols and returned to the United States.”

In addition to Lindell, the CBSA says it has turned back “dozens” of Americans at the border under current COVID-19 rules who are trying to participate in the trucker convoys.

Lindell denied he was blocked at the border in an interview with CBC, but the broadcaster said government sources confirmed his presence. The CBSA has not confirmed nor denied that they blocked Lindell at the border, citing privacy laws.

“What I can tell you is that all travellers seeking entry to Canada are subject to strict screening measures by CBSA border services officers to ensure travellers are eligible to enter the country and understand their public health obligations,” senior spokesperson Patrick Mahaffy in a statement to National Post.

“All foreign nationals, including U.S. citizens, must meet all entry requirements as set out in the Orders in Council related to COVID-19, before being authorized to enter Canada,” he said.