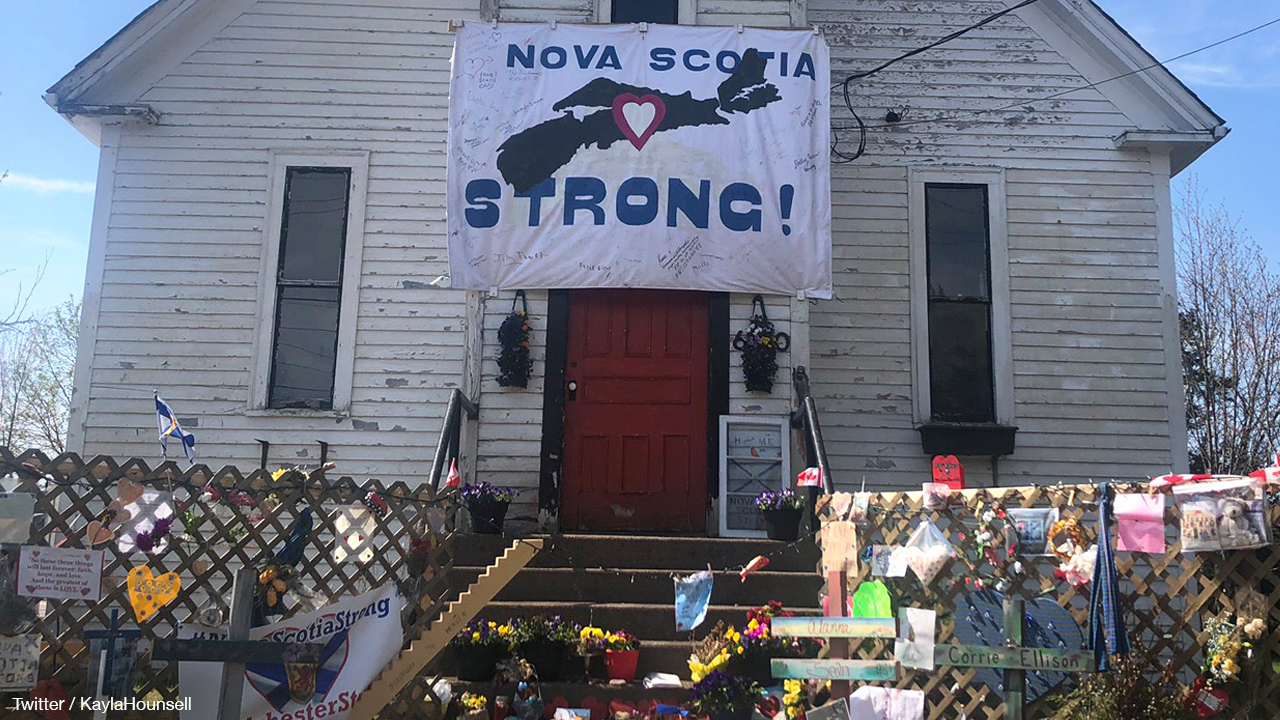 The community of Portapique have agreed to dismantle a makeshift memorial to the victims of the Nova Scotia shooting.

Starting on April 18, 2020, Gabriel Wortman set off on a shooting spree starting in Portapique which would leave 23 victims dead, which includes a pregnant woman and her unborn baby.

Wortman died the next day.

And now, the local residents have decided to it's time to remove the memorial set up on the lawn of a former church on Portapique Beach Road.

As reported by the CBC,

[The councillor for the Portapique area, Tom Taggart] said residents have grown weary of vehicles stopping at the church and then heading to nearby Portapique Beach Road, the neighbourhood where the lone shooter killed 13 people on April 18 before murdering nine others the next day in several other communities in northern and central Nova Scotia.

“It has just gotten to be too much for the residents,” Taggart said in an interview, noting that a smaller memorial at the entrance to the neighbourhood was removed in May.

...Some residents have said they feel like they're living in a fishbowl. Others have posted signs pleading for privacy.

The memorial will be removed this weekend.

After the shooting, the deadliest in Canadian history, Justin Trudeau and Bill Blair announced that 1,500 firearms models manufactured for civilian use, including the AR-15 and the Ruger Mini-14, would be made illegal through an Order in Council (OIC).