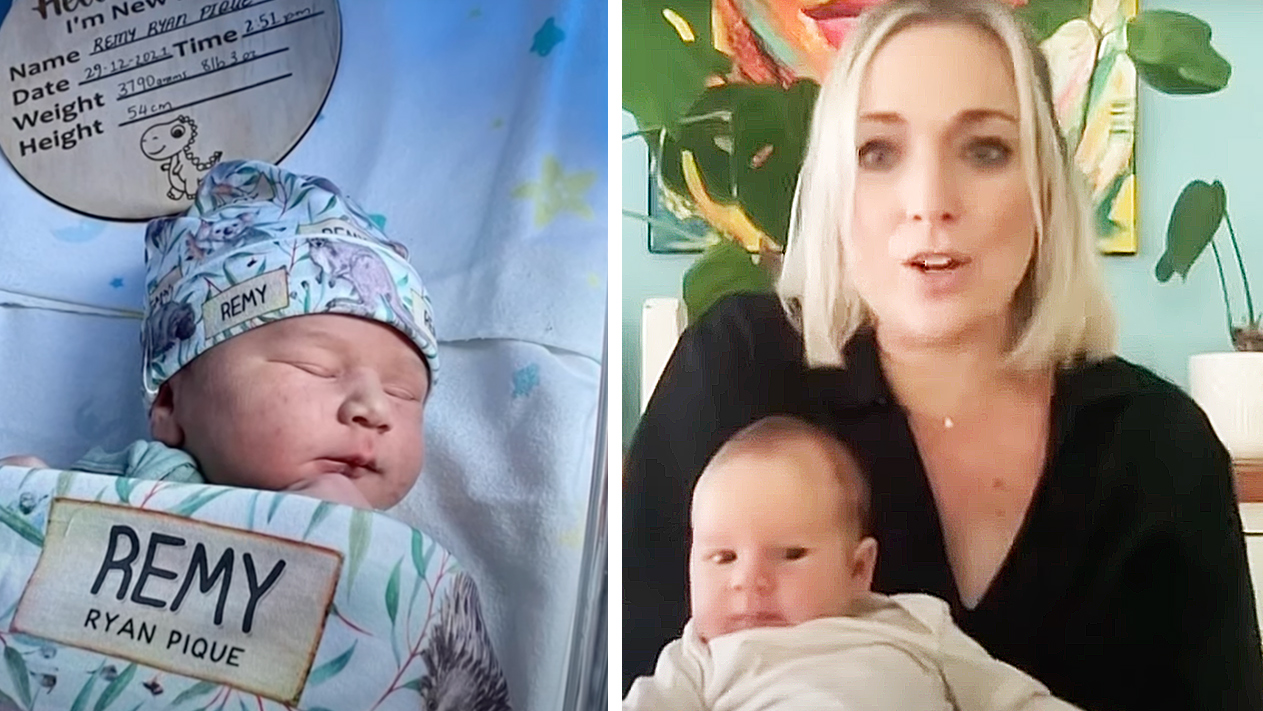 A Queensland mother has been left traumatised after she alleged her brand new baby was ‘ripped from her arms’ by Caboolture Hospital and kept until the mother returned a negative PCR test.

The horrifying incident was reported by Narangba woman Aleasha Pique, 36, whose baby boy was taken against her will by hospital staff.

Despite the mother being fully vaccinated and intending to breastfeed, the baby boy was taken because her 16-year-old teenage daughter was a casual contact of another Covid case. According to the Queensland Department of Health, every effort is meant to be made to keep mothers with their children – even if the mother is a Covid-positive case.

This was not Aleasha’s experience in what she calls ‘the longest day of her life’.

ALEASHA Pique at the Caboolture Hospital in Queensland's south east, had her newborn son snatched from her arms, TAKEN against her will, by hospital staff with claims that her 16 year daughter might have been COVID-positive.https://t.co/GdB1bpJx5O pic.twitter.com/Z1QCnLNRyD

Aleasha thought she was doing the right thing mentioning her daughter’s casual contact. The mother was put into an isolation room before her newborn was taken away for what was meant to be an of hour tests. When the child had not been returned by lunchtime, the nurses explained that she could be separated from her child for several days because of a backlog in the testing process.

At this point, there was a ‘no visitor rule’ and Aleasha was alone without any support leaving nurses to fear for her mental health.

“My meltdown may have spurred a fast track of the [Covid] results and staff told me I was negative and Remy was returned to me later that evening.”

Even though swabbing of a new mother is now standard practice in Queensland hospitals, it is highly unusual that a child would be taken away.

“Everything about Remy’s arrival was destroyed by a decision made by the Covid team at the hospital They declared that he needed to be separated from me. Even the nurses were horrified. One said to me, ‘I’m so sorry, I’m ashamed to work here. This kind of thing should only happen in movies.’

“I begged for a Rapid Antigen Test, but they said no. When the staff wheeled Remy out of my room I sobbed and asked how long it would be before the test results would arrive and they said they had a backlog and it could take days.”

The mother was extremely distressed by the prospect of being separated from her newborn for an unknown amount of days – missing out on the crucial bonding that happens at the earliest stages of life.

So shocking was the incident that it has triggered an investigation at the hospital.

Aleasha is still deeply upset by the incident and said that she is ‘scared to even put him down’.