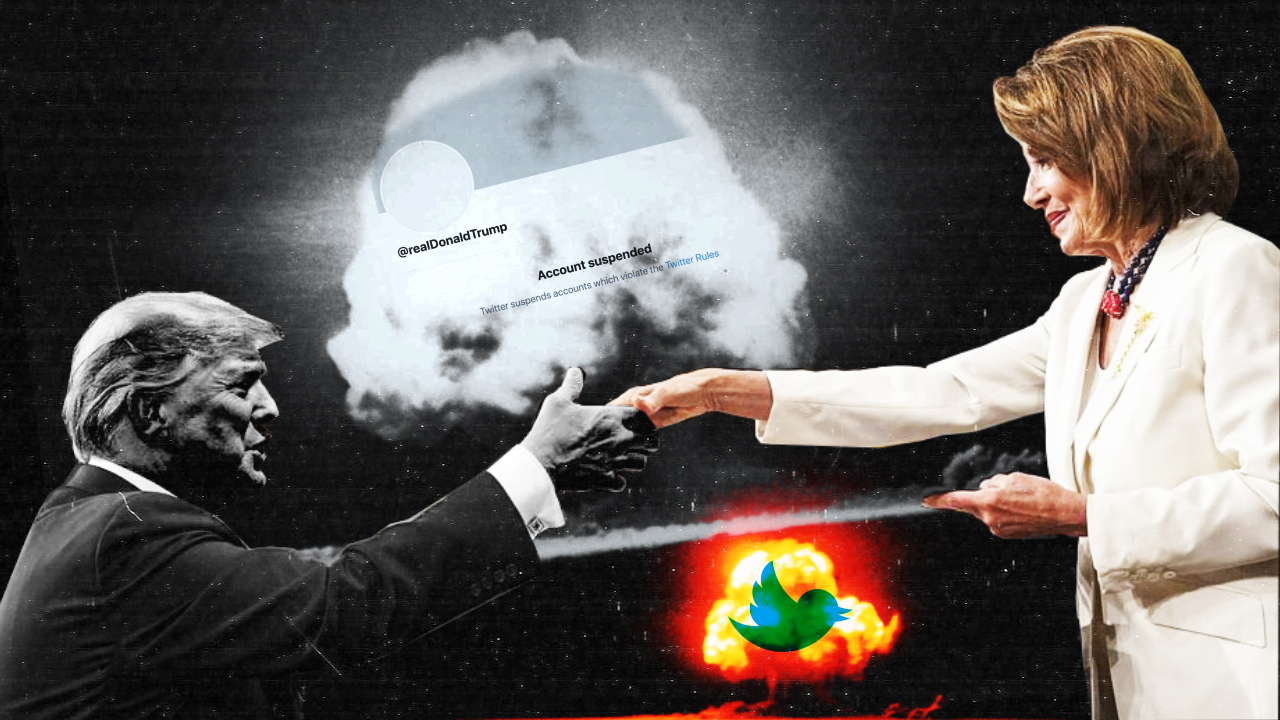 Democrat House Speaker Nancy Pelosi, in a stunning letter, asked the United States’ top military officer about putting precautions in place to prevent the commander-in-chief, President Donald Trump, from ordering military actions, including the ability to launch nuclear weapons, while Democrats seek to impeach him. Defense Department officials replied that this would amount to a military coup.

People are scaling the walls of the Capitol. https://t.co/QXZYfZTrBx pic.twitter.com/IkzreeiYuF

“I spoke to the chairman of the Joint Chiefs of Staff Mark Milley to discuss available precautions for preventing an unstable president from initiating military hostilities or accessing the launch codes and ordering a nuclear strike,” Pelosi’s letter states.

The Speaker’s letter comes as congressional Democrats are seeking to invoke the 25th Amendment to remove President Donald Trump from office, through the votes of Vice President Mike Pence and a majority of Cabinet members.

As reported by the New York Times, a spokesman for Joint Chiefs of Staff Chairman Gen. Mark Milley confirmed that, “He answered her questions regarding the process of nuclear command authority.” Defense Department officials noted that President Donald Trump is the commander-in-chief and they are bound to follow his lawful orders. Furthermore, while they can refuse to carry out orders they view as illegal, they cannot remove Trump from the chain of command, as this would amount to a military coup.

After close review of recent Tweets from the @realDonaldTrump account and the context around them we have permanently suspended the account due to the risk of further incitement of violence.https://t.co/CBpE1I6j8Y

Over the weekend, the president was removed from all major social media platforms, prominently Trump’s most used platform: Twitter, which he credits with his success as a politician and becoming duly elected by the American public in 2016, despite wide claims of alleged “Russian Collusion”

Trump's @POTUS tweets are being deleted seconds after posting pic.twitter.com/CTwAyJT8HD

Trump's @POTUS tweets are being deleted seconds after posting pic.twitter.com/CTwAyJT8HD

Trump relayed a statement from the official @POTUS account condemning Twitter for banning him, but these tweets have now been deleted, with Twitter stating they violate policies on using another count to evade suspension.

He hinted at a possibility of a new social media platform for his supporters, noting, “Twitter is not about FREE SPEECH. They are all about promoting a Radical Left platform where some of the most vicious people in the world are allowed to speak freely.”

“As I have been saying for a long time, Twitter has gone further and further in banning free speech, and tonight, Twitter employees have coordinated with the Democrats and the Radical Left in removing my account from their platform, to silence me — and YOU, the 75,000,000 great patriots who voted for me. Twitter may be a private company, but the government’s gift of Section 230 they would not exist for long.

"I predicted this would happen. We have been negotiating with various other sites, and will have a big announcement soon, while we also look at the possibilities of building out our own platform in the near future. We will not be SILENCED!"

For more Rebel News coverage of Washington, head over to RebelWashington.com!