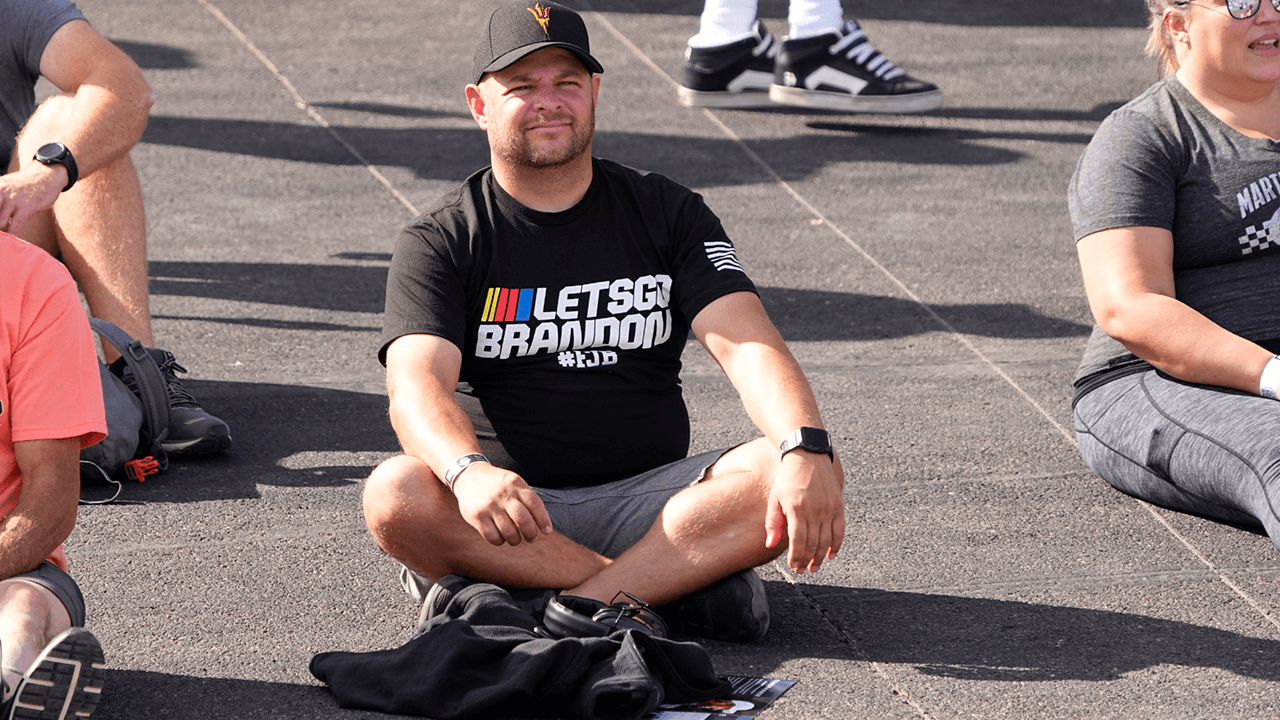 NASCAR is condemning the use of the phrase “Let’s go Brandon” after it was accidentally spawned by an NBC sports newscaster during an interview with NASCAR driver Brandon Brown.

In a statement to the Associated Press, NASCAR President Steve Phelps is threatening to sue anyone who produces the "Let’s go Brandon" phrase on merchandise featuring NASCAR trademarks and logos. He claims that the organization does not want to be associated with politics.

The Associated Press reported on Friday:

Phelps … said NASCAR will pursue action against any illegal use of its trademarks on merchandise boasting the slogan. Retired baseball star Lenny Dykstra posted a photo on Twitter this week of a man eating breakfast at a New Jersey hotel wearing a black “Let’s go, Brandon” shirt alongside NASCAR’s trademarked color bars.

“We will pursue whoever (is using logos) and get that stuff,” Phelps said. “That’s not OK. It’s not OK that you’re using our trademarks illegally, regardless of whether we agree with what the position is.

“I feel for Brandon,” Phelps said, per USA Today. “I think unfortunately it speaks to the state of where we are as a country. We do not want to associate ourselves with politics, the Left or the Right. We obviously have and we’ve always had, as a sport, tremendous respect for the office of the president — no matter who is sitting.”

“Do we like the fact that it kind of started with NASCAR and then is gaining ground elsewhere? No, we’re not happy about that,” Phelps added. “But we will continue to make sure that we have respect for the office of the president.”

Despite Phelps’ claim that NASCAR does not want to be associated with politics, the organization embraced leftist social justice issues last year and this year. The Associated Press reported in February that Phelps expressed his support for the company’s endorsement of the widespread protests that spawned in the wake of George Floyd’s death last summer.

The phrase gained popularity as conservatives used it to mock both President Joe Biden and the establishment media for carrying water for him.

Florida Governor Ron DeSantis explained it best at a recent meeting with his constituents, where he went into detail about the phrase’s origins and its intended use.

“You know how that started,” DeSantis asked the audience. “It was at a NASCAR race and they’re doing an interview with a driver. And his name was Brandon. And the crowd started chanting very colorful language about Joe Biden. It is what it is. First of all, they said way worse about Trump for four years. They’re chanting this.”

“You have a reporter from NBC,” DeSantis said. “She’s trying to cover for Biden, so she says they’re chanting ‘Let’s go Brandon.’ It was a lie.”

“This chant has taken on a life of its own,” DeSantis added, “because it exposes the dishonesty of these corporate reporters.”