Chamath Palihapitiya argued that there are more pressing issues at hand such as climate change and America’s failing health-care system than the oppression of millions of Muslims in China. 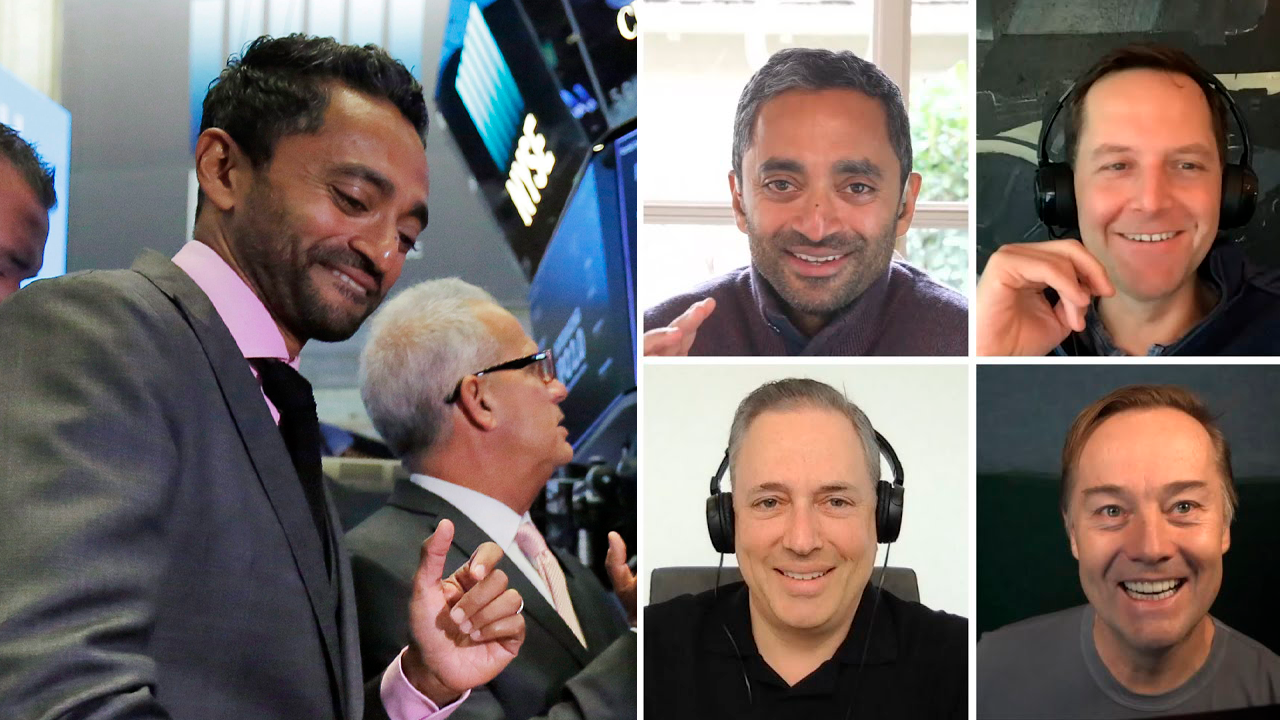 NBA Golden State Warriors co-owner and billionaire tech mogul Chamath Palihapitiya claims that “nobody cares” about the Uyghurs, and that the United States does not have any moral authority to speak out against the Chinese government’s human rights abuses due to the state of its own prisons.

Palihapitiya, who’s excessively woke, argued that there are more pressing issues at hand such as climate change and America’s failing health-care system than the oppression of millions of Muslims in China.

The NBA faces criticism for its continued endorsement for China and engagement with the Chinese economy despite the authoritarian regime's record of human rights violations, which continue to remain ongoing.

As previously detailed by Rebel News, Boston Celtics Enes Kanter Freedom is one of the few voices in the league willing to speak out against the Chinese government for its continued abuse of the Uyghur minority.

Palihapitiya made his remarks on the “All-In” podcast, a show he co-hosts with tech industry personalities Jason Calacanis, David Sacks, and David Friedberg. His brisk remarks about the Uyghurs were not entirely well-received as Calcanis pushed back against his apathy by comparing China’s imprisoning of more than one million Uyghurs to the Holocaust.

Calcanis added that Palihapitiya’s accusations against America were disproportionate.

Later on in the show, Calcanis praised President Joe Biden for coming out “with a statement on the Uyghurs,” that he said was “very strong.”

Last December, Biden signed a bill banning American companies from importing materials from Xinjiang province, where the majority of the ethnic minority group is held throughout numerous concentration camps.

Calcanis’ remarks prompted Palihapitiya to chime in and say, “Let’s be honest. Nobody cares about what’s happening to the Uyghurs, OK? You bring it up because you really care and I think that’s nice that you really care –”

“What? Do you mean that you don’t care?” Calcanis interrupted.

“Nobody cares about what’s happening to the Uyghurs, okay? … I’m telling you a very hard ugly truth… Of all the things I care about, yes it is below my line.”
—Chamath Palihapitiya (billionaire CEO of Social Capital & part owner of Golden State Warriors)pic.twitter.com/gPGLpg4vgO

The conversation reached a boiling point when the hosts debated about America’s moral authority over the Chinese government.

“Well, I think people, if you explain to them what’s happening to the Uyghurs in China, they care but it’s not top of mind for them,” Sacks said. “What’s on their mind right now is they go to their grocery store and the shelves are empty .”

“And I think a lot of people believe that and I’m sorry if that’s a hard truth to hear but every time I say that I care about the Uyghurs, I’m really just lying if I don’t really care,” he explained. “And so I’d rather not lie to you and tell you the truth it’s not a priority for me.”

Palihapitiya said that until America “actually [cleans] up our own house, the idea that we step outside of our borders with, you know, with us sort of, like, morally virtue signaling about somebody else’s human rights track record is deplorable.”

“Look at the number of black and brown men that are incarcerated for the absolutely ridiculous crimes,” he continued. I don’t know if you saw this past week, but there is a person that was released from jail because he couldn’t even be protected in jail because in some of these cells they run these fight clubs inside of Rikers Island that are basically tacitly endorsed by the corrections officers that don’t do anything.”

“So if you want to talk about the human rights of people, I think we have a responsibility to take care of our own backyard first, first, and then we can go and basically morally tell other people how they should be running their own countries,” he added.

The rest of the conversation can be found on the podcast’s YouTube channel.