Uvalde police are seen inside Robb Elementary staring at their phones and using hand sanitizer during the active shooter situation in which 19 children and two teachers were murdered. 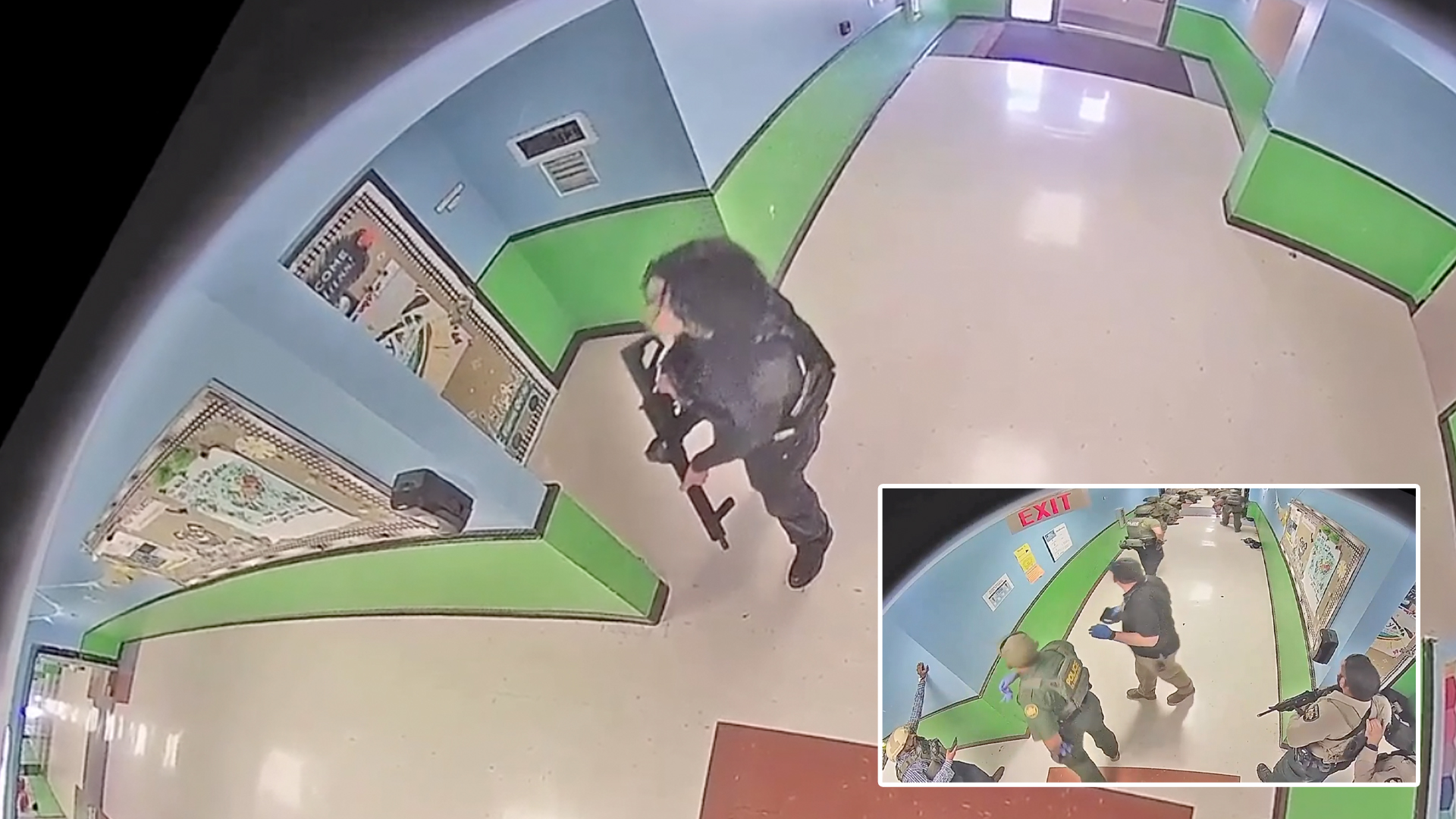 More footage from the Robb Elementary School shooting that occurred earlier this year has been released online. The footage shows how the gunman crashed his vehicle outside then proceeded to shoot at two people approaching the crash site to check on him.

The new footage also consists of security cameras inside the school showing the gunman walk through the hallway and enter the classroom before shooting the people inside. One student was in the hallway after the gunman entered the school. He froze after seeing the the man and fled once he heard gunshots go off.

Police were also seen in the camera footage arriving on-scene minutes after the shooter entered. A few of them rushed into the classroom to engage the shooter, but retreated after being shot at. The footage proceeds to show police and border patrol units stay in the hallway for 77 minutes before moving in to kill the shooter.

Public outcry toward the Uvalde police department continued with the release of this footage, especially with moments where one police officer is seen on his phone, and another officer getting hand sanitizer in the hallway while the shooter is in the classroom. The main outcry consists of police and border patrol units not engaging the shooter for so long while they could hear more gunshots being fired inside the classroom.