Oberlin College agrees to pay $36.59 million to local bakery it defamed for 'racism'

While the college refused to retract its claims, protests went on until the store was forced to lay off a large portion of its staff and cut opening hours to make up for the losses. 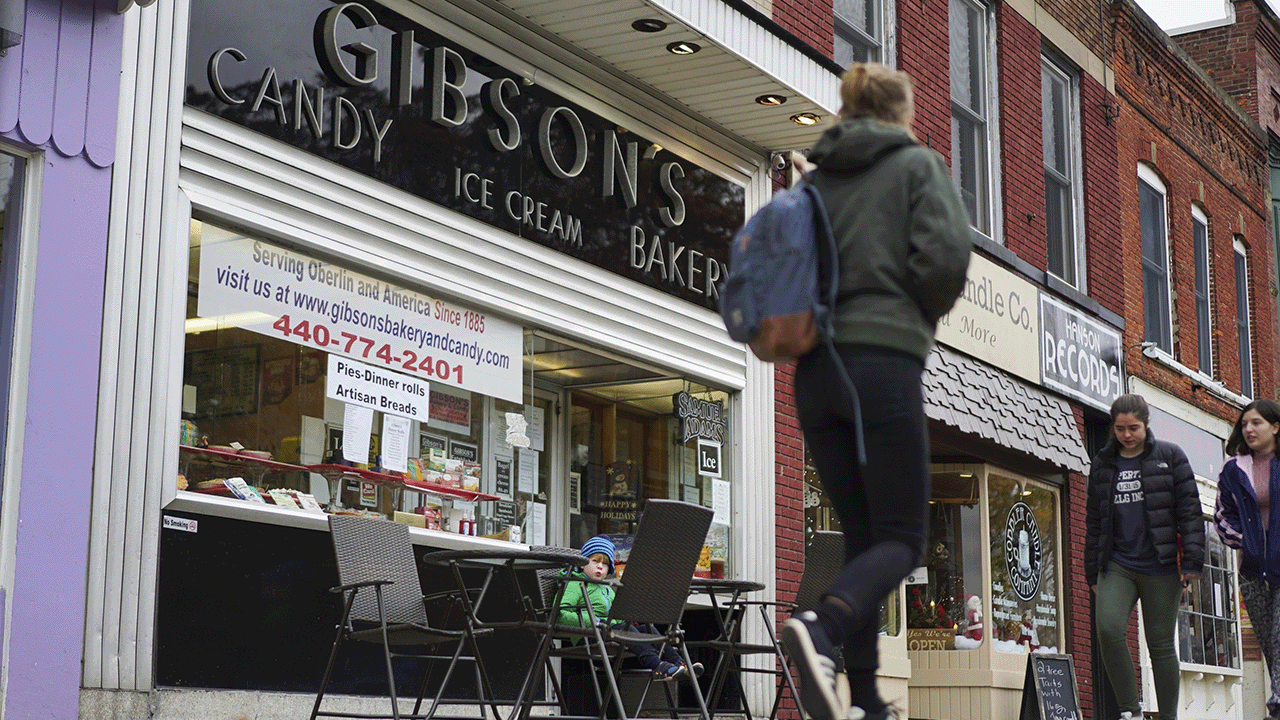 Oberlin College has agreed to pay $36.59 million to Gibson’s Bakery after it defamed and falsely accused the local establishment of racism when a worker caught three black students stealing items from the store.

In 2016, the store owner of the 137-year-old Gibson’s Bakery confronted and chased down the students who stole from the business. All three students were charged with misdemeanors. The incident prompted the former dean of students Meredith Raimondo to whip up a woke mob against the establishment, even turning up outside the business with a bullhorn accusing them of anti-black racism.

Even as the store refuted the accusations and tried to defend itself, Raimondo continued to strike anger against the Gibson family, accusing them of having a long track record of racial discrimination.

A student senate resolution at Oberlin College condemned the family in an email to all students and posted the notice in a display case at the school student center, where it stayed for a year, The Daily Mail reported.

The college then ordered its food provider to stop buying cookies, bagels, and other merchandise, hurting the business, and college officials portrayed them in a negative light.

While the college refused to retract its claims, protests went on until the store was forced to lay off a large portion of its staff and cut opening hours to make up for the losses.

Store owners Allyn Gibson, and his son David Gibson, both of whom are now deceased, sued Oberlin College in November 2017 with libel claims. The jury found the school guilty of libel in June 2019, and the court ordered the school to pay Gibson’s bakery $40 million in damages. The figure was later reduced to $26 million and $6 million in legal fees.

According to the Daily Mail, Lorna Gibson, the widow of the former bakery owner said that the ordeal ruined the family business and forced them into debt:

If I got the money from the college, I wouldn't buy a house, or go on vacation, or leave Ohio. I would replace the compressors for the refrigerators and replace the fryers and proofers that we use for our dough.

The protests escalated in the days after Trump was elected into office in 2016, she said.

“They blocked the door and screamed at customers who elbowed their way through to the counter. A few came in to record videos on their phones of our customers,” wrote Lorna Gibson. “Our world was turned upside down and has never been set right.”

“Calling us racists wasn't just wrong, it was deeply painful to our core,” she said adding that the boycott continues as school freshmen have been “brainwashed to hate us.”

Allyn Gibson, who died earlier this February, at the age of 93, used to be a “fixture in the community,” according to Lorna Gibson. She said that after the protests, “no one would talk to him, it broke his heart.”

The New York Times reported that despite the jury ruling against Oberlin, the college president Carmen Twillie Ambar said that the case would continue and that “none of this will sway us from our core values.” The college insisted that the bakery’s “archaic chase-and-detain policy regarding suspected shoplifters was the catalyst for the protests,” suggesting that it was wrong for the store owners to protect their property from criminals or call the police on them.

On Thursday, Oberlin gave up the fight, which had destroyed its relationship with the local community, and agreed to pay out the $36.59 million sum to the Gibsons.

“We value our relationship with the city of Oberlin,” said the college in a statement. “And we look forward to continuing our support of and partnership with local businesses as we work together to help our city thrive.”

As for Raimondo, who stoked the mob against the Gibsons, she landed a high-paying gig at Oglethorpe Liberal Arts College in Atlanta – failing upwards, as it were.