While China is expanding their nuclear forces, the USA has been reducing their arsenal since the end of the Cold War. 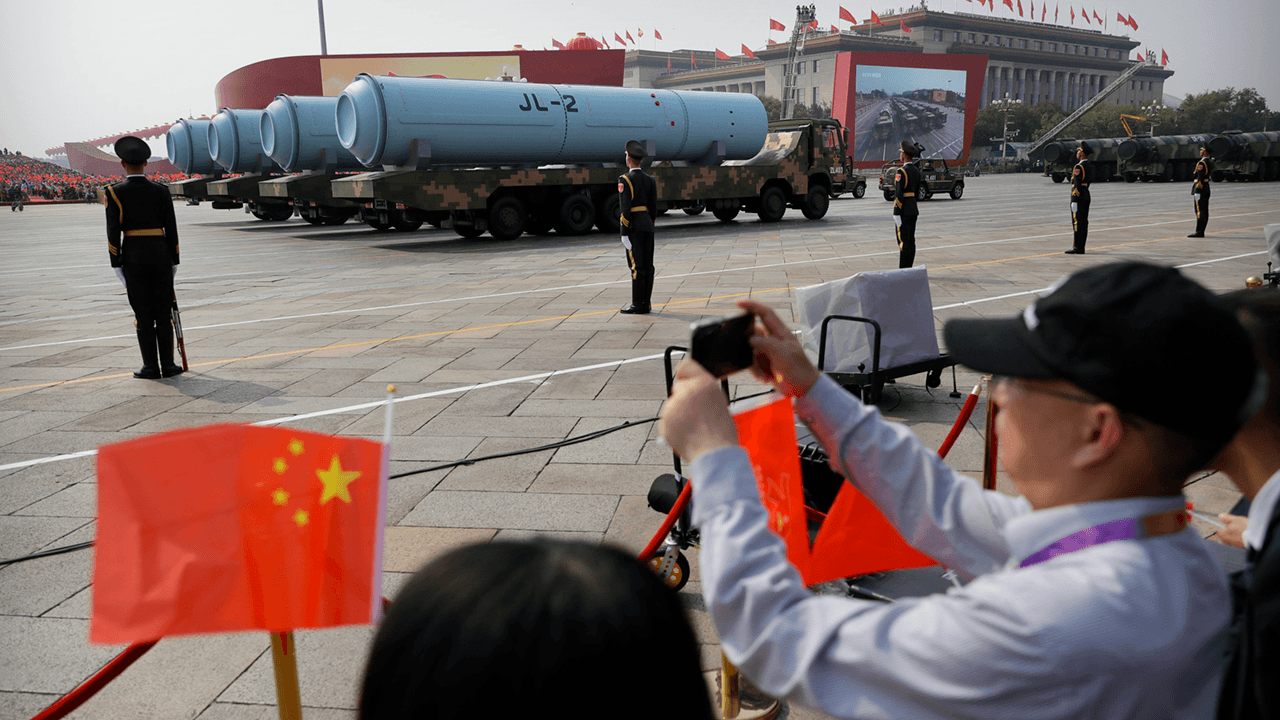 China may possess as many as 1,000 nuclear warheads by 2030, according to a Pentagon report on Wednesday.

In last year’s report, the Pentagon determined that China would only double its nuclear arsenal from its current 200 or so warheads within the decade.

“Over the next decade, China’s nuclear warhead stockpile—currently estimated to be in the low 200s—is projected to at least double in size as China expands and modernizes its nuclear forces,” the Pentagon report stated in September 2020.

The report, which is titled Military and Security Developments Involving the People’s Republic of China 2021, and is provided to Congress annually warns that “The accelerating pace of the [China’s] nuclear expansion may enable the PRC to have up to 700 deliverable nuclear warheads by 2027. The PRC likely intends to have at least 1,000 warheads by 2030, exceeding the pace and size the DoD projected in 2020.

“The PRC is investing in, and expanding, the number of its land-, sea-, and air-based nuclear delivery platforms and constructing the infrastructure necessary to support this major expansion of its nuclear forces,” the report warned.

“The PRC is also supporting this expansion by increasing its capacity to produce and separate plutonium by constructing fast breeder reactors and reprocessing facilities,” the report noted, adding that “The PRC has possibly already established a nascent ‘nuclear triad’ with the development of a nuclear capable air-launched ballistic missile (ALBM) and improvement of its ground and sea-based nuclear capabilities.”

“New developments in 2020 further suggest that the PRC intends to increase the peacetime readiness of its nuclear forces by moving to a launch-on-warning (LOW) posture with an expanded silo-based force,” the report stated.

Despite China’s efforts to expand its nuclear forces, the United States is currently reducing the size of its massive nuclear arsenal and has been doing so for several decades following the end of the Cold War.

In October, the U.S. State Department revealed that the nuclear arsenal had been reduced from its height of 31,255 warheads in 1967 when the Cold War consumed the U.S. and Soviet forces in a bitter rivalry, down to 3,750 by current estimates.

In addition to China’s expansion of its nuclear arsenal, the Pentagon warns that the communist country is developing new intercontinental ballistic missiles, including MIRV capability, which allow missiles to deploy multiple warheads at the same time.

Other developments include counter-space capabilities, a rapidly growing military space program, and potentially, even biological weapons.

“Studies conducted at PRC military medical institutions discussed identifying, testing, and characterizing diverse families of potent toxins with dual-use applications,” the report stated. “Based on available information, the United States cannot certify that the PRC has met its obligations under the Chemical Weapons Convention (CWC) due to concerns regarding the PRC’s research of pharmaceutical-based agents (PBAs) and toxins with potential dual-use applications.”