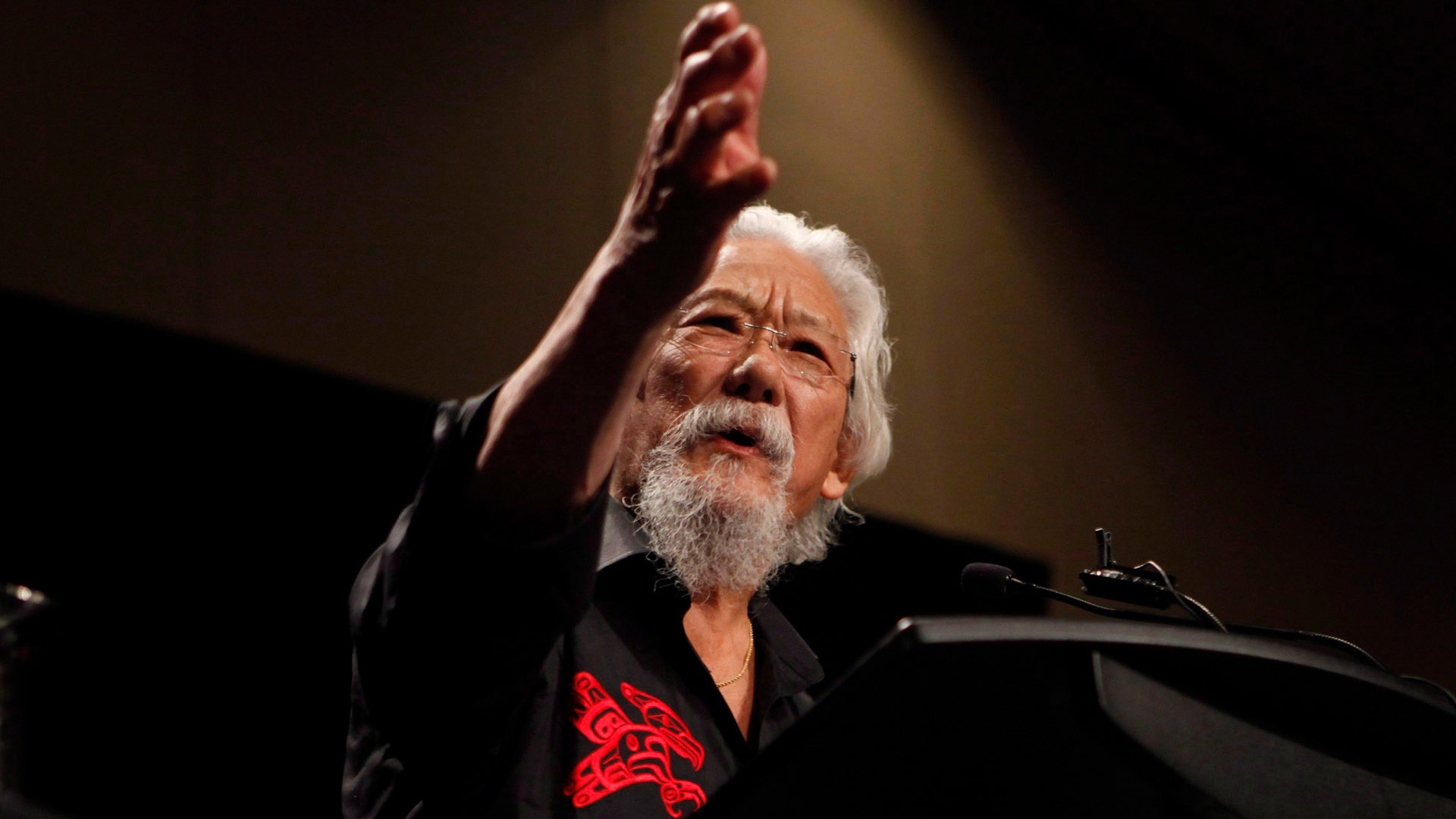 Environmental activist David Suzuki "has a stern warning for politicians and global leaders if they fail to act on climate change," CHEK News reports.

Speaking at an Extinction Rebellion protest in Victoria, B.C., Suzuki stated that "there are going to be pipelines blown up, if our leaders don’t pay attention to what’s going on."

Suzuki continued: “My whole message here? It is that so long as we cling to the models or systems that we’ve built our laws, our politics, and our economics as being more important than everything else? We’re hooped,” he said.

“People in Extinction Rebellion are saying we’re headed in a direction of extinction and we’re rebelling against it. That’s why I’m here.”

The protest, which organizers called "a Funeral for the Future," saw hundreds of climate protesters march from Centennial Square to the B.C. Legislature, demanding that the government declare a climate emergency and abandon fossil fuels.

“It is now the age of consequences,” said Dr. Don Goodeve, an organizer with Extinction Rebellion Vancouver Island. “We need action. We need a declaration of a climate emergency by this NDP government and we need them to begin to act with the reality of that emergency. We need changes in policy, no more investment in fossil fuel infrastructure.”

Suzuki said that B.C. — and the world — is in “deep, deep doo-doo” unless drastic action is taken, including with how we eat.

“We cannot go on having a food chain that is 6,000 or 7,000 miles long,” he said. “We’re a northern country, why the hell are we able to buy fresh tomatoes and lettuce and fresh fruit 12 months a year? We’ve got to start living in a way that reflects the place that we live,” and not use emissions-causing transport to get such produce to Canada.

Rebel News' Sheila Gunn Reid has penned a book on the Canadian climate icon, titled "The Case Against David Suzuki: An Unauthorized Biography."

Within it, she outlines "a carefully-cultivated image that hides the truth about Suzuki: a vain, abusive multi-millionaire whose private life contradicts every public scolding he's ever given to 'the little people.'"

You can get your free copy of the book right here.