Bureaucrats in the Trudeau government were scheming how they could use the Freedom Convoy for political gain ahead of its arrival in Ottawa. 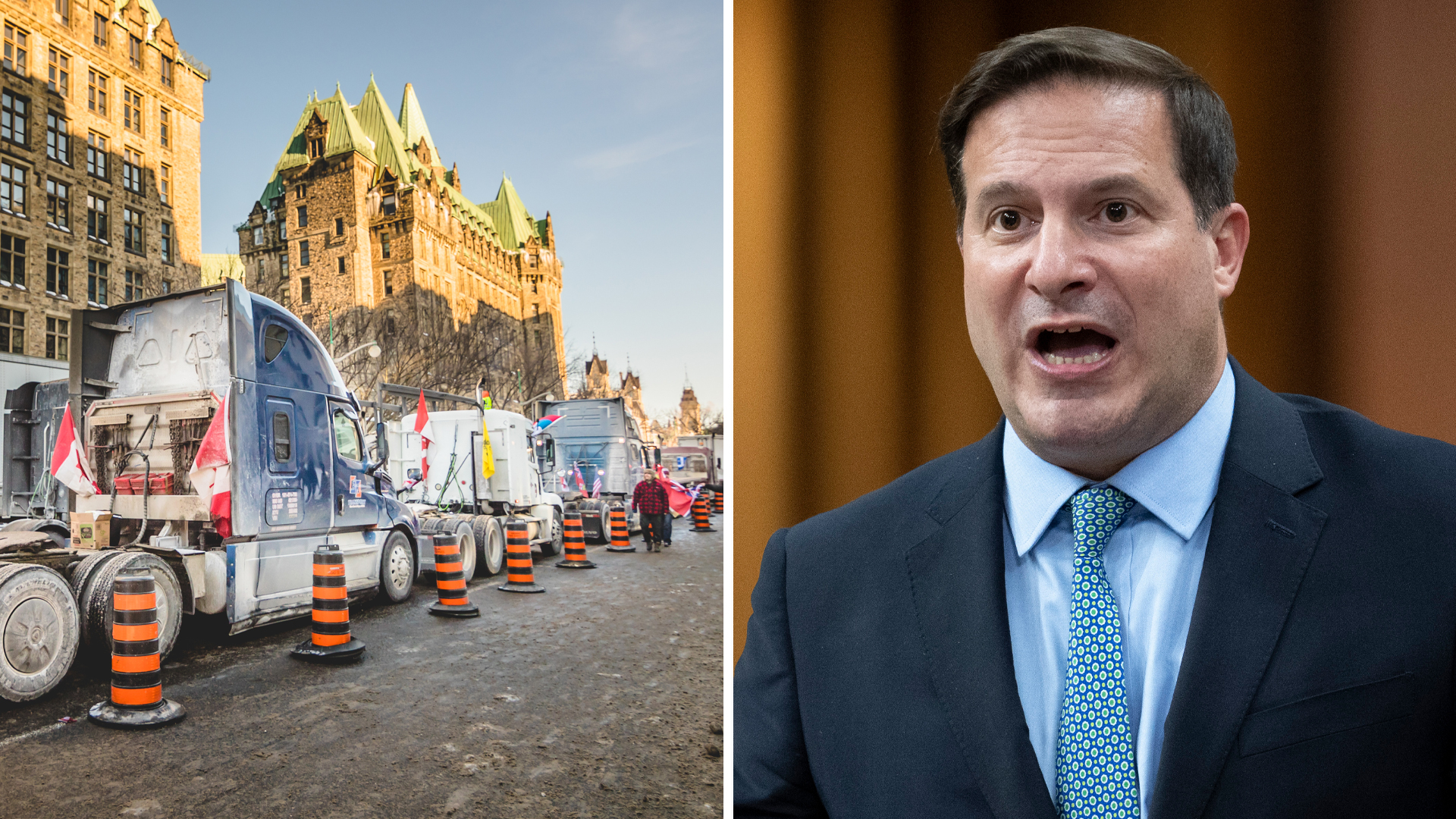 Before the Freedom Convoy protest even arrived in Ottawa, staffers in the Prime Minister's Office and Public Safety Canada were plotting to brand the demonstration as a so-called insurrection like the riot at the U.S. Capitol on January 6, 2021.

Text messages presented at the Public Order Emergency Commission between Alex Cohen, the director of communications for Public Safety Canada, and Mary-Liz Power, the issues and policy advisor for the PMO, revealed how the Trudeau government planned to use the protest for political gain.

WATCH: Text messages show that the director of communications for Public Safety Canada, and the issues and policy advisor for the PMO, revealed how the Trudeau government planned to use the Convoy protest for political gain.

“I think there could be an opportunity to get in on this growing narrative of the truckers,” Power wrote, “particularly with the research that LRB is doing into their backers.”

The “LRB” Power is referring to is the Liberal research bureau, a partisan group that helps gather data for the Liberal Party. 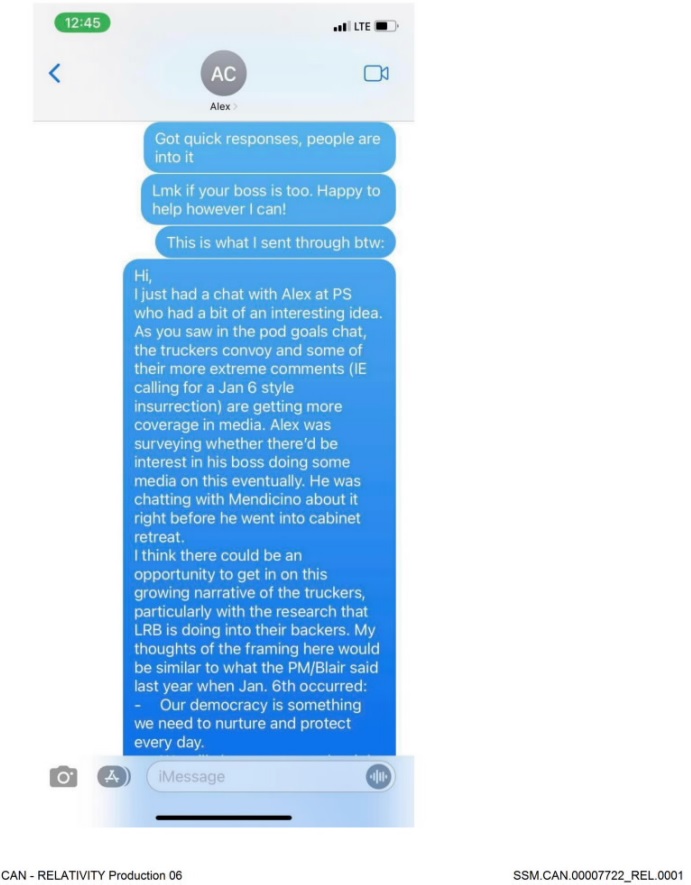 After outlining the subjects to focus on, Power gets a response from Cohen.

“I had an initial chat with my boss,” Cohen replies, referring to the public safety minister. “[H]e's supportive, but wants to wait a day or two,” adding that “There's a danger that if we come down too hard, they might push out the crazies.” 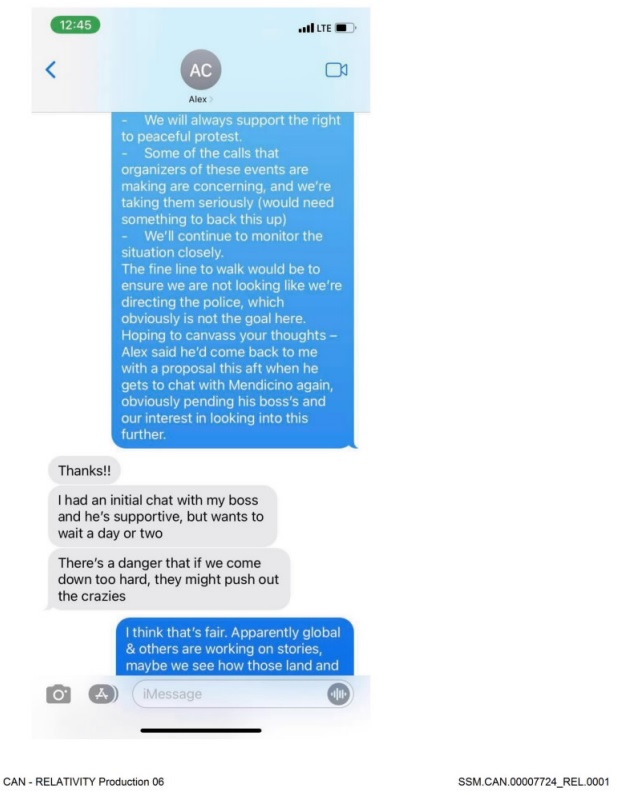 The pair then agree that the wait is worthwhile, with Cohen outlining that, “Apparently [Global News] & others are working on stories, maybe we see how those land.”

The text exchange was presented as part of an examination of former Ottawa police chief Peter Sloly by Brendan Miller, a lawyer representing the Freedom Convoy participants.

Rebel News' coverage of the Public Order Emergency Commission — what we're calling the Trucker Commission — will be continuing until the conclusion of the hearings. To follow our daily coverage, which includes a nightly breakdown of each day's events, visit TruckerCommission.com.