"What makes a human being is them being born, number one. That’s why we have birthdays." 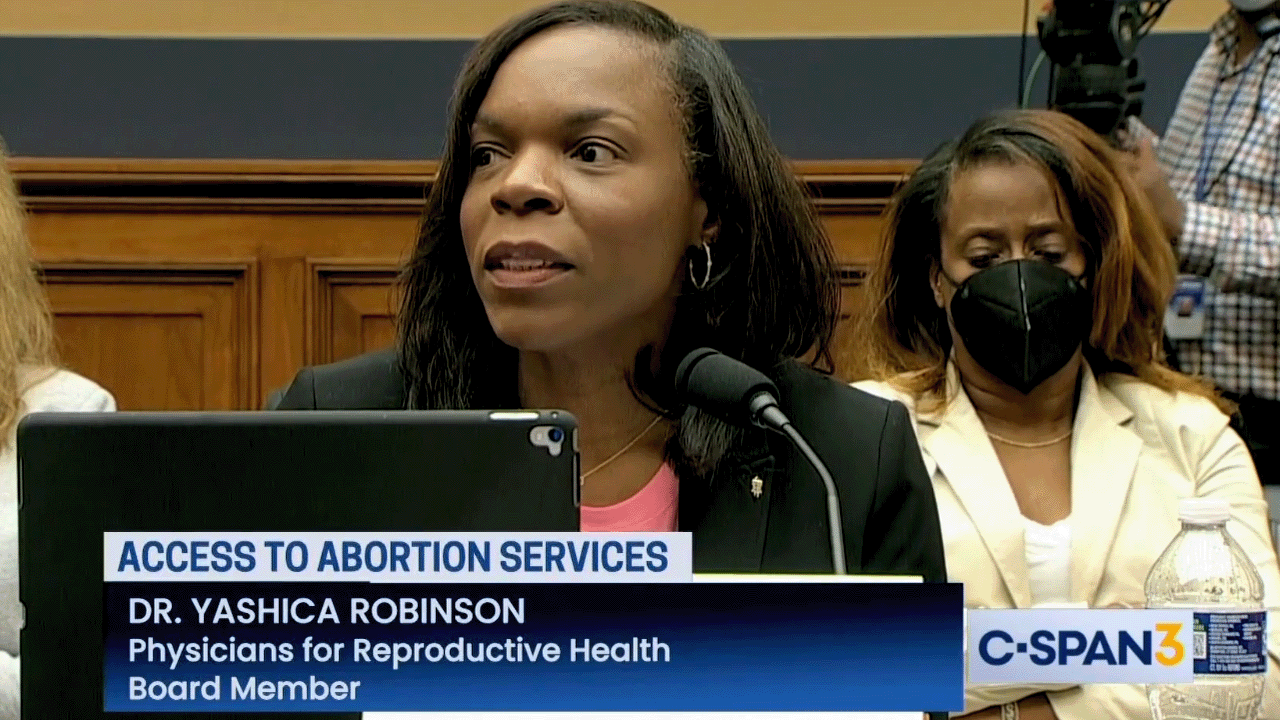 At a House Judiciary Committee hearing on Wednesday, a pro-abortion physician refused to directly answer questions posed to her by Republican Louisiana Rep. Mike Johnson, dodging his inquiry as to whether partial birth abortion should be legalized.

During the hearing, Johnson asked Dr. Yashica Robinson, a board member of the Physicians for Reproductive Health what she thought the cut-off date should be for abortions.

Referring to expectant mothers as “pregnant people,” Robinson sidestepped the question with a vague answer.

“As a medical doctor, I understand that every pregnancy is unique and different,” she said. “I also understand that patients need to have access to care — pregnant people, as the pregnancy progresses and that may be for various reasons.”

Johnson cut through the fat by asking her directly: “Do you support the right of a woman who is just seconds away from birthing a healthy child to have an abortion?”

“I think that the question that you’re asking does not realistically reflect abortion care,” Robinson started to answer. Johnson interrupted her by repeating his question.

“I won’t entertain theoreticals,” she said.

“I am a medical doctor and that has never happened,” she insisted.

As detailed by the Daily Caller, the Republican pointed out that even though the situation may have never happened in her personal practice, partial-birth abortions occur throughout the United States.

The congressman asked if abortion should be allowed when the child is delivered halfway through the birth canal. Robinson replied that she “can’t fathom that ever happening.”

“I’m not asking if you can fathom it, if it occurred, would you support that abortion or not?” Johnson asked. “That’s unrestricted abortion, right?”

“I can’t answer that question, I can’t even imagine that. Just like I’m sure you can’t imagine what you would do if your daughter was raped,” the doctor replied. “If it hasn’t happened, it may be difficult —”

“Okay, you’re not going to answer this question, but how about this one, how does one qualify as fully human?” Johnson asked. “What makes a human being?”

“What makes a human being is them being born, number one. That’s why we have birthdays,” she replied.

Democrats have attempted to pass the Women’s Health Protection Act, which would have eliminated any restrictions on partial-birth abortion. The legislation failed to pass without a majority of the vote, with Democrat West Virginia Sen. Joe Manchin voting against the bill.