The Republican senator from Kentucky is hoping to 'create accountability and oversight into a taxpayer-funded position that has largely abused its power and has been responsible for many failures and misinformation during the COVID-19 pandemic.' 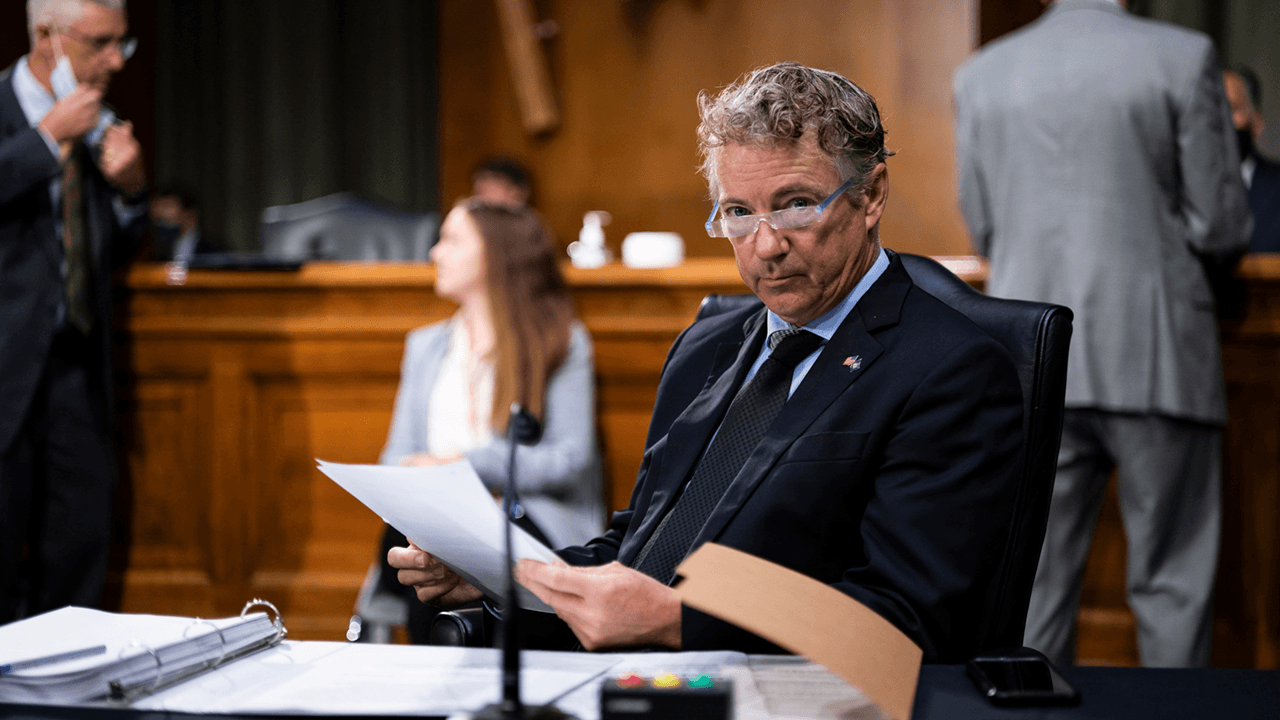 Sen. Rand Paul (R-KY) is introducing the “Fauci Amendment” to get rid of the health director’s privilege of holding one o the longest-serving unelected positions in the U.S. government.

Fauci, who was appointed the director of National Institute of Allergy and Infectious Diseases (NIAID) in 1984 by president Ronald Reagan, has served under six presidential administrations.

Writing in an op-ed for Fox News, Paul said the action “would eliminate Dr. Fauci’s position as NIAID director,” and “divide his power into three separate new institutes.” Paul’s remarks come as the COVID lockdowns enter their second anniversary.

“For two years our lives were held captive by petty tyrants and power-hungry bureaucrats,” wrote the senator. “We’ve learned a lot over the past two years, but one lesson in particular is that no one person should be deemed ‘dictator in chief.’ No one person should have unilateral authority to make decisions for millions of Americans.”

As detailed by Paul, each of the three institutes will be led by a director appointed by the president and confirmed by the senate for a five-year term.

Doing so will “create accountability and oversight into a taxpayer-funded position that has largely abused its power and has been responsible for many failures and misinformation during the COVID-19 pandemic.”

Unlike the U.S. president and members of Congress, Fauci does not have to seek reelection and there is no policy in place to limit the number of terms he is allowed to serve in his position in the government.

“No one person should have the sole authority to dictate science, especially when that one person wasn’t ever following the science,” continued Paul, who added, “I’ve said that from the beginning, and I’ve been proven right over, and over, and over again. On masks, lockdowns, schools, natural immunity, all of it.”

“Well again, that’s what happens when “the science” is dictated by one man, an unelected bureaucrat with far too much power,” he concluded, referring to Fauci.

“Dr. Fauci caused people to engage in activities they wouldn’t have normally by telling them it was safe when masked when it wasn’t. I tried to sound the alarm, but I was censored by YouTube and my videos were taken down,” Paul said.

He continued, “Dr. Fauci and his friends worked diligently to silence opposing views. The media amplified his efforts. We were branded conspiracy theorists and anti-science for simply asking questions and presenting alternatives to what had been delivered to the American people as ‘fact.'”

Rand Paul was suspended by Google-owned video-sharing platform YouTube for questioning the efficacy of face coverings and lockdowns. The platform claimed that Paul’s remarks did not concur with the so-called scientific consensus.

Since then, numerous studies including one cited by Paul and produced by researchers at Johns Hopkins University, concluded that lockdowns “did not reduce mortality but were devastating to the economy,” Rebel News reported.