'The RCMP is currently collating information related to the invocation of the Emergencies Act. As of March 9, 2022, the RCMP laid no charges relating to breaches of the Regulations.' 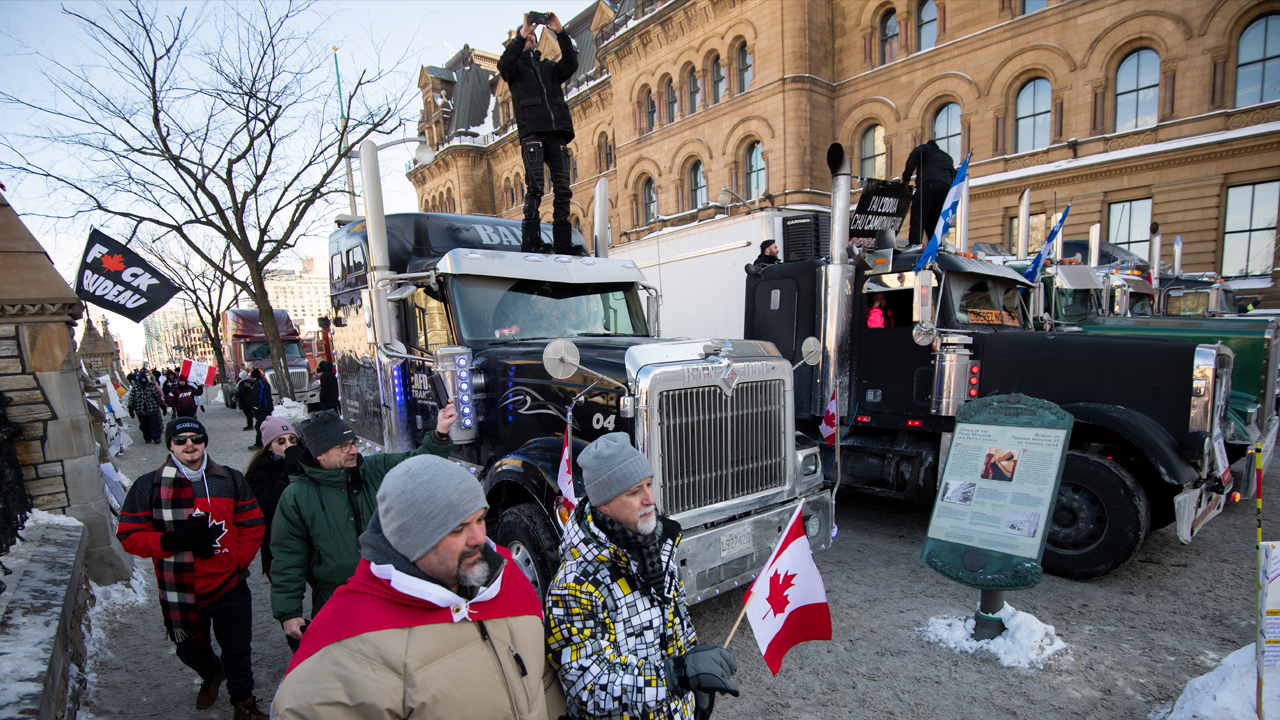 The new information about the lack of necessity for the use of the Emergencies Act on February's peaceful truckers' convoy to Ottawa comes from an inquiry of several ministries posed by Alberta Conservative MP Jeremy Patzer (@JeremyPatzerMP) into the federal government's use of the never-before-used law, on the books to give authorities extraordinary tools to deal with Pearl Habour or 9/11-style attacks on Canada.

The tabled response confirms that the OPP used the Emergencies Act, but only for seven towing requests:

No goods or services were requested directly by the RCMP under section 7 of the Emergency Measures Regulations. By means of a written instrument of authorization dated February 17, 2022, the RCMP Commissioner authorized the Commissioner of the Ontario Provincial Police (“OPP”) and any OPP police officers designated by him to request essential goods and services. The RCMP understands that the OPP made section 7 requests for services from more than one vendor in Ontario for towing services performed in Ottawa during the blockade.

The RCMP is currently collating information related to the invocation of the Emergencies Act. As of March 9, 2022, the RCMP laid no charges relating to breaches of the Regulations.

Though Marco Mendicino, Minister of Public Safety, recently told the House of Commons that hundreds of serious charges were laid during the Ottawa protests, the data returned by his ministry to Pazter shows existing legislation was a sufficient policing tool and the suspensions of civil liberties under the Emergencies Act was overkill.

"While we all respect lawful protest, you can't then cross the Rubicon and engage in illegal conduct"

Trudeau's Public Safety Minister says businesses were shut down and residents of Ottawa were "terrorized" by the peaceful Truckers' protest.

Yet the Liberals won't show the public the evidence for use of the Emergencies Act.

No firearms were found during the Ottawa protest.

After several attempts by CPC MP @DaneLIoydMP to get a clear answer, Ottawa Police Interim Chief Steve Bell finally admits there were no firearms found at the freedom convoy protest in Ottawa. #cdnpoli pic.twitter.com/CXAHy2P4yu

Data from the CBSA in the return indicates no foreign nationals were involved in the Ottawa protest:

The CBSA was not involved in, nor aware of, any foreign nationals being exempted from the prohibition on entering Canada with an intent to participate in or facilitate an unlawful assembly.

This contradicts claims made by Emergency Preparedness Minister Bill Blair, who asserted in February the Convoy was foreign-funded and organized:

“We have seen strong evidence that it was the intention of those who blockaded our ports-of-entry in a largely foreign-funded, targeted and coordinated attack.”

“We will not let any foreign entities that seek to do harm to Canada or Canadians erode trust in our democratic institutions, or question the legitimacy of our democracy.”