The national police force focused on hiding the identities of these officers by deleting videos or articles or tweets that mentioned any of them. The team decided to pull down pictures of the officers involved from RCMP websites. 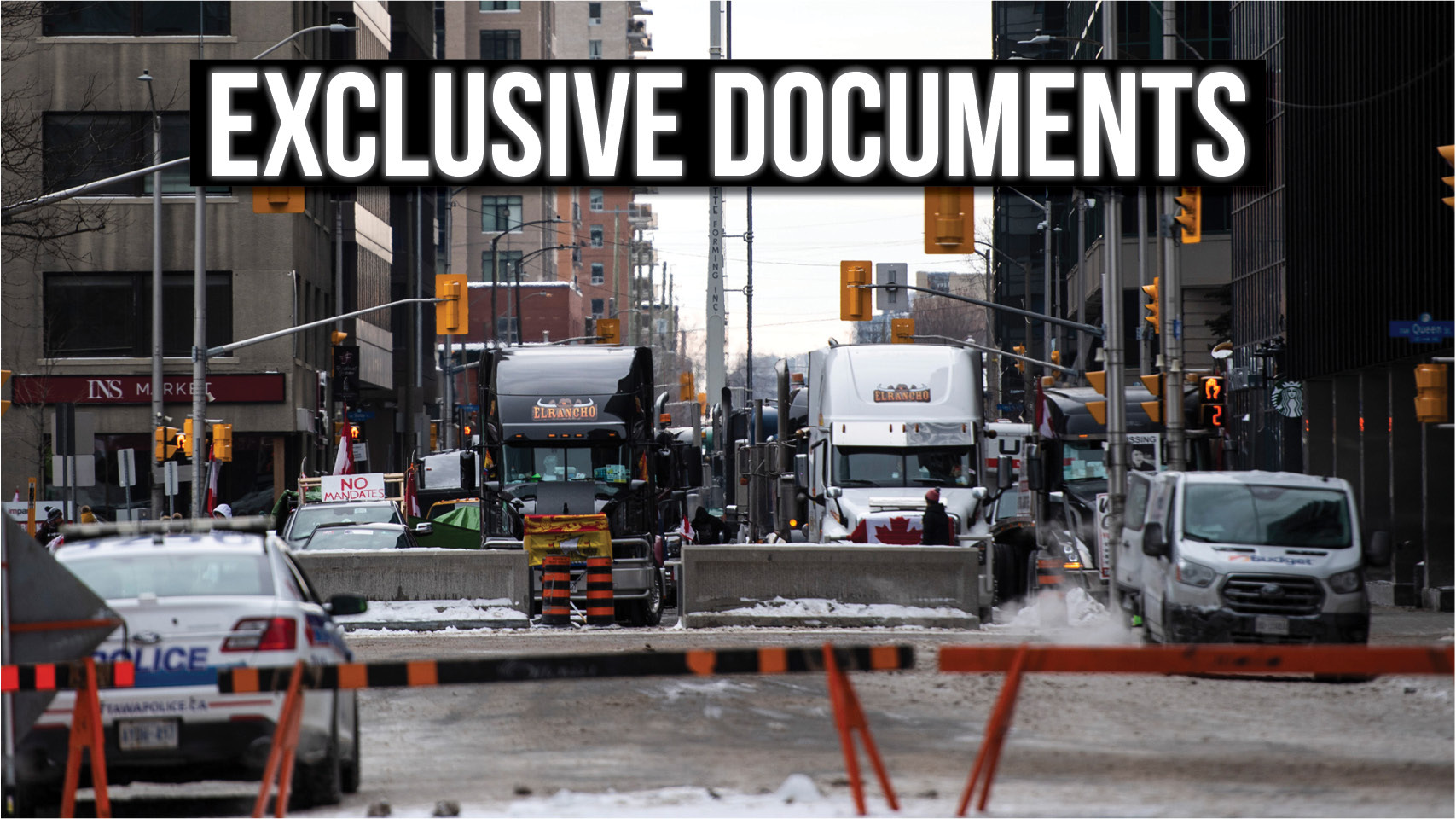 Hundreds of frantic emails and messages were sent by RCMP social media teams as they sought to identify and delete any promotional postings the agency had used featuring police officers involved in the internal leaked chats.

A leaked February 2022 WhatsApp chat obtained by Rebel News showed members of the RCMP Musical Ride team, which had been brought into Ottawa as crowd control during the anti-restriction Ottawa convoy protest, boasting about their overtime and accommodations and mocking peaceful demonstrators who had been trampled by police horses previously.

The Musical Ride team, according to the government's website, “supports front-line police operations by building positive relationships, supporting recruiting efforts and promoting the RCMP's image in communities in Canada and around the world.”

In the chat, Musical Ride member Andrew Nixon sends a picture of a pint of beer hoping for his chance to abuse protesters:

Don't kick all of them out until next weeks group gets our turn.

Nixon then jokes about police brutality:

Time for the protesters to hear our jackboots on the ground.

After being admonished for his remarks, Nixon mocks the protesters:

okay we can give out free hugs and unicorn stickers.

A member named Marca laughs off the prior night trampling of two demonstrators, one of which had a mobility scooter.

just watched the horse video — that is awesome.

we should practice that manoeuvre.

The national police force focused on hiding the identities of these officers by deleting videos or articles or tweets that mentioned any of them. The team decided to pull down pictures of the officers involved from RCMP websites.

The public relations strategy devised by the media team, at first, was to cut out any suggestion of investigations of the officers involved from the official, prepared statement released by the force in response to the leak.

The #RCMP is aware of the material circulating on social media pertaining to a chat group that includes some of its members. We can confirm that we are looking into the matter. 1/3 pic.twitter.com/5DeubvdS4h

According to the emails, no concern was expressed for the public trust that may have been damaged by the revelations or for the people physically hurt by the actions of the other mounted unit.

But managers noted police officers were “feeling threatened, paranoid and demonstrating anxiety like symptomology” due to the publicity of the leaked chats. RCMP members were calling the police about comments being made by the public.

Pages 27 and 29 of the documents show the RCMP media team circulating Rebel News' story about the leaked chats. “OMG” and “it's super bad” staffers remarked.

The media team then began going through every Musical Ride video to see if the officers involved in the leak were featured. If they were, the plan was to delete the videos to obscure identities.

On page 102, the team circulates the false claim that Rebel News set up a domain BEFORE a police-involved incident happened to our reporter, Alexa Lavoie.

She was pepper sprayed, struck with a baton, and shot with a canister by riot control police while covering a peaceful protest.

At one point, the team became concerned about a whistleblower in their midst, with one comment saying “This could suggest that a member of this chat is sending screenshots.”

Police also noted that they used a seemingly friendly reporter to put a damper on the growing online firestorm, writing “While this was shut down overnight by an immediate reply to Justin Ling (Thanks Camille).”

Rebel News receives no funding or support from the federal government. Instead, our work is viewer supported and remains wholly independent. To offset our research and filing fees for access to information investigations, please make a donation at www.RebelInvestigates.com.