'And I just thought to myself, has the world gotten totally mad? I mean, these are voluntary transportation that they’re signing up for, but they’re given a good ride, they’re given everything. And that’s just you know, it’s a human thing to do.' 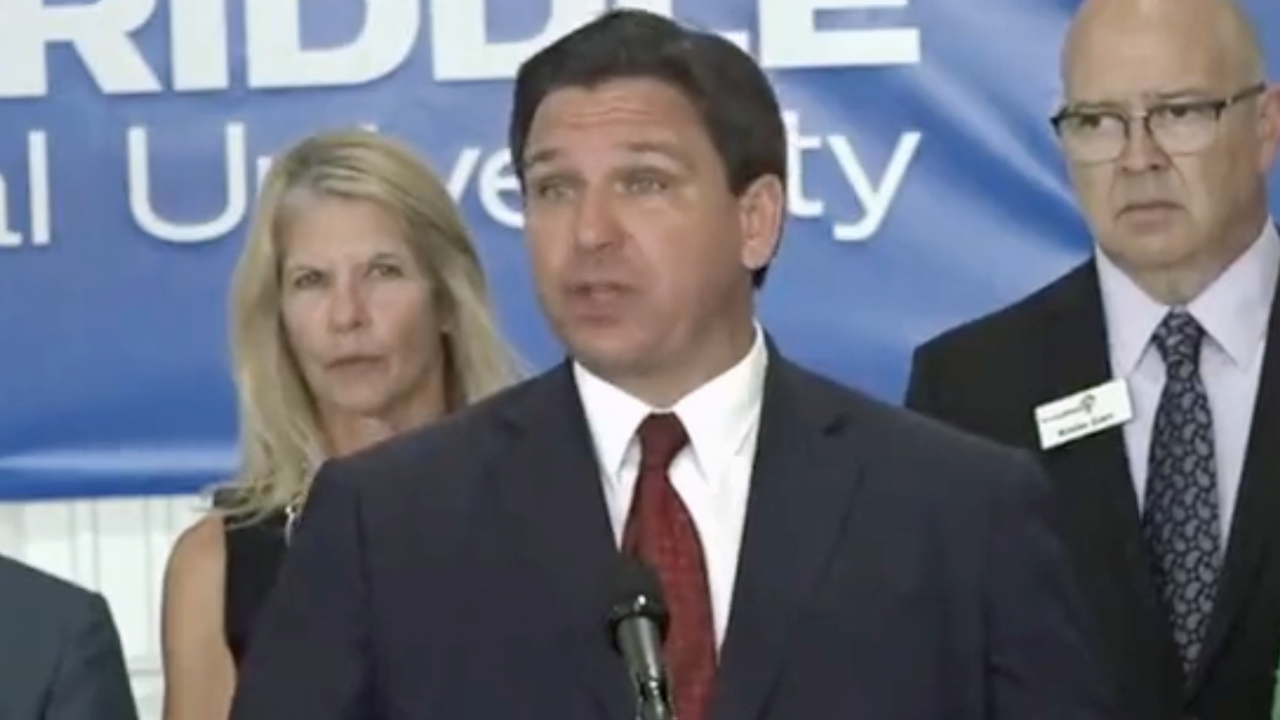 Florida Gov. Ron DeSantis has fired back against claims by Democrats that the 50 illegal immigrants whom he sent to Martha’s Vineyard in Massachusetts were “falsely lured” and “enticed” into boarding the two planes, stating that their claims are “totally false.”

Speaking at a press conference, DeSantis responded to questions from reporters who pressed him on the matter.

“I think that’s totally false,” he said. “I think if you look, the folks that are contracted, not only do they give them a release form to sign, they actually give them a packet and in that packet included a map of Martha’s Vineyard. So it was obvious that that’s where they were going and they gave that to them.”

“And here’s the thing, it’s all voluntary, because it’s just the type of thing where we think that’s the right way to do it,” DeSantis added. “I mean, I think that if the states could send, I would send back to Mexico or back to the home country. But here we are doing it voluntarily, they sign a release, and then they get a packet. So they did get a packet that had the map of Martha’s Vineyard. And they’re also treated, you know very well with all this, I mean, they’re treated well with meals and everything.”

DeSantis took the opportunity to address a CNN segment last week where pundits compared his transport of migrants to Martha’s Vineyard to the Holocaust.

“I saw somebody on CNN try to say, ‘sending 50 illegal aliens to wealthy Martha’s Vineyard is reminiscent of the Holocaust,'” DeSantis said. “And I just thought to myself, has the world gotten totally mad? I mean, these are voluntary transportation that they’re signing up for, but they’re given a good ride, they’re given everything. And that’s just you know, it’s a humane thing to do.”

“What’s not humane, is what Biden is doing, he’s given a false promise, the border’s open, luring people to come here for political purposes, and then basically cutting these people loose and leaving them high and dry,” DeSantis stated.

“What he should say is, ‘our border’s not open,” the governor added. “You know, there’s ways to apply to come to this country, but just simply barreling across the border is not one of them.’ And I think you can trace all this back to him coming to office and reversing President Trump’s policies, not because Trump’s policies were wrong, it was all just a big virtue signal, because they don’t like Trump. So they have to do everything the opposite of him.”

"I saw somebody on CNN try to say sending 50 illegal aliens to wealthy Martha's Vineyard is reminiscent of the Holocaust. And I thought to myself, has the world gone totally mad? I mean this is voluntary transportation they're signing up for." - @RonDeSantisFL 🔥 pic.twitter.com/1A3TqwjpUk