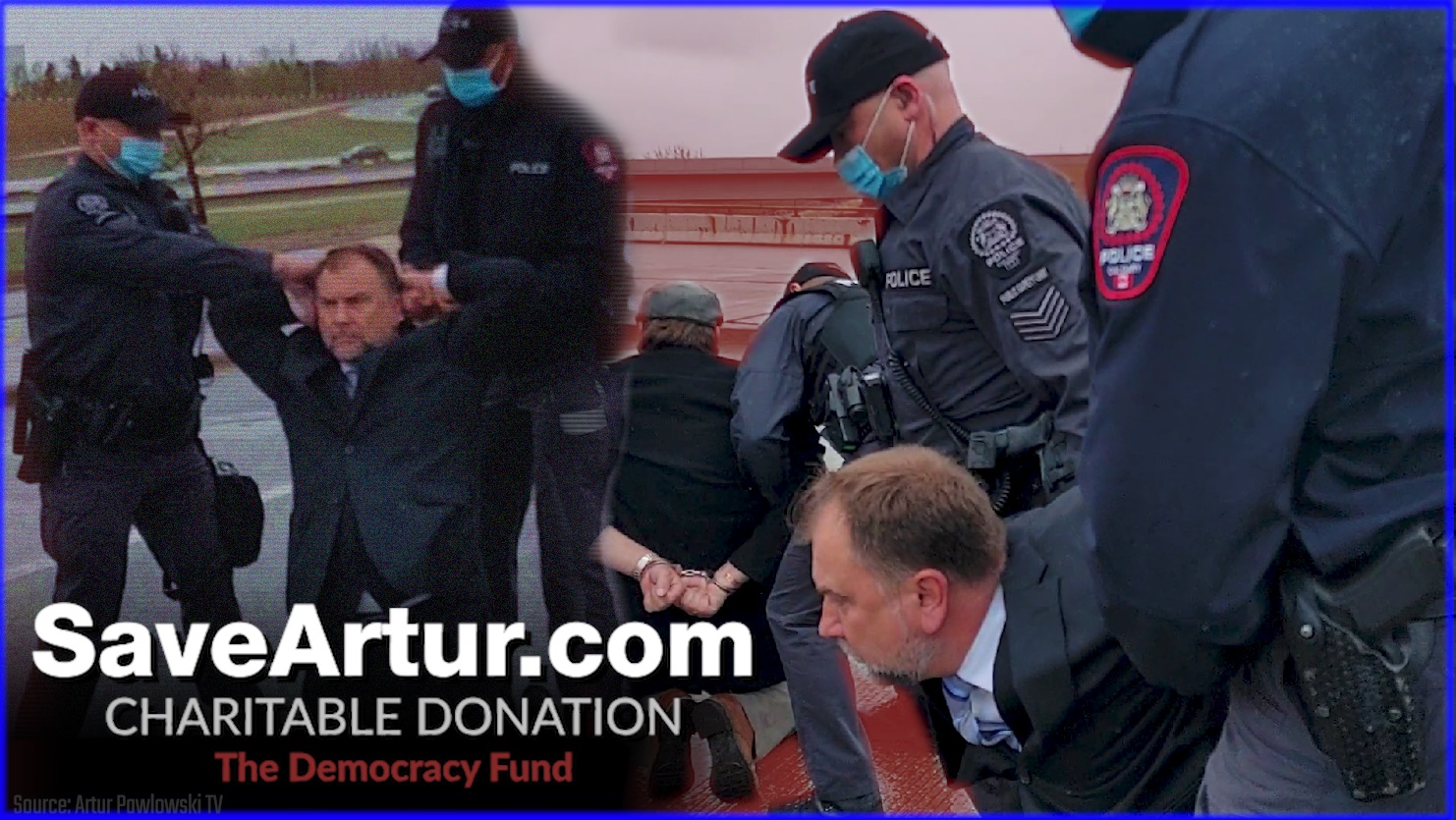 Help pay the legal fees of Pastor Artur by making a donation. Donations will go to The Democracy Fund, a registered Canadian charity that is now helping the 'Fight The Fines' project. So, you can now get an official charitable receipt for a donation made on this page and use it to reduce your Canadian taxes.

Help pay the legal fees of Pastor Artur by making a donation. Donations will go to The Democracy Fund, a registered Canadian charity that is now helping the 'Fight The Fines' project. So, you can now get an official charitable receipt for a donation made on this page and use it to reduce your Canadian taxes.

BREAKING: Pastor Artur Pawlowski NOT going back to jail.

You can read more about the judge's orders here.

With Pastor Artur’s court date being today, it is more important than ever that you contribute what you can to his legal battle on this page.

The decisions made in court will set a legal precedent for other pastors in Canada facing legal battles of their own.

Pastor Artur Pawloski is being persecuted by the City of Calgary.

Pastor Art has been issued dozens of pandemic-related tickets because he refuses to stop feeding the homeless. And he doesn't wear a mask when he does it outside. Art also doesn't limit his church service to 15 percent of the fire code. The city hates him for it.

The police visited Art's Church on Holy Saturday and he cast them out, not allowing them to disrupt his services. That video went viral.

After that video embarrassed not only the province of Alberta's Alberta Health Services but also the City of Calgary police on an international scale, they came back. They're out to show Art who's boss.

The government's attained a secret warrant using secret evidence, without notice being provided to Art.

The warrant gives all sorts of powers, just like this:

So, if a health inspector isn't allowed to disrupt the sanctity of his church service, he will be taken before a judge, using any force necessary, and tossed in jail for contempt.

That means they can arrest Pastor Art and charge him. The cops can take him straight to jail and use as much force as they see fit to do it if he stops them from entering his church service.

The government knows that Art has a lawyer. It's Sarah Miller from JSS Barristers and she's been working on a constitutional challenge to the lockdown for Rebel News in Saskatchewan. She's great. The government, cops and health services know Sarah because she's successfully had several of Arts covid tickets already tossed out of court.

And Arthur specifically told the police to talk to his lawyer. The police chose not to do so, keeping this court action secret from Sarah Miller.

Why did the courts allow a secret hearing when Art's lawyer is well known to the prosecutor? And why are the allegations made against Artur also hidden? They won't show Sarah.

If we know anything about Pastor Art, he's not scared of the government and he's not backing down. He's willing to stand up and fight for his church and your church and my church, and for anybody who just wants to be left alone by the province during the pandemic.

Art's excellent lawyer is working for him at no cost to him, the fees are being paid for by Rebel News and viewers like you.

You can contribute to help pay the legal fees of Artur by making a donation on this page. Donations will go to The Democracy Fund, a registered Canadian charity that is now helping the 'Fight The Fines' project. So, you can now get an official charitable receipt for a donation made on this page and use it to reduce your Canadian taxes.

Spread the Word!
Pastor Artur Pawlowski The Democracy Fund
We use cookies to personalise content and ads, to provide social media features and to analyse our traffic. We also share information about your use of our site with our social media, advertising and analytics partners who may combine it with other information that you’ve provided to them or that they’ve collected from your use of their services. You consent to our cookies if you continue to use our website.
×