Woman's tragic death caused by a medical assessment program related to heart health, despite her not having any history of heart disease 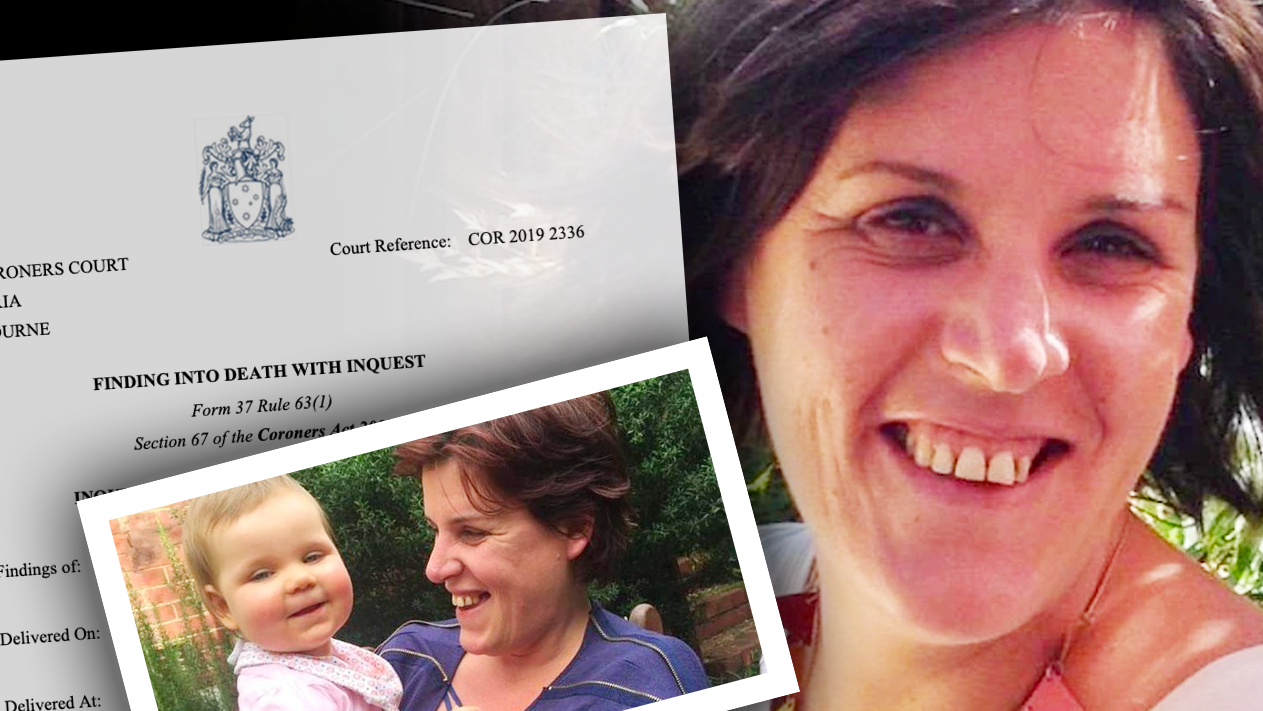 Victorian Coroner Simon McGregor has handed down his findings on the death of Ms Peta Hickey.

The result is highly critical of businesses who refer their employees for invasive and unnecessary medical tests as part of Occupational Health and Safety policies.

Ms Hickey died after agreeing to participate in a medical assessment program related to heart health despite not having any history of heart disease. She was contacted as part of a randomised program organised for executives and attended the FMIG radiology clinic on May 1, 2019. She left behind her husband, Richard Hickey Jr, and their two young children.

Her husband recalled that Ms Hickey did not want to undergo the voluntary test promoted by her employer. Ms Hickey cancelled her booking at least once prior to finally attending.

The test was a combination CT coronary angiogram and a Coronary Artery Calcium score performed in the same sitting, with Dr Gavin Tseng serving as the clinic's radiologist. During the test performed by Lesley Gilbert and Tuan-Anh Nguyen, Ms Hickey was injected with 75 ml of Omnipaque 350 contrast dye which caused an allergic reaction.

An ambulance transported Ms Hickey to Royal Melbourne Hospital’s intensive care unit, but sadly Ms Hickey did not regain consciousness and died on May 9, 2019. Her death was found to be the result of multisystem organ failure and hypoxic/ischaemic encephalopathy in combination with an anaphylactic reaction to the contrast dye.

There was no evidence to suggest that there had ever been anything wrong with her heart.

In short, it was found that died as a result of ‘substandard clinical judgement from doctors at the beginning and end of this program, combined with a misalignment of incentives amongst the various entities that facilitated that process’.

Representatives of Ms Hickey’s family requested an Inquest on April 3, 2020 the result of which has revealed a medical industry ‘putting profits over patients’.

Ms Hickey was General Manager of Operations (Direct Care) at Programmed Skilled Workforce Limited in Melbourne. Programmed engaged Priority Care Health Solutions to co-ordinate a ‘medical assessment program for heart health’ for its executive staff. This led to the involvement of Jobfit and Dr Doumit Saad, whose name appears on Ms Hickey’s referral.

The report stated Dr Saad was paid $6,000 a month by MRI Now between January 2018 and August 2019 for services related to start-up companies within the MRI Now group. Previous to this, Dr Saad had been involved in expanding the medical image booking industry by promoting testing services to employees.

Programmed invited Ms Hickey to join the Cardiac Health Assessment Programme via MRI Now. Ms Hickey attended the test, which falls outside Medicare, and was allegedly not advised to see a doctor before participating.

Ms Hickey’s employer (Programmed) decided to promote invasive heart scans after the CEO of its Maintenance Division Mr Glenn Thompson suffered and survived a cardiac arrest in May 2018.

The Inquest found that Mr Sutherland formed a personal view that doctors ‘refused to give heart checks to the asymptomatic as Medicare wouldn’t cover it, and that this was due to “cost to the system”.’ It was further put forward by the Inquest that Mr Sutherland did not seek to confirm his impression, but rather jumped into his (well-intentioned) effort to have Programmed privately fund health checks for their staff.

Programmed decided to take an interest in the private health matters of their employees which led directly to Ms Hickey undergoing an unnecessary scan for a condition she didn’t have and sadly resulted in her death.

The question then becomes, did Ms Hickey give her informed consent before partaking in the testing encouraged by her employer?

Ms Hickey’s employer did not organise a pre-test assessment to determine whether she was a suitable candidate for the test being offered. The Inquest found that an initial assessment was originally meant to be included, but was removed by Programmed, Priority and MRI Now with the knowledge of Dr Saad.

While Ms Hickey did sign a consent form, her husband recalls verbal pressure from the company to partake in the program.

“While Peta [Ms Hickey] certainly filled out the questionnaire that included a signed statement of consent, the absence of a clearly designated consent form and the failure of the FMIG procedures where an invalid referral is received, meant that Peta did not give fully informed consent to the CT scan and did not know the true nature of the procedure, and possible alternate pathways, she was confronting at the moment.” - From the Coroner’s report.

The verbal consultation before the scan also revealed that Ms Hickey may have filled out the form incorrectly as, although stating that she had previous experience with the dye, her recollection did not match expected answers. Despite this irregularity, the scan went ahead.

“Despite the fact that her [Ms Hickey] clinical presentation never indicated any such need, Programmed had conceived, arranged and paid for Peta to attend the FMIG radiology clinic in Moonee Ponds on 1 May 2019 for the CT Scan.”

Ms Hickey’s tragic death is not an isolated incident, but rather part of a trend in Australian businesses to allow Occupational Health and Safety to go beyond creating safe workplaces and extend into an employee’s private health. As an authority figure, is it right for employers to make private health suggestions?