Amy Stewart is a 30-year-old mother from Yorkshire who speaks at a small, peaceful protest against the pandemic lockdown.

She didn't violate any health restrictions.

Unlike Black Lives Matter protesters, she doesn’t smash anything or threaten anyone, or even use profanity.

Yet suddenly, West Yorks police swarmed her, backed her up against a wall, handcuffed her, and jammed her in the back of a police van.

It was all so bizarre — and to this day, Amy doesn’t know what she supposedly did wrong. Police haven’t charged her with a crime yet, but they’ve banned her from going into Leeds.

You can see the paperwork police gave her here: 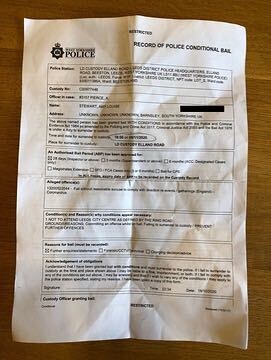 We’ve hired an outstanding civil liberties lawyer to represent Amy in court. Daniel Berke from Manchester has agreed to fight the fine for her.

It’s part of a project we’ve just launched in the U.K., called FightTheFines.co.uk.

It’s for anyone who has received an unreasonable lockdown fine. Amy filled out the form on our website, our lawyer Daniel contacted her, and now she’s got a fighting chance! 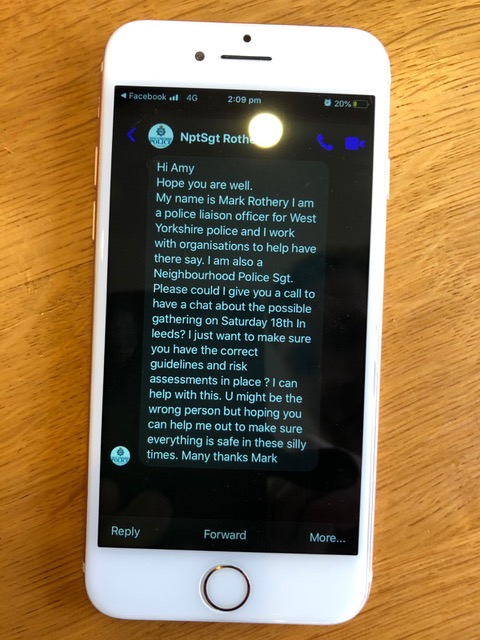 We have a similar “fight the fines” project in Canada (where I’m from) and in Australia (where our friend Avi Yemini is leading the battle). But the U.K. needs to fight against the lockdowns more than ever. The rules are getting crazier and crazier, and the fines are absurd.

Even worse, the laws are almost impossible to understand, and they change so often. It’s clear police don’t understand the rules — so how can ordinary citizens?

I’m so glad we’re fighting back for Amy.

But we need your help to crowdfund her legal fees. 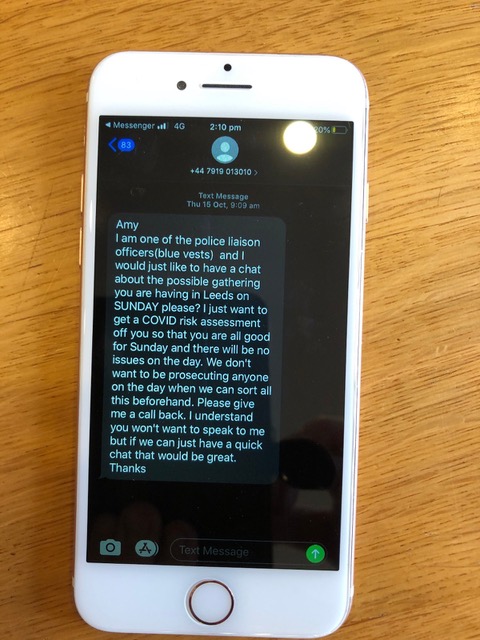 And if you know someone else in the U.K. who has received an outrageous fine or ticket, have them fill out the form at FightTheFines.co.uk too. We look at all the cases, and we’ll take all the ones we can.

They said they needed two weeks to “flatten the curve.” Let’s make sure they don’t flatten our civil liberties while they’re at it!

I am so impressed with Amy’s courage and fighting spirit. And I know from experience that Daniel is a very conscientious and hard-working lawyer. All we need is help to crowdfund this project — if you can, please click here to join our campaign!

And if you know anyone else who needs help, have them fill out our form at FightTheFines.co.uk too. Thanks!

BREAKING: Supreme Court rules against Cuomo, in favour of places of worship

After seven months of fighting the fines, it's time to face Canada's second lockdown